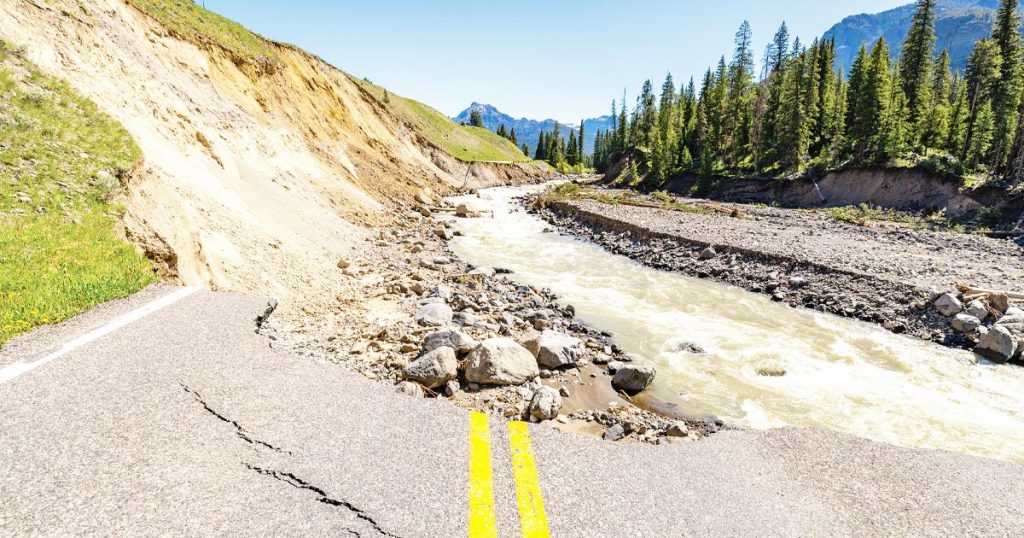 On June 13, 2022, Dr. Catherine Raven was teaching a group of seniors on the Fishing Bridge above the Yellowstone River when the announcement came over a park ranger’s radio. All entrances to the park were closed.

Cathy had been in Yellowstone during the catastrophic 1988 wildfires. Even then, the entrances had not closed. So, she knew this meant a dire emergency.

But, once the ranger hurried away with his radio, the group had no way to find out details. As a former ranger, Cathy only knew she had to get her students safely to their bus and out of the park. “It’s better to be stranded outside Yellowstone than to be stranded inside Yellowstone,” she said.

The water under the bridge was already turbulent. Soon it would turn into “thick cocoa, churning like a mud pot.”

Cathy’s students were Road Scholars from the University of Montana, Dillon, a popular class she has taught since 1999 for people over 50. During three previous days, they had been based at the Canyon Lodge where she describes “more rain than I’d ever seen.”

Now, their bus headed for the Tetons and made it to Jackson, Wyoming.

Emergency texts vibrated her phone with alerts like, “Evacuate now or shelter in place,” and “Shelters are full in Livingston.”

While her students scrambled to find alternate transportation because of canceled flights, Cathy worried about her house in the Upper Yellowstone Valley, which overlooks the river. Based on road department updates, she headed north alone in her Subaru for the day-long journey.

“It was the scariest thing I’ve ever done. Totally isolated. No one knew where I was. No cell service.”

En route, she worried about wildlife that lived around her home. A family of skunks inhabited a culvert on a part of her land that she knew would now be underwater. Her spy-cam had previously captured a mother fox with kits in the area.

She arrived to find her house untouched, safe on high ground. But others were not so lucky.

When a bridge south of Livingston washed out, she saw neighbors’ homes destroyed.

“If you live on a river, you expect flooding, but these people were far away, on the opposite side of the river and across the highway. They didn’t even have a view of the river, but it destroyed their homes.”

After Covid struck in 2020, communities adjacent to Yellowstone filled with tourists seeking escape to wide open spaces. Locals, already accustomed to heavy traffic, watched gridlock increase. Solid lines of vehicles were parked along the highway, with people often sleeping in their cars.

However, the day the park re-opened, 10,000 visitors were already waiting at the entrances.

Cathy’s weekly Road Scholar were supposed to resume in July but were canceled because roads couldn’t handle bus traffic. She is trying to arrange substitute vans, but plans are uncertain. Seniors travel from all over the United States to attend her classes, which have a limit of 24 students per session. Normally they are filled to capacity.

Many businesses and residents in the region have also wondered how the rest of the summer would unfold. They had been poised for a record-breaking season with the celebration of Yellowstone National Park’s 150th anniversary.

Instead, they are recovering from what some are calling the 1,000-year flood.

At the time of this article, 93 percent of the roads were open—the North and South loops. The northern range remains closed to all vehicles. Because construction is ongoing, check the website for the most current road conditions.

With a PhD in biology and as the author of the bestselling nature memoir Fox and I: An Uncommon Friendship (Spiegel & Grau, 2021), Cathy is keenly aware of ecological effects of the natural disasters on wildlife. Long-established grazing lands were underwater and former migration routes were no longer accessible.

“Elk are stranded on the wrong side of the river,” she said. “I watched a cow elk, separated from the herd, running back and forth in a panic. Foxes can’t hunt in the pouring rain. Bald eagles can always eat carrion, but ospreys can’t fish. And fish can’t survive in mud.”

In the days following the flood, her spy-cam caught the mother fox one last time, ribs protruding. The deluge had prevented her from catching prey because she couldn’t hear it. Nor could she feed her kits.

In addition, in the weeks following the downpour and flooding, plant life went wild, germinating seeds that haven’t grown in years.

“There’s no dirt visible on my property because every bit is covered with thick wild grasses,” said Cathy. Although beautiful early in the season, she said it could mean more trouble later in the summer.

“Wet Junes make for bad fire seasons because there is so much fuel to burn when it dries out in August.”

“The heat is unusual and the vixen may have moved higher. This hasn’t happened before,” she said. “I think wildlife has suffered a double blow: the torrential rains, and now the excessive heat.”

In her classes, Cathy contrasts the Missouri and Yellowstone Rivers. Because humans have straightened the Missouri’s curves and rerouted branches, the present-day river is 120 miles shorter than the waters that Lewis and Clark traveled in the early 1800s. It has been changed into what she calls a “caged” river.

The Yellowstone remains a “wild” river, unaltered by humans and directed only by natural forces. “It’s beautiful to look at, but we don’t control it,” said Cathy.

To Learn more about the Road Scholar program at the University of Montana, Dillon. 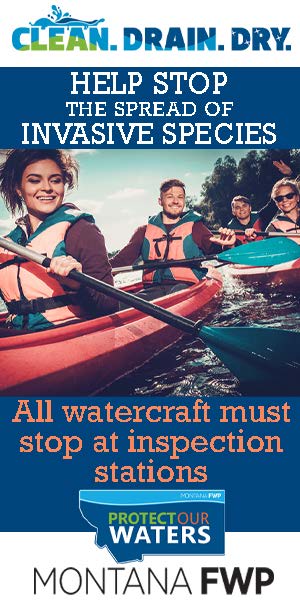