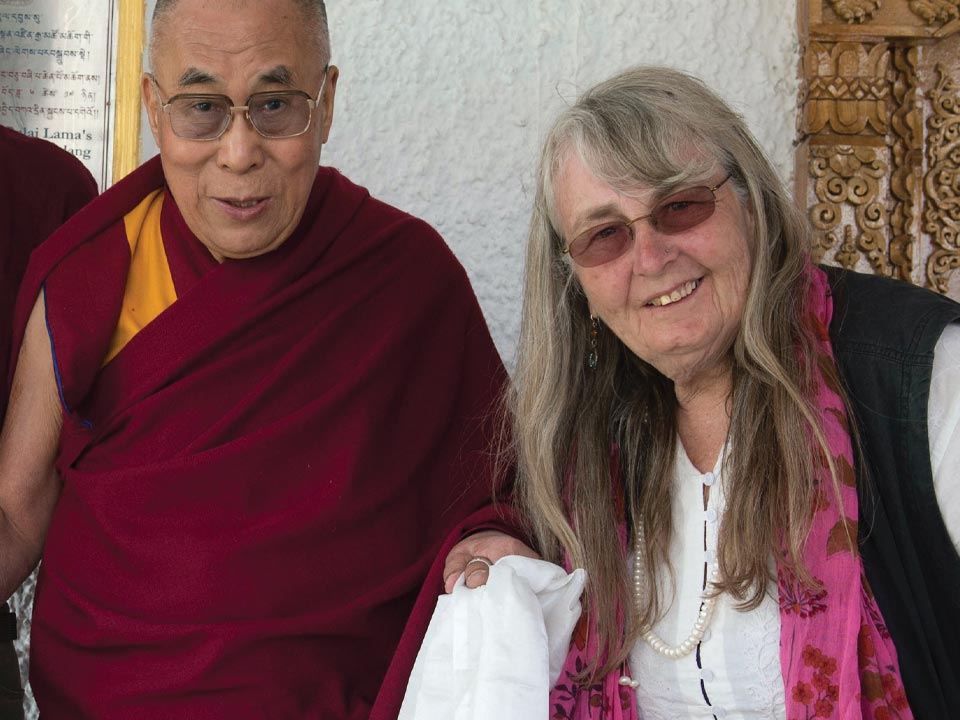 Protais Muzungu and Valerie Hellerman have never met. They hail from different backgrounds yet have both experienced the heartbreaking human tragedy collectively known as the refugee crisis.

It’s a woefully inadequate and often misunderstood phrase for people forcibly displaced from their homes in mass proportions—nearly 80 million in 2019, according to the United Nations High Commissioner of Refugees (UNHCR).

That’s roughly 1 percent of the world’s population, which may seem like a very small amount until you find yourself amongst them. Or until you consider that less than one percent of refugees ever get resettled.

Muzungu was one of the lucky ones.

In his early 40s, he fled the civil war that had broken out in his country, alternately known as Congo, Zaire, and now the Democratic Republic of Congo (DRC).

The sub-Saharan African nation just south of the equator is the second largest on the continent, and has been exploited since the 1500s. Early on, its people were taken as slaves while the 1900s saw rubber, copper, and diamond industries wreak havoc.

Although the country gained its independence in 1960, it has nonetheless experienced a series of dictators, military coups, economic devastation, and civil war.

During one such bloody conflict in 1998, Muzungu fled his home in Kalemi on DRC’s eastern border with Rwandi, Burundi, and Tanzania. He ended up more than 400 miles south in Mporokoso, Zambia, at the Mwange Refugee Camp, one person amongst 15,000 others in need of food, shelter, and basic necessities. He didn’t know if or when he’d ever be able to go home or if there was anything left to return to.

“The term refugee is a legal term to identify someone who has crossed an international border and seeks resettlement in a third country,” explained Georgette Siqueiros, community engagement coordinator for the Boise branch of the International Rescue Committee (IRC), which helped Muzungu when he arrived in the United States and settled in that region in 2015. They’re one of nine such agencies who partner with the State Department, working with both refugees and asylum seekers under the umbrella term “displaced person.”

The UNHCR further defines a refugee as “someone who has been forced to flee his or her country because of persecution, war, or violence. A refugee has a well-founded fear of persecution for reasons of race, religion, nationality, political opinion, or membership in a particular social group. Most likely, they cannot return home or are afraid to do so. War and ethnic, tribal, and religious violence are leading causes of refugees fleeing their countries.”

“I think that’s one of the misconceptions, that people are wanting to come to the USA like it’s an adventure,” said Valerie Hellerman of Helena, Mont., a retired nurse and former project manager of the Tibetan Children’s Education Foundation.

“That’s not true,” she said. Hellerman also formed Hands On Global in 2016, to provide medical support in areas of high need. “They’re desperate.”

Although the non profit originally worked in India, they’ve also assisted at the U.S.-Mexico border, as well as two camps in Greece—Lesvos and Samos—where refugees from the Aegean Islands have poured in, non-stop.

“Humanity’s cruelty to humanity…I don’t get it,” said Hellerman, who has talked with her team about how privileged they are by comparison. Perhaps even more important than providing medicine, they provide medical help and companionship for those who need it, she said.

Moria Camp on Lesvos has been decried for its lack of sanitation, water, shelter from the elements, and rampant overcrowding. It was the largest refugee camp in Europe before it burned to the ground recently, displacing a population that had already been displaced.

Hellerman shared a story about the Samos camp (it was hit by an earthquake October 31), which Hands On Global visited in 2019. After waiting three hours in line, an older woman from Syria came in, the sole survivor of her family. Her children were gone, leaving her to care for her four grandchildren, crawling on swollen knees in and out of the squalid tent they shared.

“It made me cry,” said Hellerman, who at 69 with four grown children could see herself in the woman’s eyes.

Although they see more younger people in the camp, being a refugee is especially hard on older people, according to Hellerman. People used to look up to them, and now they have to rely on their children and the grace of strangers.

“They’re really diminished in their roles now,” she said.

Muzungu understands that firsthand. In 2006, eight years since fleeing his home, his case for resettlement was accepted for consideration. However, he did not know if or when he’d be resettled, nor where.

“As a refugee, we don’t have a choice,” said Muzungu.

“Less than 1 percent of the world’s 26 million refugees are resettled, and those who do go through the process of resettlement don’t have a choice of the city or even country in which they are resettled,” said Siqueiros.

Four years after arriving at Mwange, Muzungu moved to Maheba Settlement Camp, also in Zambia. Although he no longer received the healthcare, food, shelter, and other support he might have had at the refugee camp, the facility was less densely populated, and he received some land where he could grow some food.

“And you make your own shelter using a plastic tent,” he said. “It’s like a test.”

It’s not the only test refugees must pass; there is still the matter of host countries.

The United States has been a haven for those seeking a better life since its inception and has resettled more than three million refugees to date.

In World War II, Congress paved the way for 400,000 refugees from Europe, followed by waves of displaced persons from Korea, Russia, Cuba, and other Communist-led regions. In 1975, Hmong and other arrivals from Indochina numbered several hundred thousand.

In 1980, the Refugee Act codified the United States’ willingness to accept refugees based on a number that the executive and legislative branches of government jointly agreed on, with input from various government agencies.

Last year, however, an executive order allowed state and local authorities to opt out of accepting refugees, in effect politicizing what had previously been a bi-partisan program (it’s still under court challenge).

States and localities had to give written approval, which is not clearly defined. In Montana, that meant the governor and county commissioners had to give consent, explained Jen Barile, Resettlement Director for IRC, Montana’s only resettlement agency.

“Missoula asked for and gained support from the mayor, too,” said Barile.

Montana is a relative newcomer to refugee resettlement, added Barile, who noted that the Missoula-based IRC was active from the 70s through to the 90s, but closed for nearly 20 years. It reopened in 2016 at the urging of community members and has seen the bulk of refugees from the Democratic Republic of Congo, followed by Eritrea, Syria, Iraq, and Ethiopia.

“A lot of people we resettle don’t have any context; they’ve never known any life outside of a resettlement camp,” said Barile.

For Muzungu, the end came in 2015. Nearly two decades since escaping the Democratic Republic of Congo, which has come full circle and now is home to 4.5 million people with more than 536 thousand refugees from neighboring African countries, Muzungu resettled in the United States near Boise, Idaho. He was 58.

Although he had a career in social work prior to leaving the DRC, he struggled to find work in his field and instead took physically demanding jobs, including at Micron and Walmart. Language was a challenge for him, and, of course, he missed his people.

“I don’t have anyone to share my culture in America,” said Muzungu, who is of the Tabwa tribe.

Regardless, he and his wife persevered, raising children and now grandchildren.

“We are trying just to work hard so that we can have a better life,” said Muzungu, who has found work at IRC helping fellow refugees, as well as a second job as a caregiver at a senior facility.

In his spare time, he reads a lot, mostly American literature, and listens to gospel music, plays piano, visits with family, and occasionally catches bits of news about the Congo. He has no desire to ever return there.

He tells his children, “You know we are coming from a poor country,” he said. “and we have the opportunity to have a better life with working hard.” MSN