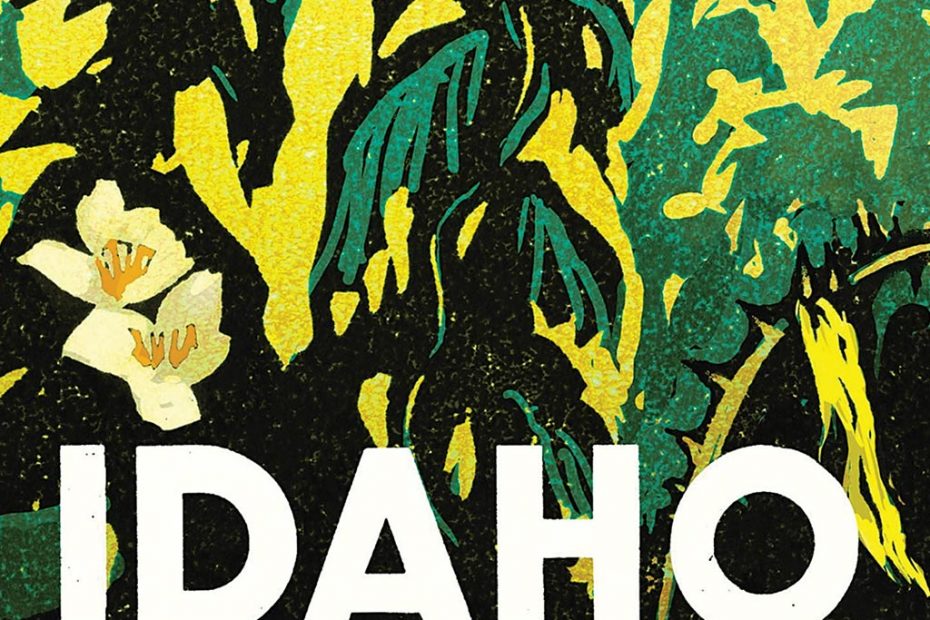 Idaho (Random House Publishing, 2017) is a haunting debut novel by Emily Ruskovich. It’s a story rooted in a terrible tragedy, which dramatically changes the course of several lives.

Ruskovich explores the power of love and friendship, the heavy weight of grief, the pain of mental illness, and the fragility of memory.

The north Idaho mountain that is home to Wade and Jenny and their two young daughters—and later to Ann—looms over its inhabitants both physically and emotionally.

The author grew up in north Idaho, so she knows the landscape intimately. If you’ve ever spent time in this region, you will immediately recognize the rugged and majestic mountains and serene lakes and rivers, which Ruskovich describes in lyrical, almost poetic prose.

If you haven’t been there, you will want to visit after reading this book.

The timeline of the story is non-linear, with the action moving back and forth in time over several decades—from past to present, from present to past, from one year to another. This is, admittedly, a technique that might be disorienting to some readers; however, I found that the storytelling style worked exceptionally well, because it mimics the way memory works.

And memory is one of Ruskovich’s main themes in Idaho.

Our memories also dart about in time, usually with no clear pattern. We might first recall an event from deep in our past. Next we may remember something that happened yesterday. Then we might think about an occurrence of a few days or months ago.
If early-onset dementia attacks—as it does, sadly, to two characters in the novel—all memories will eventually disappear.

Ruskovich uses the third-person perspective throughout the novel, allowing her to observe all of the characters from a slight distance. This, in turn, enables the reader to watch each individual’s story as it unfolds, eavesdropping on the characters’ thoughts and feelings.

I found myself tearing through the book, wanting to know the “why” of the tragedy and wanting to know what happens to each character. But because Ruskovich’s use of language is so rich and evocative, I often halted to re-read passages, just to enjoy again the images and feelings her words conjured.

Occasionally I had to close the book and take time to recover from the wave of sadness that engulfed me.

Idaho is both sorrowful and, at times, joyful. It’s not an easy book to read, but it is a gorgeous, lyrical novel that you will think about long after you’ve finished reading. I hope Ruskovich is working on another novel, because I would read anything she writes.

Idaho was the winner of the 2019 International Dublin Literary Award, won a Pacific Northwest Book Award, and was a shortlisted finalist for both the Edgar Allen Poe Award and the Dylan Thomas International Prize.

The book has been featured in O, The Oprah Magazine, The New York Times, The San Francisco Chronicle, among other publications.

Ruskovich’s short fiction work has appeared in Zoetrope, One Story, and The Virginia Quarterly Review. Her non-fiction, articles, and reviews have been published in The Paris Review, LitHub, The New York Times, and The Guardian. She is the 2015 winner of the O. Henry Prize for short fiction.

Ruskovich lives with her husband and young daughter in southern Idaho, where she teaches undergraduate and graduate fiction writing at Boise State University.