Who’s Afraid of the Big Bad Ants? — Them! 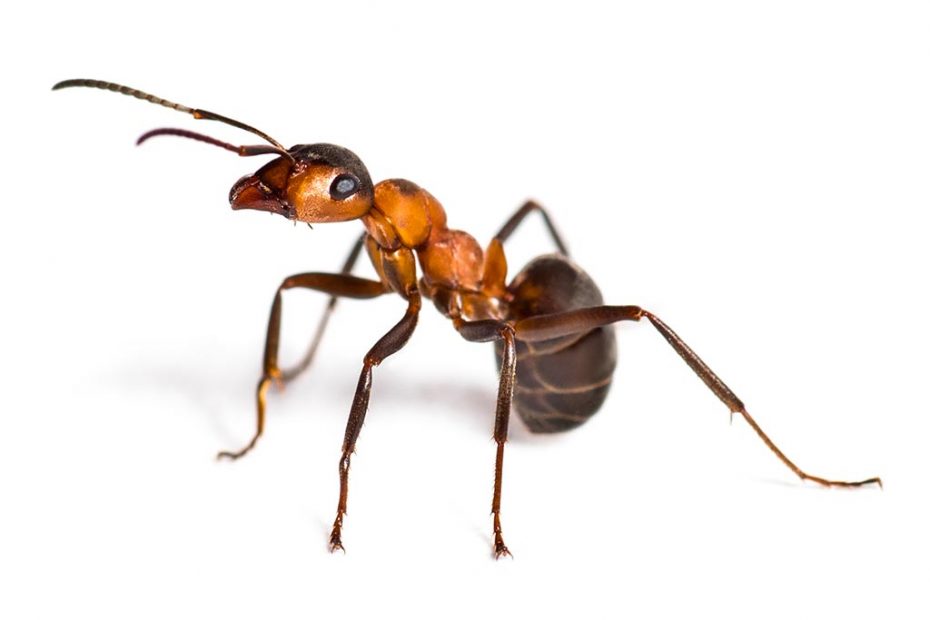 Remember those dreaded “duck and cover” school drills that (supposedly) prepared us for surviving an atomic bomb attack? If you do, you probably also recall one particular movie that reflected what so many of us worried about—Them!

The 1950s were the golden years of teen-oriented horror films, and one popular subgenre in that decade featured dangerous, oversized creatures running amok and wreaking havoc while chewing up hapless humans along the way. The first of such offbeat offerings was the now-classic 1954 giant-ant thriller, its existence being owed in large part to Ted Sherdeman.

After two Japanese cities were annihilated by American atomic bombs in 1945, Sherdeman adopted a lifelong hatred of all nuclear weapons. After serving in World War II, he became a staff producer at Warner Bros. One day, a studio worker pitched Sherdeman a science-fiction story idea about gigantic, destructive, irradiated ants.

“The idea appealed to me very much,” Sherdeman told the horror/fantasy/sci-fi periodical Cinefantastique years later. “Aside from man, ants are the only creatures in the world that plan to wage war.” [Since he uttered that statement, however, it has been shown that certain chimpanzee “gangs” also share this unfortunate trait with humans.]

Sherdeman’s script promoted his anti-nuke philosophy by having a savvy old scientist declare that the ants’ mutations were probably caused by lingering radiation from the first atomic bomb. He also grimly quotes the Bible: “And there shall be destruction and darkness come up in creation, and the beasts shall reign over the Earth.”

The movie’s deadly creatures appeared onscreen via a combination of puppetry and animatronics (lifelike robots or puppets used in films decades ago).

For Them!, two fully operational mechanical ants were constructed, the first being a 12-foot behemoth outfitted with gears, levers, motors, and pulleys. The big insect appeared mainly in long shots. For close-ups, the front three-quarters of a large-scale ant was built and mounted on a camera crane. Smaller, non-motorized models were used when a scene called for ant swarms.

Them! was originally to be shot in color and 3D; however, the bean counters at Warner Bros. nixed the extra expense, so the film was released as a two-dimensional, black and white “B” movie. To Warner Bros.’ surprise, Them! raked in $2.2 million—about $20 million today.

Two famous actors owed their spectacular careers to Them!. In 1954, Walt Disney was developing a series for ABC-TV based on frontier legend Davy Crockett. James Arness (who played an FBI agent in Them!) was on Disney’s short list of candidates for the starring role. However, a young Texan in Them! named Fess Parker also attracted Disney’s attention.

When Parker appeared briefly on the screen as a pajama-clad pilot locked in a psych ward, Uncle Walt knew right then that he had found his leading man.