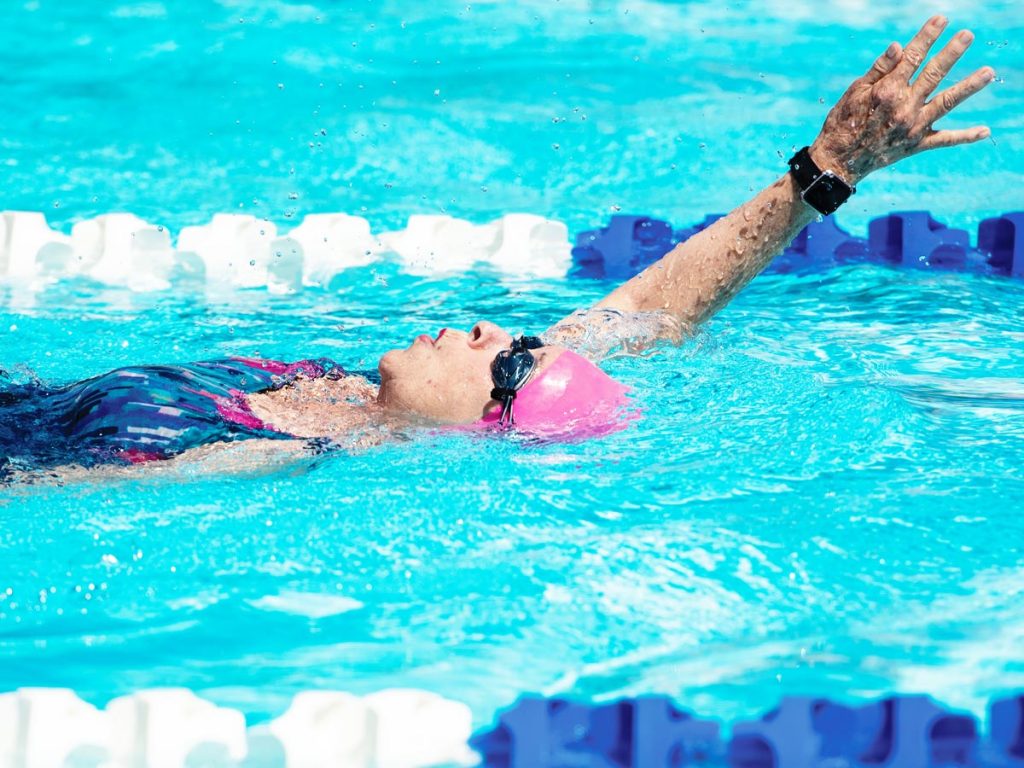 Retired educator and former mail carrier Charles Widdicombe hadn’t seen his Great Falls high school coach since graduation. Shortly after he turned 50, his coach contacted him out of the blue and invited him to practice throwing the discus and shot put. That led to Widdicombe’s first entry in the Montana Senior Olympic games.

He quickly became hooked and has participated in the games for 24 years, winning the Athlete of the Year in 2019.

“Knowing that there will be another get-together of like-minded, friendly seniors each summer gets me excited about staying active,” said Widdicombe.

On September 9-11, 2021, the Montana Senior Olympics will be held in Missoula, showcasing 15 different sports, including archery, basketball, cycling, pickleball, swimming, table tennis, and more. Normally more than 300 athletes participate from all over the state.

Although the pandemic canceled the 2020 games, the event is coming back strong this year with plenty of winning spirit.

Archer Richard Paschke began training 90 days before the annual games, shooting 50 to 100 arrows a day. He described “blank bale” shooting: “I stand within 10 feet of a target but without a target face. The idea is to concentrate on the muscle activation during the draw, hold, aim, and release phases of shooting. I often close my eyes and feel the mechanics of shooting.”

“You must learn to adapt to ‘real’ conditions before tournament time,” he said.

For Paschke and other serious competitors, the state Senior Olympics is the qualifying event for athletes who want to advance to the National Senior Games.

Paschke recalled his first gold medal in 2007 at the Senior Olympics in Louisville, Ky.

“Temperatures on the field reached 125 degrees Fahrenheit during the shoot. A fellow archer from Maryland alerted me to readjust my brace height (the distance the bow string is from the bow handle). The bow strings were stretching because of extremely high temperatures.” Although they were competing against each other, the more experienced archer helped Richard in the true spirit of sportsmanship typical of Olympians.

Fifty is the minimum age to enter senior games. Athletes are divided into age groups 65-69, 70-74, 75-79, etc. That ensures fairness as they compete against others within a similar range. According to games director Anna Bruning, some participants continue into their 80s, 90s, and even a few into their 100s.

In 2019, Mary Birgenheier of Highwood earned first place in the women’s discus throw for age 90+ at the nationals in Albuquerque, N.M. Fellow athlete Peter Charles Briant of Great Falls remembered coaching Birgenheier in shot put and discus. He said she “paid” him with a jar of pickles.

Since 1998, Darrell McNenny of Missoula has run in 5K and 10K road races, as well as his specialty, the 400-meter dash. According to McNenny, participating in these events is about more than just making friends.

“Perhaps the greatest by-product [of the games] is the continuing incentive to maintain a training regime throughout the year, so I don’t shame myself too badly when it comes time to actually compete.”

As McNenny approached his eighth decade, he realized he had to back off a bit since road races and track competitions often happen on the same day, not leaving much rest time between events.

Competitors sometimes break their own records from prior years, upping their personal best, undaunted by additional birthdays.

However, setting records isn’t the goal for many participants. They simply want to stay physically active to maintain good health.

“We have all had that satisfying, relaxing feeling after a bit of exercise, but that is sometimes not enough to get us up and going on a regular basis.  This is where the Montana Senior Olympics comes to the rescue,” said Widdicombe

The games provide that extra incentive as well as an opportunity to reconnect with friends from all over the state.

Longtime regulars refer to Kay Newman of Bozeman as the “guiding light” of the Montana games. Several decades ago, during Newman’s first year as director, a June snowstorm threatened the event.

“People were calling me from all over the state,” she said. “I was new at the job and didn’t know enough to be worried. But everything came together fine.”

Newman used to participate in running and race-walking, but things are different now.

“These days, I don’t compete anymore—I just run from event to event,” she said.

For more than 30 years, the games rotated among different host cities in Montana. Then, two years ago, Missoula Parks and Recreation Department offered the Senior Olympics a permanent home base. The P&R department now assists with administrative work as well as providing venues around Missoula.

Social activities highlight the weekend, including an athlete’s banquet on Friday, September 10, as well as “one-off” gatherings for individual sports.

Entry fees are a base rate of $28, plus $5 for each additional sport entered and are waived for those aged 85 and above. Events like golf and bowling may also require a small facility fee. Sponsorships help keep costs low for seniors on fixed incomes.

Spectators watch the games for free. View the schedule at montana.fusesport.com/page/Event-Schedule-x-9036-22-17009.html.

For those who’d like to be involved but not compete, there are plenty of volunteer opportunities available. Anna Bruning says they always need time keepers, people to handle check-in and record results, as well as setup and take-down. To help out, call Anna at 406-552-6664.

Whether as a spectator or competitor, anyone who attends the Montana Senior Olympics in September will meet hundreds of lively, active folks who share the camaraderie and fun of sports. MSN