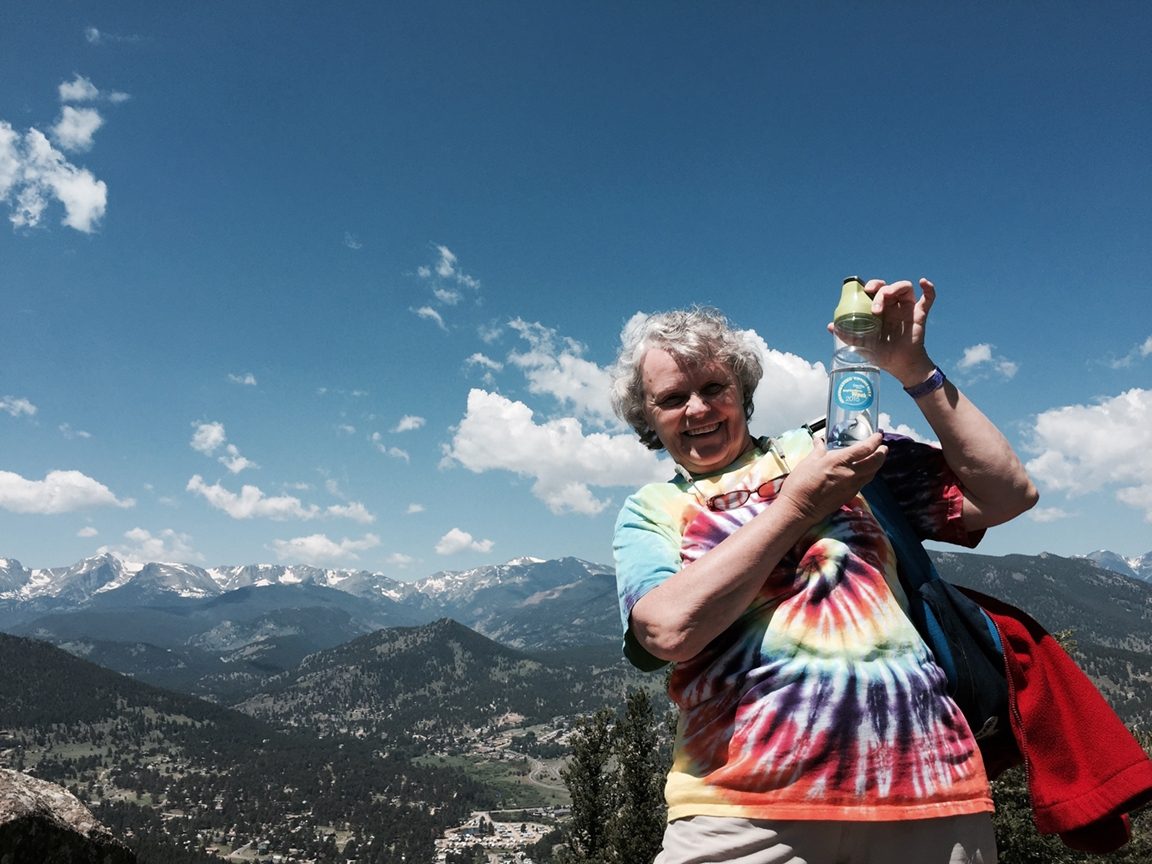 Sheila Rice embodies what the phrase “Montana Citizen” is all about. Born in Anaconda and raised in Great Falls, Rice has devoted her life and career to public service in the Great Falls community and throughout the state of Montana. She recently threw a party in celebration of her 70th birthday, and this gave her a chance to reflect on a rich and fulfilling career in two different fields, both of which involved improving the lives of the citizens of Great Falls and Montana.

She attributes her dedication to civic engagement in part to her Catholic upbringing, which she says emphasized the virtues of social justice.

“Being raised Catholic gives you a sense that we really should live the golden rule,” she says. “We should treat everyone the way we want to be treated. And we should live like Christ wants us to live.  We should be nonjudgmental, we should care for the sick and the lame. And for the sinners!” 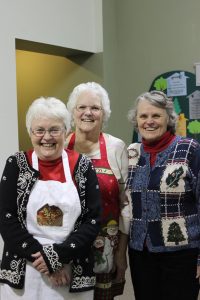 She relates a saying she heard a lot growing up, one that happened to be a favorite of her mother’s: “Much is required from those to whom much is given,” a passage that may be traced to the book of Luke in the New Testament.

“What that means to me is that if you are fortunate enough to be born into a good family and benefit from a good education,  you should pay back that debt to the society.”

But like many young people, she got off to a rocky start and found herself in a situation common for many women: she was a single mother of three in 1971, with only a high school diploma and few prospects for a better life. To survive, she was living on Aid for Dependent Children and Food Stamps. Her mother encouraged her to go back and finish college.

“Well,” replied her mother, “How old will you be in four years if you don’t go back to college?”

So Sheila returned to school, earning a B.S. in Chemistry and graduating in 1974. She attended the local college, which in those days was called The College of Great Falls, founded by the Sisters of Providence in 1932 (The school recently changed its name to The University of Providence, in honor of the sisters who founded it). She later earned an MBA at the University of Montana, and, more recently (2006), was awarded the opportunity to take classes at Harvard University in Community Development and Housing at the Kennedy School for Government.

Immediately upon graduating in 1974, Sheila started in earnest to pay back her debt to society: she went to work for a nonprofit called Community Coordinated ChildCare—Four C’s for short—where she worked with preschool-age-childcare providers to improve daycare offerings for women who were in the same situation she had been in.

In 1978, she began what was to become her first major career: she went to work in the marketing department of The Great Falls Gas Company, which is now called Energy West.

In the course of her 25 years at the gas company, she worked in a variety of areas, from marketing to management.

“When I left in 2003, I was President of the non-regulated energy part of the company,” she says. And while she did not work directly with the chemistry side of gas development, she says having a degree in chemistry was immensely beneficial. “Having the background in chemistry taught me the scientific method,” she says, “and that method of problem solving is beneficial in business.”

In the meantime, Sheila entered politics, eventually serving two terms in the Montana Legislator for House District 33 (which has since succumbed to redistricting).

“I had always been active as a volunteer for the Democratic Party,” she says, “And in 1990, I ran for that open seat and won.”

She served in 1991 and 1993, which covered two regular sessions and three special sessions.

“I pride myself on having worked well across the aisle,” she reports. “We were able to pass legislation proving additional funds for low-income families in need of weatherization for their homes, and helped expand Aid for Dependent Children.” Sheila also carried the bill for state funding of the Lewis and Clark Interpretive Center, now one of the central cultural attractions in Great Falls.

But eventually, she chose not to run for a third term. “I felt it was unfair to my employees for me to be away from the desk for four months at a time.” But her conciliatory approach to politics is remembered by many from those years, and has long counted both Democrats and Republicans as her close friends. “In these days of such partisanship, it is hard to get things accomplished,” she points out.

In 2003, she switched career paths. She announced her retirement from Energy West in 2003, but the call of community engagement wouldn’t let her rest for long.

“I retired on a Friday,” she says laughing, but I went back to work on Monday for Neighborhood Housing Services.” Now called NeighborWorks Great Falls, the organization is part of a national network called NeighborWorks America. “It was actually started by congress to address problems of blight and decay in urban areas,” she explains.

NeighborWorks Great Falls has a local board of directors, and Sheila points to the impressive resume of accomplishments the local agency has had on Great Falls.

“In my time at NeighborWorks, we’ve built 117 houses through our owner-built program and built or preserved over 216 apartments in the Great Falls area, both of which provide homes for low-income families.”

The owner-built program involves a comprehensive community effort in which 10 families work together to build ten houses, each family contributing 1400 hours of labor over the course of eleven months. No one gets to move into their house until all the units are completed.

She also guided NeighborWorks Great Falls’ entry into rental development, in response to a serious shortage of quality, affordable apartments. NeighborWorks helped in the development or renovation of 328 apartments and has another 124 on the drawing board.

In part for spearheading these efforts, Sheila won a lifetime achievement award at the Montana Housing Conference.

In addition to the “day jobs” she has held in community involvement, Sheila also has an impressive resume for her volunteer work. She continues to work as a political organizer and fundraiser for the Democratic Party, she serves on the board of directors for several national organizations, including the Neighborworks Rural Advisory Committee and the NeighborWorks Home Ownership Steering Committee, both of which require travel to Washington, D.C.

“That part is especially nice, because I am able to regularly see my grandkids in Virginia,” she notes.

Locally, she serves on both the board of the Business Improvement District for Great Falls and the Downtown Development Partnership. She’s the second longest-serving Rotarian woman in the state, having been an active Rotary member since 1988.

“Only Sheila Stearns, the acting President of the University of Montana has more time under her belt than I do as a woman Rotarian,” she laughs. She’s perhaps most proud of serving on the board right now of the Montana Budget and Policy Center, a sort of think tank that is nonpartisan and dedicated to finding and studying data for making policy decisions.

“I’m all for basing policy on actual data, rather than politics,” Rice explains, clearly an echo of her firm grounding in the scientific method.

Though she just celebrated her 70th birthday at a Great Falls Voyagers game this summer, and she’s once again on the brink of retiring from NeighborWorks, effective in February 2018, Sheila manages to keep her calendar fully booked. In fact, when I called her for an interview, she asked to call me back in a few hours because she was on her way to give a presentation at the Great Falls Public Library on a recent trip she had taken to Tasmania through Rotary’s friendship exchange program.

Among the civic showcases of Great Falls’ local Rotary chapter is Camp Rotary in the Little Belt Mountains, where they host both Camp Sky Child, for children whose parents are in prison, and Camp Francis, which is specifically designed for children who have recently experienced the death of a family member.

While some of us lament what we see lately as civic apathy and a diminishing sense of community involvement, Sheila is optimistic and upbeat.

“I actually see lots of non-profits springing up in Great Falls and around Montana, and I meet lots of young people who are enthusiastic about wanting to give back to their community,” she said. “I see young professionals highly motivated to making Great Falls a better place. I also see a lot of small business owners giving back to this community.”

She points to Andrew Gushausky, for example, who opened Cassiopeia Books on Central in Great Falls, where the Paperback Jungle used to be, and who hosts frequent readings and music events in the evenings. “I saw he had donated a basket of books to a fundraiser I was at recently.”

What does the future hold for this civic dynamo? When asked about her second retirement, she laughs. “Well, after February, for six months, I plan to lie on my couch and do nothing but read and take naps.”

I think she laughed at that prospect because she probably knows, like the rest of the community, that six months is way too long for someone like Sheila to sit still.