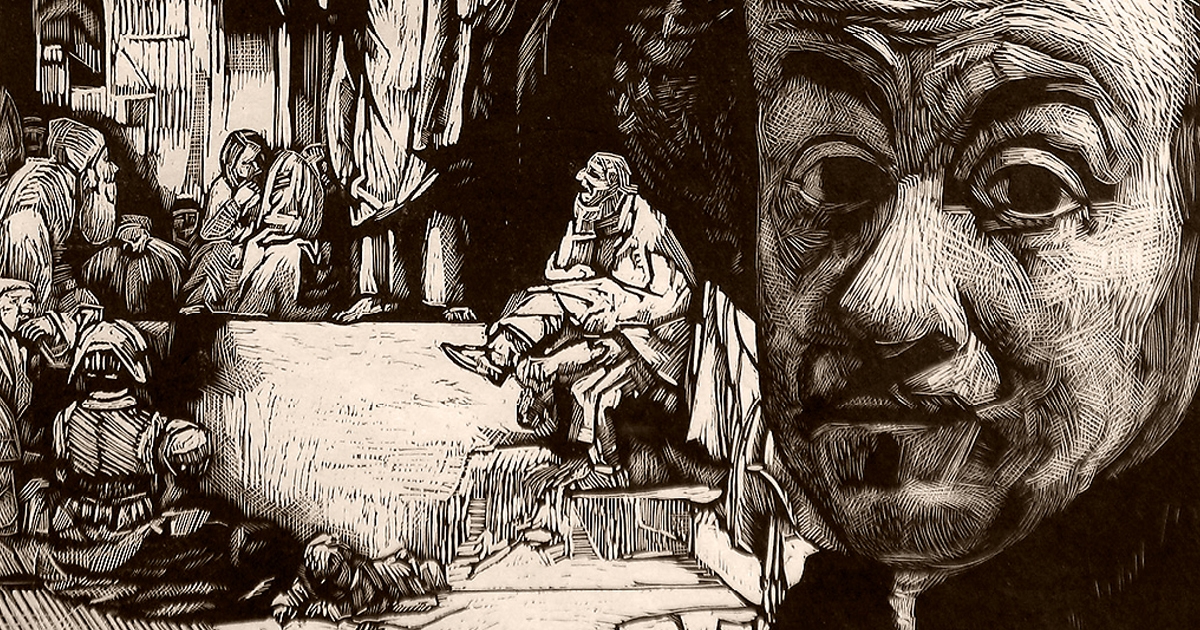 Even as a toddler, Missoula artist Jim Todd liked to draw. “I was drawing pictures as early as two,” he said. Practically all kids scribble, but Todd showed unusual talent for a child. Fortunately, his parents recognized their son’s artistic inklings, and because art was not part of the regular curriculum at his school, they arranged for him to take private art lessons at the Ursuline Center with one of Great Falls’ most famous artists in the 1940s, Mother Raphael.

They say that true artists are born, not made, but in Todd’s case, it seems a little of both.

He was born in Minnesota in 1937, but aside from a few years in Seattle during the war while his dad worked in the Navy Shipyard, Todd spent most of his childhood and adolescence in Great Falls, Mont. In fact, he has spent most of his adult life in Montana, and art has always been a central part of his life.

Now in his 80s, Todd continues to add to an already impressive portfolio of work. His latest project, a show called Looney Toones, has been traveling around the state since November and is currently on display at the Holter Museum of Art in Helena until April 15. His next exhibit appears in Great Falls at the Paris Gibson Square Museum of Art from October 20 to January of 2020. Next year it will reside at the MonDak Heritage Center in Sidney from February to May of 2020.

Looney Toones celebrates the consummate life of an artist both born and made, since it brings some of Todd’s earliest efforts—drawings he made as early as 5 years old—together with work he’s made in the last few years.

It’s an inadvertent retrospective with a fascinating backstory.

When Todd retired from a long teaching career in the art department at the University of Montana in 2000, his mother presented him with a gift that set the course of what would eventually become Looney Toones: she surprised him with a pile of drawings Todd had done as a child, which she had saved for more than half a century.

In addition to being touched by the thoughtfulness of his mother, Todd felt his artist’s instincts kick in. “I was struck by the images,” Todd said, “and I mean that in an objective way. After all, I certainly didn’t remember making most of them, and to my objective eye, many of them really were somehow compelling.”

Accordingly, Todd set to work making a series of woodcuts based on the drawings his mother saved. He recreated the crudely rendered but narratively promising drawings he had done as a kid, though now as fully conceived, mature artworks.

In assembling the work for the Looney Toones show, he arranged the paired images side-by-side. The title of the show itself acknowledges the influence cartoons and comic books have had on his career. What emerges as a result offers a unique insight into an accomplished artist’s history and techniques and reveals a kind of consistency and integrity that very much defines the career of James G. Todd.

At the same time, viewers can see how an interesting and unanticipated narrative can emerge from taking seriously work that was probably started in a spirit of playfulness, even though much of the subject matter is haunting. Viewers will be struck by the obvious impact being a child during the war had on the artist. Todd spent more than 15 years working on the various pieces that make up Looney Toones.

The catalogue accompanying the show is called Looney Toones: World War II Drawings 1941-1945; Interpretive Wood Cuts 2000-2016, which presents the paired works on facing pages. It’s a compelling journey through the life of a world-renowned artist whom Montana has been fortunate to claim as a native son.

Todd earned a degree in Art from the College of Great Falls (now University of Providence), but after a year there, he landed an invitation to study at the prestigious Art Institute of Chicago and, following that, the University of Chicago.

“I feel fortunate to have had the opportunity to study art at two of the best institutions in the country,” Todd acknowledged, although he returned to Great Falls to graduate (in 1964), studying there under Sister Trinitas and Jack Franjevic, both of whom achieved considerable renown of their own.

“I was exposed to two very different traditions between the two of them—Trinitas was a champion of the abstract, and Franjevic was more classically inclined,” Todd explained.

Todd earned also a Master’s in Art and an MFA at the University of Montana, where he joined the faculty in 1971. He enjoyed a 30-year career at the university before retiring in 2000, having achieved international acclaim for his stunning woodcut and wood engraving prints.

Among his most celebrated work is the collection of famous jazz musicians, though he has done portraits of many Montana writers as well, including Roger Dunsmore and James Welch, who had been his colleagues at UM.

Whereas most printmakers use some type of mechanical printing press to transfer the images they have carved onto paper, Todd has almost always hand-printed his prints by carefully rubbing the back of the sheet with a tool to force the ink to transfer. It’s a difficult and slow process.

“I got the idea from another Missoula artist, Jay Rummel, who also printed his prints by hand. It can take me an hour or two, depending on the size of the block, to print each image,” Todd explained, pointing out that, unlike many printmakers, he tends not to produce many copies of each print.

“I tend not to work in ‘editions,’” Todd remarked. “I may only make a few copies of each print.”

While he has made limited edition runs of some prints, one quickly gets the sense when visiting his studio that he thinks of line drawing, printmaking, and oil painting as all part of a singular artistic process whose goal is the artifact itself.

Todd is also well-known as a painter, though he explained that printmaking became a natural default in some ways.

“Shipping paintings to shows is a much more complicated proposition than sending prints,” Todd told me, and by way of example pulls out a stunning painting called “Blind Mexican Musicians” from a rack he’d built from two-by-fours to hold his work. “You basically have to build a crate for each painting.”

Through his career, Todd has been sought after as an illustrator for literary books, including some of Montana’s finest poets, including Rick Newby (A Radiant Map of the World, which features five of Todd’s illustrations) and Roger Dunsmore (whose latest On the Chinese Wall uses a James Todd woodcut of Dunsmore in place of the usual author photo). In addition, he was tapped to illustrate Montana writer Swain Wolfe’s bestselling Woman Who Lives in the Earth with 14 illustrations.

In an exhibition catalogue from 2002, Todd spoke briefly of his artistic philosophy. “I made my decision long ago not to confine myself to any particular artistic approach or aesthetic philosophy,” he wrote, saying that Picasso probably influenced him “as much as that of any artist,” especially in his emphasis on creativity.

“[Picasso] saw his art as an ongoing investigation, and was always ready to either analyze a single topic with endless variations or, if necessary, to change his approach and subject matter overnight.”

Todd brings a similar flexibility to his art, which works because he is at home in several media—line drawing, wood cutting, engraving, and painting.

In that 2002 catalogue, Todd also expressed a refreshing belief in objective principles of design, a point of view that seems largely to have vanished in the age of the postmodern.

“Despite the variation of my content and style, I have been largely committed to the traditional principles of design and composition,” Todd wrote in 2002. “I believe that human art history from the Paleolithic age to the present strongly suggests that these visual principles may be physiologically based and are not merely cultural.”

Jim Todd happens also to be among the humblest of great artists you’ll ever meet. He sometimes seems genuinely surprised that so many people have taken such interest in his work, and while he appreciates praise as much as anyone, it’s clear he takes greater delight in talking about the history of art and the finer points of technique.

Lisa Simon of Radius Gallery in Missoula, which represents Todd, agreed: “He’s a teacher in his core,” Simon said. “I think early on he made a commitment to be a ‘scholar artist,’ which is really a rare category.”

That gets to the heart of Jim Todd the artist: he’s a man of numerous, considered ideas, and his art is a result of that thoughtfulness. MSN