Born into enslavement in Tennessee during the early 1830s and freed at the end of the US Civil War, Mary Fields went on to live an extraordinary life. The 6-feet-tall, powerful, and fiercely independent woman worked on Mississippi steamboats as a chambermaid. She worked manual labor at a convent and mission school, opened restaurants, and ran laundry businesses. She cared for children, and, in her later years, delivered mail on a rugged Montana mail route.

In 1870, Fields, a self-professed Catholic, took a train to the Ursuline Convent in Toledo, Ohio, to work for Mother Superior Mary Amadeus. According to the convent’s historical records, Fields had met Mother Amadeus when she was a paid servant for the nun’s sister.

At the convent, Fields did the laundry, managed the kitchen, and maintained the garden and grounds. By all accounts, she took her maintenance work seriously, often speaking firmly to anyone who stepped on the grass after she had cut it.

Mother Amadeus was sent to Montana Territory in 1884 to establish a school for Native American girls at St. Peter’s Mission, west of Cascade. Fields followed her the following year, and at the Mission Mary performed many of the same jobs she’d done in Toledo.

She also repaired buildings and fences as well as located and delivered supplies for the nuns. But Fields’ relationship with the mission staff was often rocky, probably because of the short temper for which she was well-known and perhaps because of her refusal to adhere to the gender norms of the time.

Fields often dressed in male clothing, and she regularly carried a gun, smoked, drank, and performed the types of physical labor usually done by men. The local Catholic bishop in particular did not approve of Fields, and he banned her from the mission about a year after she arrived.

Fields then moved to the nearby town of Cascade, where she was the only African-American resident from 1886 until her death in 1914. Her early attempts to earn a living there included opening one or more restaurants and a tavern. Unfortunately, these businesses failed, possibly because she gave out many free meals to people who were down on their luck.

She struggled along for the next several years by taking in laundry, doing childcare, and performing odd jobs around town.

Fields’ economic prospects improved when she was in her early 60s. In 1895, she obtained a contract from the US Post Office Department to be a Star Route Carrier, an independent contractor who delivered the mail, usually by stagecoach and in remote rural areas. This was a highly unusual contract for those times. Fields was the first African-American woman, and only the second woman ever, to be named a Star Route Carrier.

Her route ran between St. Peter’s Mission and the town of Cascade, a difficult 34-mile round trip. She delivered the mail for eight years in all kinds of rough weather without missing a single day of work. When the snow was too deep to drive the stagecoach she normally used, Fields trekked the route wearing snowshoes, with a heavy sack of mail slung over her shoulders.

For protection, she carried multiple firearms, including a .38 Smith & Wesson, which she hid under her apron—and she was adept at using those weapons. Fields’ ability to fend off bandits, thieves, wolves, and bad weather gained her a well-deserved reputation for fearlessness.

“Stagecoach Mary,” as she was called, also became known for her generosity and kindness to children.

In 1903, at the age of 71, Fields retired from her Star Route Carrier job. By then she had become a respected public figure in Cascade. Each year on her birthday, the town closed its schools to celebrate.

When Montana passed a law forbidding women to enter saloons, the mayor of Cascade granted Fields an exemption. When her home burned down in 1912, volunteers rebuilt it for her.

Fields died at Columbus Hospital in Great Falls in 1914. Her funeral was one of the largest ever seen in Cascade, where she was buried. Her fame continued to grow after her death, and a number of books, movies, and documentaries told the fascinating story of her life. Among these are a children’s biography, Fearless Mary: The True Adventures of Mary Fields, American Stagecoach Driver, by Tami Charles, and a TV (AMC) series, Hell on Wheels.

In 1959, actor and Montana native Gary Cooper wrote an article for Ebony Magazine, saying of Fields, “Born a slave somewhere in Tennessee, Mary Fields lived to become one of the freest souls ever to draw a breath, or a .38.” MSN 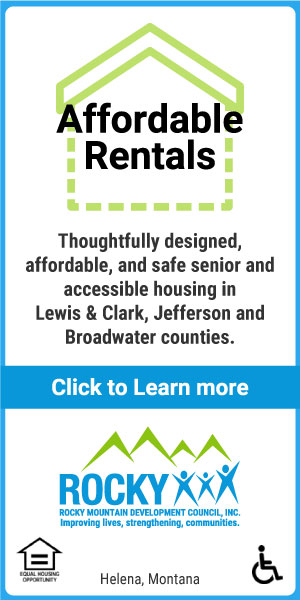