A Special Act of Friendship 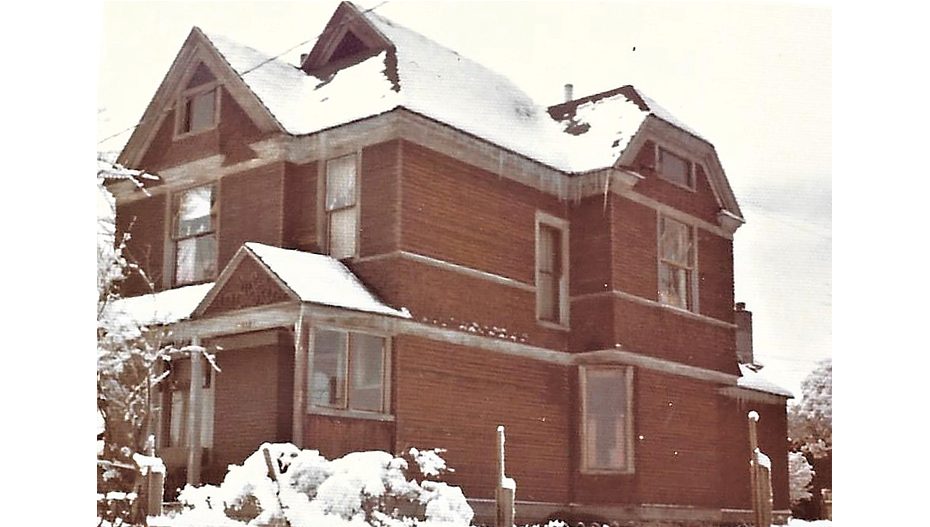 February has one holiday where we celebrate the birthdays of a couple of our better-known presidents and another where we celebrate love by buying our sweethearts lots of chocolate and other goodies. I learned awhile back that February is also Friendship Month. That fact got my old-timer’s mind thinking back to an amazing act of friendship we received from a neighbor more than 40 years ago.

We had bought our first home a year earlier in Helena, Mont. Our house was a classic “fixer-upper,” built in the 1880s, and, while it was still pretty solid in the early 1970s when we bought it, it was badly in need of some serious updating.

Even though the house had recently been lived in, it lacked such 20th-century amenities as central heat, electrical outlets, and, most surprisingly, sewer facilities. Though there was a water supply line into the house, it ended at a dry-box sink.

My wife, Bonnie, and I were young and blissfully naïve, so we jumped right into the fixing-up phase of our first home-sweet-home. We needed sewer facilities, extended water lines, and heat and electricity in most of the rooms before we could move in, so those were the first chores we tackled.

We completed the plumbing by early fall, and all worked well through the winter when we were home and kept things toasty warm, mostly with wood-stove heat.

The next March, school was out for spring break, so we decided to take an early vacation trip to Las Vegas to visit my wife’s older sister and to perhaps surprise our kids with a quick trip to Disneyland.

By then we had become good friends with our neighbors across the street, John and Peggy, so I asked John to keep an eye on our house while we were gone, and he happily obliged. Because we had made it through the winter with no major calamities, I figured John would have little to do in our old fixer-upper.

We headed south into the warm, righteous spring of southern Nevada.

Our vacation was enjoyable (and warm), and the trip home was uneventful. The old house looked shipshape, and John indicated only that the temperature had dipped (that’s Montana code for below-zero thermometer readings) while we were away and that he had built a fire in our woodstove on the coldest morning.

The next day, I went down to the basement to snoop around and discovered that John had done far more than build a fire on the coldest morning. The copper water lines running from the basement to the kitchen had been carefully wrapped with heat tape the entire distance to the cold north wall. That meant that John had to belly-crawl that infernally shallow crawl space, just as I had when initially installing the pipes.

John was bigger than me, and the ground was much colder when he wrapped the heat tape, so his work was more onerus than my pipe installation. He was also pretty tight-lipped about the whole experience, whereas I seem to remember whining a lot when I was installing the pipes.

When I went to John to try to pay him for the heat tape he had to buy and his labor (trust me—that crawl-space ordeal was REAL labor), he wouldn’t take anything for labor, and I had trouble convincing him to accept anything for the heat tape. When I managed to pry the whole story from him, I learned that he turned faucets on that first cold morning and got no water. Quickly thawing the pipes was essential to keep water from freezing hard enough to burst the pipes. Thus, without John’s neighborly intervention and hard work, we would have returned to a completely flooded basement and perhaps a flooded kitchen as well.

Though we have lived in different houses and neighborhoods since that first old house in Helena and have had other good friends and neighbors, that over-the-top kindness that John displayed in our very first home is at the top of my list. So, John, though you now live several states away, here’s a tip of my well-worn hat for that special act of friendship more than 40 years ago! MSN