The Naked Truth — Not A Bad Dream 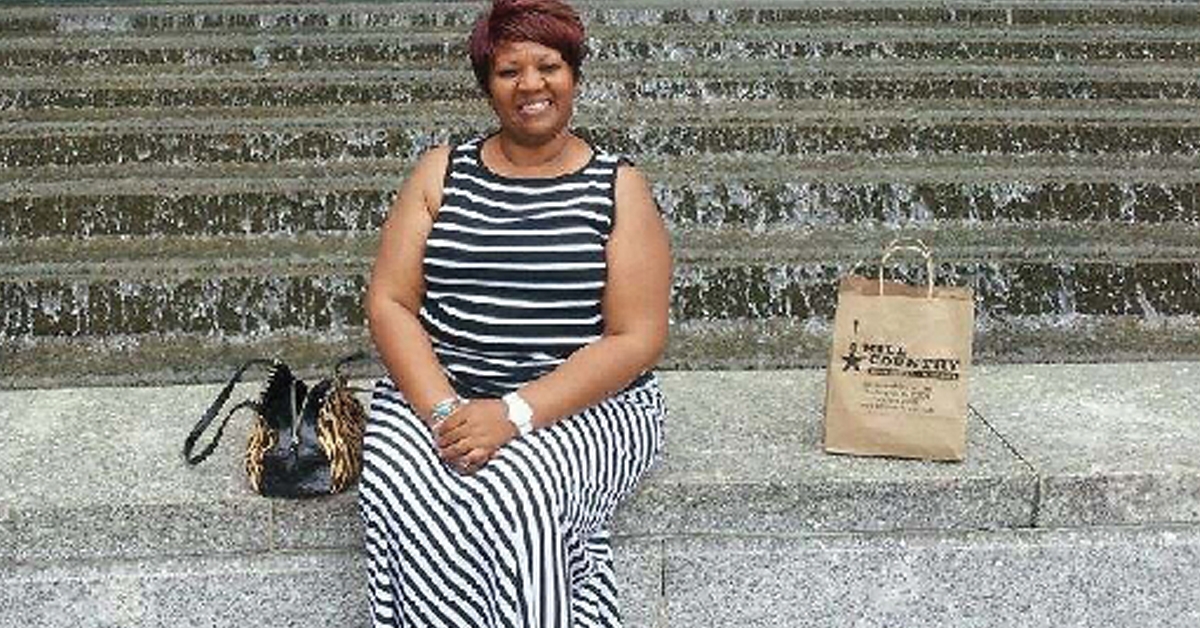 (SENIOR WIRE) Last spring, I went to the annual Cherry Blossom Festival in Washington, D.C. This is a terrific time to visit our nation’s capital, and the cherry blossom trees that the Japanese gave the U.S. in the spring of 1912 are usually in full bloom during the early spring. It was another adventure I can remove from my bucket list.

Whenever I travel I make it a priority to visit the city’s aquariums and especially the malls. I enjoy browsing the endless shops and boutiques and searching for unique items.

The first mall I went to was originally a post office many years ago and is currently a multi-level with food courts, and various shops.

There is something for everyone, particularly those on a shoestring budget. The food choices are diverse: burgers, Asian, Greek, pizza, and fried everything! If you close your eyes tightly, and wish upon a star, you might find a clean table in the food court. I had fun people-watching, while drinking my organic kale smoothie.

However, my thirst for adventure needed a little more octane. So, I went to a bigger mall with designer stores, real restaurants, and overpriced everything. This mall shall remain nameless for all time.

I generally wear a two-piece outfit while shopping for a new outfit. It’s much easier to try on separates this way. You also don’t have to see your entire undressed body in the full-length mirror.

I step onto the escalator like a middle aged, pre-Madonna, and for unknown reasons I feel classy on an escalator.

Suddenly, I feel my maxi skirt being tugged, it’s slipping down! I look down to see the hem of my favorite skirt caught in the escalator! I try and free the hem, as the fangs of the escalator rip and tear at the skirt. The entire skirt is being pulled off of my body!

I panic and perform a contortion act to rescue my skirt, and clearly I am losing the battle. At this point my skirt is down by my knees, and I continue pulling as the escalator pulls harder.

To avoid falling down, I manage to step out of the shirt, which is wrapped around my ankles.

I watched in horror as the white skirt with the black strips vanished into the demon-possessed escalator. I didn’t cry out, nor did I try and cover my scantily clad lower half.

The shock came in a different manner, an alternate level of shock – much like when my older brother told me that Santa Claus wasn’t real, like when I lost the third grade spelling bee by mis-spelling the word “American,” or when I found grey hairs for the first time.

I was exposed to a mall full of strangers that might take pictures and perhaps video of my shame. Before I could find a remedy, or at least do something more to disguise my lost dignity, the mall security was heading down the escalator, the same escalator in which I was traveling upward.

My head feels as if it will explode, and I see floating stars in the air around me. The two guards grab me by the arms, and quickly take me down the escalators, the wrong direction, for the wrong reasons!

I have a certain understanding that I’m going to prison while on vacation. Through my haze and utter confusion, I see people whispering, and taking pictures of me with their cell phones. A grey-haired woman from the crowd called out, “You go girl!” as if I were protesting against a cause.

I wonder if this will play out in social media. Will I be viral, and have a cult following?. Are there royalties for criminals on viral videos? If so, maybe I can use the money toward my legal defense.

The security guards take me to a small, dimly lit room in the bowels of the mall. The guard with the eye patch and the comb-over reluctantly offered me his jacket. Funny thing about losing one’s self-respect, it matters less for every minute it’s gone. So, I opted to cover my shoulders with the jacket.

The second guard with the missing middle finger and a tattoo on his arm featuring that middle finger gave me his jacket to cover my lower half.

A man wearing a suit and a bad toupee soon entered the room, and asked me the question that I never thought I’d have to answer. “Why are you naked in my mall?”

I calmly explained the situation to him, and he gave me a blank stare. He handed me a pair of ill-fitting men’s slacks to put on, and then he explained that it would take him an hour or so to watch the surveillance video.

He and the two mall cops exited the room, and I put on the two-sizes-too-small men’s pants. Why should I care what they look like? The orange jumpsuit that I would be wearing would look much worse.

The mall manager returned and this time he introduced himself properly. His tone had changed from perplexed and accusatory, to apologetic and remorseful. He proposed a legal document releasing them of all wrongdoing, and a large envelope of gift cards to nearly every store in the mall.

I had not been physically hurt, and felt properly compensated for the incident. I asked about my missing white skirt with the black strips, the manager lowered his head, and mournfully shook it back and forth. “We can’t find it.” He explained that they went so far as to turn off the escalators to check underneath, and all throughout. There was no sign of the skirt.

I shopped till I dropped on the mall’s dime, buying shoes, handbags, and several new skirts.

When I returned home, I checked a few social media websites to see if my mall antics were on any them – so far, so good? I still wonder what happened to my white skirt with the black stripes. Like the missing civilization of Atlantis, it’s out there somewhere.

Perhaps, it went to a parallel universe and some other lady is now the proud owner. Yeah, that’s more like it. MSN