Movie Review: Soul by Disney Plus

Soul is an abstract, computer-animated narrative about a New York middle-school band teacher named Joe Gardner (voiced by Jamie Foxx). One night, Joe goes to the opening of a music venue called the Half Note Club. He impresses the other musicians gathered there and is given a chance to fulfill a long-standing dream: performing jazz music onstage.

Unfortunately, an accident—he steps into an open manhole—separates Joe’s soul from his body. Instead of heading to the Great Beyond, he travels to the Great Before, where he finds himself in the “You Seminar,” where souls develop their own unique personalities before heading to Earth.

In order to return there himself before his body dies, Joe meets “souls in training.” He becomes a mentor to a character named 22 (Tina Fey), whose outlook is tainted by a gloomy perception of the concept of life.

Director Pete Docter (Up, Monsters Inc.) says of his ambitious project, “The world can be an exhausting and frustrating place—but it’s also full of unexpected joys, even in seemingly mundane things. Soul investigates what’s really important in our lives, a question we’re all asking these days.”

To correctly portray the African-American culture, Pixar people consulted with, among others, iconic musicians such as Herbie Hancock, Jon Batiste, and Questlove. The film’s score was composed by Trent Reznor and Atticus Ross (both of Nine Inch Nails). Jon Batiste arranged a new version of the Impressions’ 1963 classic song “It’s All Right.”

Soul is free to all Disney Plus subscribers. MSN

Randal C. Hill is a rock ’n’ roll historian who lives at the Oregon coast. He may be reached at [email protected]. 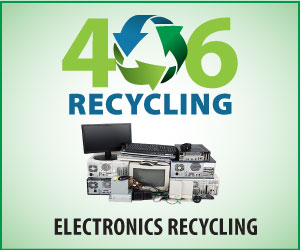