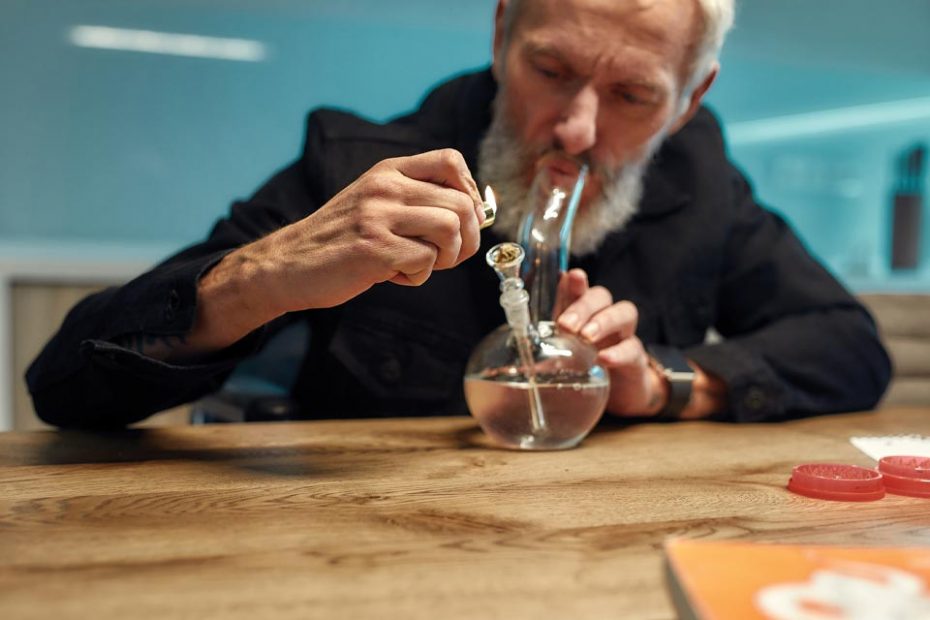 The results were only mildly surprising, since in 2004, Montanans voted 62 percent to legalize marijuana for medical purposes. However, the people’s preference was stymied for by the Republican-led legislature in a case that went to the Montana Supreme Court, where the current card-holder system was solidified.

What does this have to do with seniors? According to the Department of Health and Human Services in Montana (DPHHS), the breakdown of medical marijuana cardholders by age might surprise most readers: 42 percent of all cardholders are over 51.

Given the higher likelihood that seniors would have medical conditions for which marijuana is often legally prescribed by a medical professional, it shouldn’t be surprising that seniors account for such a high number among card holders.

Both the cannabinoids (CBD) and Tetrahydrocannabinol (THC) present in marijuana are considered medicinal, though only the latter chemical is associated with the famous “high” that recreational users often seek. In fact, CBDs are already legal for anyone over 21 without a medical card.

A Viable Option for Pain Management

Conditions that marijuana can be used to treat, according to providers, include anxiety, multiple sclerosis, post traumatic stress disorder, and glaucoma, to name a few. A complete list of accepted conditions can be found at the DPHHS website.

Russ Ingman, owner of Montana Kush, confirmed a high percentage of seniors seeking medical marijuana. “We’ve seen a strong trend with cannabis use in people over 50,” he said. “Honestly, my estimate would be that it’s 50-50, seniors and younger people.” He noted seniors tend to be hesitant at first.

“With older folks, there is more of a stigma for first-time users. But we encounter lots of people at their wit’s end—they’ve tried everything else. We are often a last resort, and while they may be apprehensive at first, it sways their opinion very quickly. Then word spreads, and people recognize it is an effective, viable option for a host of conditions.”

Among the most common afflictions seniors seek help for with cannabis is relief from chronic pain.

“Some of these guys are in their 80s, and they can’t get a good night’s sleep because of chronic pain,” he said.

Ingman also said a large percentage of his clientele tend to be older people from rural parts of the state.

“We have people coming in from the small towns—Shelby, Stanford, Geraldine—places along the highline who seek us out because we tailor our product to specifically medical application.”

“Chief among them is that it reduces the stigma associated with what was for decades a drug of choice for youth, especially college students,” she said.

Cholewa also stated that, while the bright side of legalizing pot for recreational purposes is that it further reduces the stigma, the downside is that the current personality of legalization will change.

“One of the drawbacks is that you lose those providers who do aim at the [senior] demographic,” Cholewa said. “You have the rock ‘n’ roll version versus the therapeutic version [of legalization].”

Ingman agreed, but said the legalization of recreational marijuana will only enhance their business and confirm the medical niche market.

“We stand to make a lot of money,” Ingram said, “but our operation really is about helping people who are seeking medical relief.” He also noted the cost of medical marijuana will likely remain much lower.

“The initiatives that passed called for a 20-percent tax on recreational product, whereas medical gets taxed at 4 percent.”

Recreational marijuana is still not a “legalized” category of drug. Even though the initiatives have passed, the legislature will have to create the laws governing its implementation, and that will involve much lobbying and discussion on Helena’s Capitol Hill. Nevertheless, the legalization of recreational marijuana is certain to further reduce the stigma attached to marijuana as a medical option, and Montana’s cannabis providers are well-positioned to enhance their reach. MSN