All For the Love of Squirrels 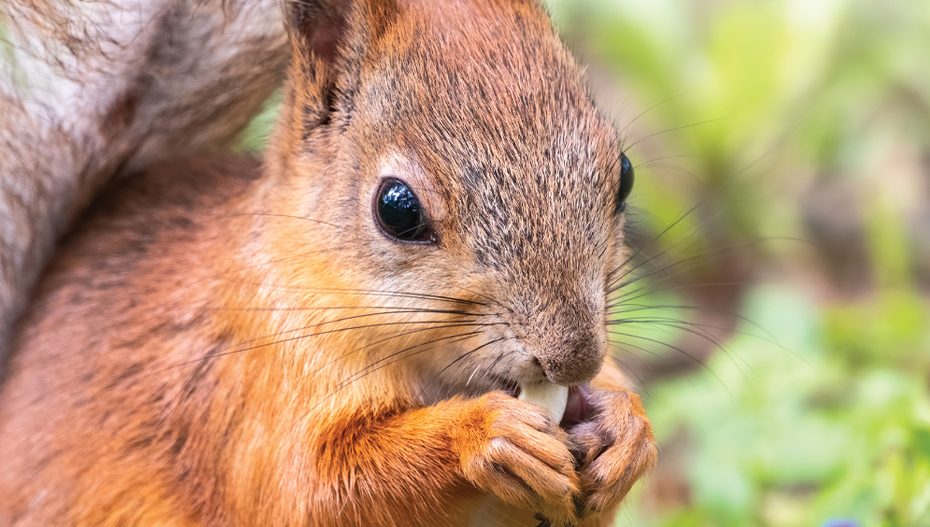 Living on a farm in the Palouse in the 1950s, I was surrounded by farm animals. My dad had registered Herefords, my grandfather had two Clydesdales who were retired, we had several saddle horses on the farm, and I had rabbits, Mr. Perkins the Cat, a dog Susie, two ducks at one point, a flock of chickens, and sometimes we had sheep who cleaned out the tall grass around the buildings.

When I moved near a lake in Kootenai County, Idaho, I got to know squirrels. One squirrel came back many times. It seemed to be elderly in that it didn’t move as quickly as the younger squirrels.

This was a problem, and it showed up with its tail nearly bitten off. One piece, equal to about half its tail, hung on sadly for several days. Finally the injured piece fell off. From then on we called the squirrel Stumpy.

The lack of half of its tail was a problem as it wasn’t able to jump as far or climb as quickly as other squirrels.

Stumpy stayed with us for two seasons and then disappeared, possibly caught by another animal, or possibly chased away from this territory by a younger and stronger squirrel. Nature can be cruel.

But the strangest squirrel event happened two years ago. I was pulling out of my driveway when I looked up the road and saw a squirrel lying on the road.

I thought it was dead as it wasn’t moving. I forgot my purse that day and had to return. As I was pulling out again, I looked up the road and the squirrel’s head was sticking up. My husband was just returning home, and I flagged him down and asked him to please put that poor injured animal out of it misery as we both figured it had broken legs and/or back.

My husband got a shovel to pick the poor squirrel up when the squirrel got up and ran into the hedge. My husband thought it would recover, so he didn’t follow it.

That afternoon, the squirrel turned up in my terraced garden on top of a railroad tie that walled the garden off from the steps. It was shaking, and it could barely hold its head up.

I couldn’t think of much to do to help it, except to shell some peanuts and give it some water in a jar lid. The squirrel immediately ate the peanuts. I left it there, and it stayed there some hours then hid under a large fern for two days.

I put peanuts and water out each day. I saw it two days later day below the deck. I threw some peanuts down on the ground and put some more water out in a small bowl.

After about three days, the squirrel managed to climb the cedar tree and get onto the deck. It ate peanuts and seemed to be somewhat OK.

This was a distinctive squirrel, because it was very large and very red. It was the reddest squirrel I had seen around my house.

After a couple of weeks it was climbing the tree and getting onto and off the deck just fine.

The squirrel came back the next winter. It seemed to be normal, but we wondered if it had sustained some permanent damage. Maybe so, because this winter it didn’t come back. But there can be many reasons for that.

My husband guessed that the squirrel sustained its injury by crossing the road when a car came, and it had probably jumped up and hit its head on the bottom of the car. It never did seem to have any damage to its body.

I can’t keep cows anymore, and this place is not a good place for a dog, but the squirrels fill that place in my heart. MSN