Story-Keeper for the Flathead: Jane Renfrow 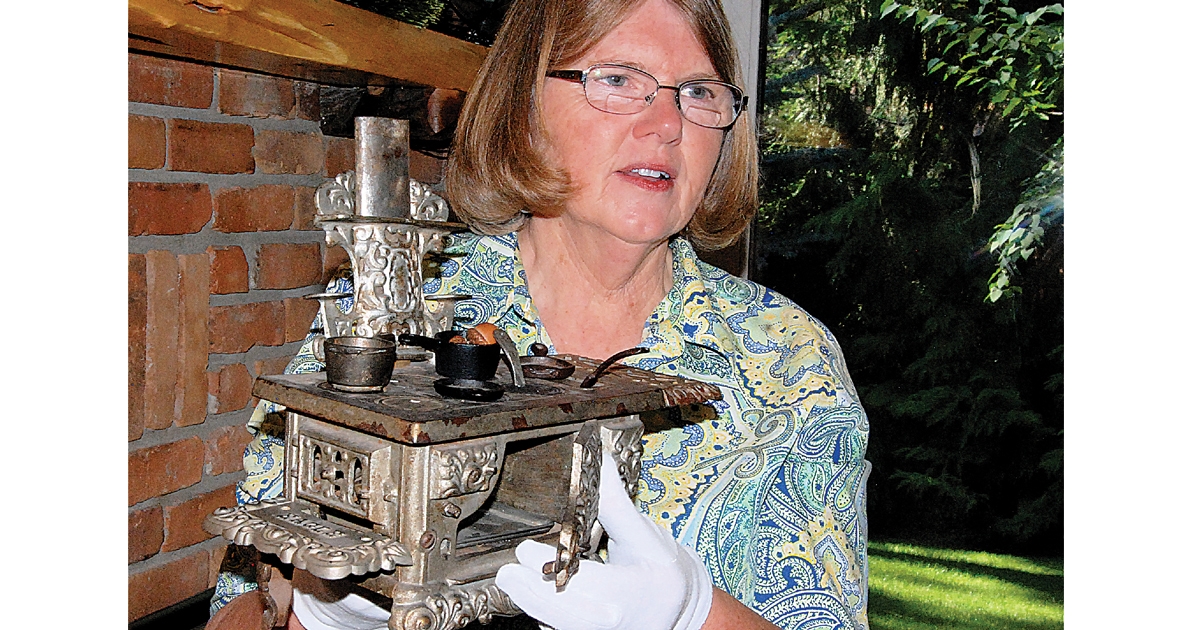 For Jane Renfrow, preserving the Flathead’s history isn’t just an engrossing pastime — it’s an unapologetic passion. Admittedly, though, she is fascinated by history in general.

Renfrow loves nothing more than learning why people have made choices others might find incomprehensible. And it doesn’t matter whether that person happens to be as famous as Napoleon Bonaparte or as obscure as her Swedish great-grandfather, who abandoned his wife and their Minnesota farm.

“Studying history is a connection to our past. People need to feel they belong to something,” said Renfrow, who volunteers at the Northwest Montana History Museum in Kalispell, a.k.a. the Museum at Central School. “You come to realize we, like those before us, have had to make tough decisions and live with the results. I want to record those decisions and share what did and did not work for them. It tells us we are not alone.”

Aside from serving on the Museum’s Board of Directors, she volunteers as an oral historian and acquisitions specialist dealing with artifacts linked to the Flathead.

Renfrow’s 13 years at the Museum have taught her the importance of collecting accurate reference material for current and future researchers. They have also shown her that the county’s oldest citizens provide unique glimpses of a long-ago Flathead.

As primary sources—individuals with first-hand accounts of a particular place or event—these are the individuals whom Renfrow targets to capture reminiscences of bygone times.

She sees her role as being a gatherer of memories, so those recollections are neither lost nor forgotten.

“First-person narrative is most important to researchers because it’s original. When people start to talk, they move to that part of their life that’s long gone and recall the smells, sounds, and sights,” she said.

“They visualize again. I am fascinated by people who can remember wonderful details, like how something sounded that we’ll never hear again, such as the noise when putting a truck into gear before power steering. It was a loud ride. And they can recall how it felt to steer that truck and physically powerhouse that steering wheel when it was so heavy and difficult to keep under control.”

While she’s interviewing, Renfrow records then painstakingly transcribes each session.

One distant memory someone shared with her focused on the small portable sawmills, which lumbermen once brought into people’s yards to cut firewood sized to fit individual stoves.

Children would toss the split wood through open cellar doors into basements and then stack it. Afterwards, they would rake any bark or wood splinters the sawmills left behind, and families would burn the debris curbside by their home.

The sight of those little glowing bonfires up and down the streets, along with the distinctive aroma of smoldering wood and bark, has lingered with one Kalispell woman for more than nine decades.

“The people I talk with are in their 80’s and 90’s with a wealth of knowledge I will never know or experience,” said Renfrow. “Take fishing for Bull Trout, for example. Because that trout is so rare now, we can’t do it anymore but I can still hear about what that was like.”

Renfrow finds most people are willing to talk when she asks for an oral history interview, but they are often very modest.

“They typically wonder, ‘why me?’ But once they start to remember building a tote road or clearing stumps with dynamite, the stories follow. They are happy to remember their touch with history,” she said. “It’s a privilege to hear these remembrances and experiences.”

So how does she convince people to open up when they may be reluctant to talk to an interviewer or feel they have nothing worthwhile to relate? According to Renfrow, she starts by explaining what an oral history is and how it’s used.

“I tell them I don’t want to write about you, but about your stories. Then I ask them: What stories do you want to preserve? If I am quiet enough and don’t ask more questions, the memories come,” she said. “Stories have the same power as they ever have.”

Renfrow joined the Museum’s volunteer force after retiring from teaching for 28 years, mostly in the Columbia Falls school system, but not before heeding some helpful advice from a colleague.

“‘Don’t say yes to anything for a year. Do what you want. Read something you want. Then choose.’ Those were her words,” said Renfrow. “I knew I had to do something and not just stay home. I haven’t the patience for crafts. When I started to volunteer at the Museum, it was fun for me and dovetailed nicely with the things I like to do,” she recalled.

Renfrow could certainly be described as a woman with an insatiable curiosity about the world around her.

“If I could live my life over and pursue a different career, I would have been a researcher,” she added.

While some current-day Flathead residents might consider themselves examples of Western rugged individualism, Renfrow would likely say their predecessors set the bar high for anyone else laying claim to that character trait.

“This is a unique valley because of the topography and geography. It took a real independent, resourceful person to be one of the first to come here. It is the youngest settled valley in Montana because it was so difficult to get here,” she said. “We are surrounded by mountains and rugged landscapes. Before trains could come to Kalispell, the trappers left. Then the miners left because they couldn’t make it,” explained Renfrow.

There weren’t enough resources to trap or mine, and the weather was horrible, she noted.

It is no coincidence that one of the Museum’s exhibits is titled, “How we got here and how we managed to stay.” Reaching the Flathead today — though delays may arise due to road construction, traffic, or flight schedules at the airport — bears no comparison to yesteryear’s travel efforts.

“Before 1891 when the Great Northern Railway brought trains through, you had to take a train to Missoula then a second train to Ravalli with the Northern Pacific Railway,” she said. “From there, you took a stagecoach to Polson. To get to Kalispell, you either went by steamboat to Demersville, if you were hauling more than a suitcase, or by stagecoach if you didn’t have household goods. From there, you were on your own to follow old trails or tote roads with a hired horse and wagon.”

In her oral history work, Renfrow has met people from many walks of life but sees little difference amongst them or present-day Montanans, despite their disparate backgrounds.

“People are people. Things are no better or worse than when I was young. The horrible or good things they have done to each other — it hasn’t changed,” concluded Renfrow. “We tend to believe this moment in history is so horrendous. Yes, we have information and innovation happening faster and faster, but people remain the same. It’s comforting to know they have found answers to the same pressing questions we face and have had to make the same human decisions and come through. Conditions may have changed but we still have to decide how we will react to circumstances.”

When considering some of the most vivid memories she has recorded, Renfrow finds it challenging to pinpoint favorites. She is often surprised by the stories a person will choose to share — be they heartwarming or heart stopping, seemingly inconsequential or important. But all hold a special place for her in the county’s birth.

She told of an agile teenage boy who fudged his age from 14 to 16, so he could work as a “river pig” at the lumber mill in Columbia Falls for 60 cents an hour. His family was so poor during the Great Depression he rode the logs barefoot, jumping from log to log and wielding a pole with a metal spike to keep the logs from jamming up. When the boss saw him, he handed the boy a dollar and told him to buy himself a pair of hobnail boots to protect his feet and not come back without them.

Another remembrance that has lingered for Renfrow came courtesy of a woman from Columbia Falls who related how technology had transformed lives and not necessarily for the better.

“After dinner her whole neighborhood would go out for a walk, even in winter. People would stop and chat with each other. Radio changed everything. Their habit of visiting outside in the evening gradually stopped,” recounted Renfrow. “Instead, they stayed indoors and listened to the radio. That altered her world even more drastically than television did.”

Renfrow’s success at her self-appointed task stems from the dedication she brings to it along with a desire to capture even trivial memories. She also has mastered the delicate art of knowing when to encourage a speaker and when to remain silent.

“I want people to forget I’m there. They are telling their story,” she emphasized. “I am not eliciting it.” MSN