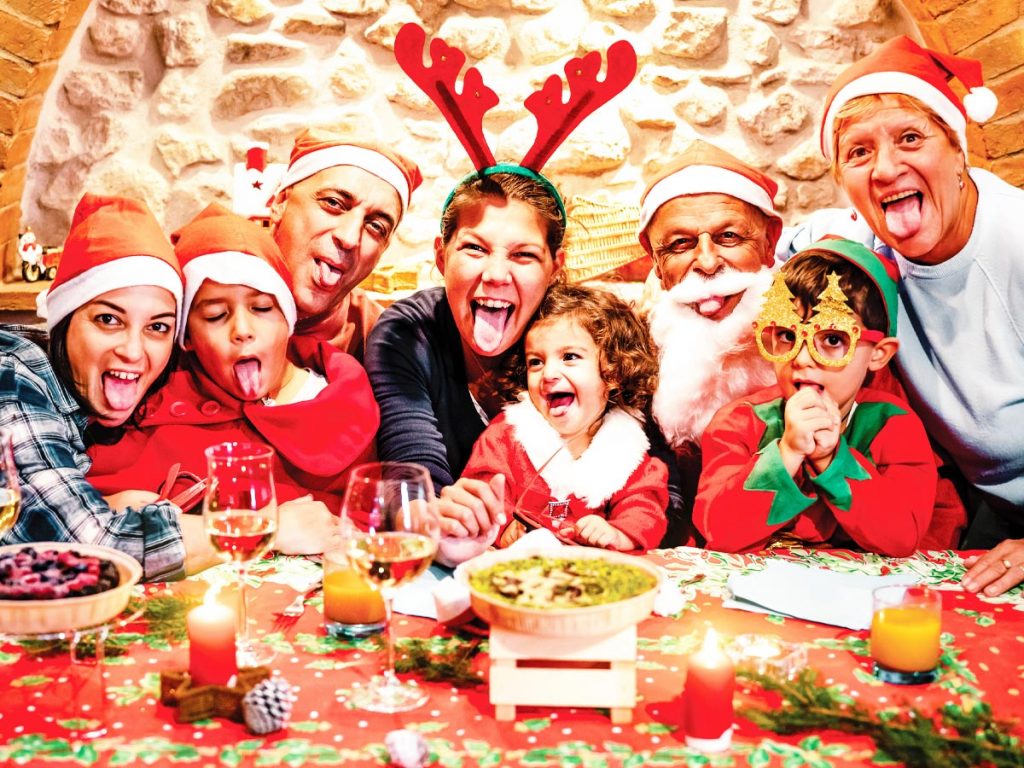 I live in Charleston West Virginia. My youngest son and his wife reside in Montana. I have a 14-year-old grandson in West Virginia and two little granddaughters in Montana—I live with a bifurcated heart.

My father grew up within a block of his grandparents’ house in small town Indiana. He often reminisced about being able to run to his grandparents whenever he felt the need or desire. There were few job opportunities there, so when his uncle found employment for him several hours away, he moved.

My mother, brother, two sisters and I would regularly be stuffed in a vehicle for trips back to his boyhood home on winding roads—car sickness be damned. This included a yearly gathering of his clan on Christmas day.

When my three siblings and I finally left the homestead, it was a given that we would all gather again at my parents for major holidays—at the least for Thanksgiving and Christmas. My parents’ assumption of our presence oft-times conflicted with the assumptions of my and my siblings’ in-laws.

I recall one year when I was still dating my wife, I attended four Thanksgiving dinners in one day (both of my intended’s grandparents, her mother’s, and my mother’s). It’s a record I hope never again to match.

That was years before my spouse and I had an actual Thanksgiving dinner at our own home. In those times, the farthest any of us kids had to travel to our parents was two hours or so.

While relations in my time might have been scattered a few hours’ drive apart, these days brothers and sisters and parents can be the better part of a continent away. Unlike in my father’s time, I do not share holiday gatherings with my siblings and their progeny who are dispersed from Florida to South Dakota.

The disbursement of my grandchildren creates a yearly dilemma around the holidays.

In recent years my wife has traveled to Montana for Thanksgiving, and I have stayed in Charleston—a less than ideal compromise. My West Virginia son has on occasion arranged for a Christmas season gathering at some neutral site (the last time in Quebec). But in these times of Covid, this is not to be.

Our 14-year-old West Virginia grandson, whom I love dearly, is not unkind but is understandably beginning to separate himself from the adult relations in his life. The wonder surrounding such holidays as Christmas is no longer reflected in his eyes.

This is not yet the case with our 1-year-old and 4-year-old Montana granddaughters for whom holidays remain seasons of magic and newly experienced rituals.

Based on this, my wife and I decided to shift the holidays a bit this year. We included Halloween in the mix, which we spent in Montana.

While the 14-year-old attended haunted houses and the like in West Virginia with his friends, we were privileged to again experience the joy of little ones awed by pumpkin patches and corn mazes; to help with Halloween costumes and makeup; to appreciate the whimsy of a costume depicting a narwhal mail carrier; to “help” dispose of too many accumulated treats.

My wife joined me to celebrate with my Charleston son’s family. The Christmas holiday was allotted to my Montana son and his little ones in Missoula for reasons that are obvious to those who have experienced the season with tiny tots.

In our striving for connection at special times of the year, my spouse and I have parsed our holiday plans finer than I ever would have imagined years ago as we obligatorily drove to our parents in a car packed with toddlers, Christmas presents, strollers, diapers, and the like.

As with many when they age, I find myself more and more like my father—understanding, yet lamenting, the increasing geographic separation of every succeeding generation that, for better or worse, just is and must be accepted. MSN