In Montana, one in three women is a victim of domestic violence, sexual assault, stalking, harassment, or human trafficking. Nationally, the statistic is one in four. While the problem is more prevalent here, Montana’s rural nature makes it difficult for women to get help. With only 32 community programs and 15 shelters across the entire state, organizations such as the Montana Coalition Against Domestic and Sexual Violence and YWCA provide vital support for victims.

One of the state’s four YWCAs—YWCA Billings—has been providing service to Montanans for 110 years. Its mission to save, change, and improve lives is in place 24-hours a day, 365 days a year through the shelter and the support it offers at Gateway Shelter―the only secure, domestic violence shelter of its kind in an 18,512-square-mile section of central Montana. The Billings location benefits people in communities and rural reaches in some of Montana’s most impacted counties.

In fiscal year 2017, YWCA provided 8,300 nights of shelter and respite from violence to 151 women and 100 children, answering nearly 1,300 calls coming into its 24-hour Help Line. While in YWCA’s safe harbor, people can access free programs to help them learn how to break away from the cycles of violence and poverty.

The organization’s Transitional Services Program is augmented with counseling support, legal services, and an employment and training program that provides assistance for unemployed and underemployed individuals, helping them gain skills and training, so they can obtain jobs that will lead to financial independence and transition to a better life.

YWCA Billings is also building a 24-unit apartment project on its campus to provide women and their families with up to two years of affordable housing while they move from being sheltered to being able to live independently. The intent is to help women like Cara, who turned to YWCA after fleeing a vicious assault by the father of her unborn baby. He had attacked her more than once during their 10-month relationship, so she knew she had to get out for her own safety and for the safety of her baby.

When she arrived at the Gateway Shelter, she had significant injuries, but she was determined to take advantage of all the YWCA had to offer. First, she met with an advocate for intake into the Gateway secure shelter. Then, she met with YWCA’s on-site attorney who helped her file for an order of protection, file for child support, and request restitution from her abuser to cover her medical bills.

Her temporary order was granted, and YWCA was able to connect her with Montana Legal Services for direct representation in requesting a permanent order of protection, which was also granted.

After addressing her immediate safety, she began meeting with YWCA’s on-site therapist to address the emotional impacts of her trauma. She also met with YWCA’s case manager to plan for a sustainable future and enrolled in YWCA’s employment and training program to help her secure stable employment.

After 12 weeks at Gateway, she transitioned to another safe shelter with YWCA’s help. Shortly after the birth of her baby, she moved into her own apartment but continues to meet with her case manager on a regular basis to keep her on track in her new life.

“YWCA’s Gateway Shelter and Gateway Vista apartment project are unique in that they go beyond offering a roof over people’s heads to providing transitional services to help them truly get on their feet and become financially independent,” said Merry Lee Olson, YWCA Billings CEO. “The secure Gateway Shelter and transitional services are free for qualified individuals, and once they are ready to move into the Gateway Vista apartments, they will pay rents scaled to their income levels, so those without means pay very little until they have a job that allows them to pay more,” said Olson.

She noted that YWCA covered enough of the construction costs through Low Income Housing Tax Credits and Federal Home Loan Bank funding to be able to break ground in May of this year and begin construction in July. YWCA needs to raise another $1.3 million in private donations and foundation grants to cover the remainder of construction costs and funding gaps for operating the Gateway Shelter, Gateway Vista Apartments, and the Transitional Services programs. Funding needs include reserves for tenant rental support; legal services, mental health counseling, and other support; as well as operations and maintenance. If all goes well, construction will be complete, and tenants will be welcomed to the apartments, in mid-2018.

Information about YWCA Billings, the Gateway Shelter, the Gateway Vista apartment project, the Transitional Services Programs and YWCA’s Capacity Building Campaign is available at www.ywcabillings.org or by calling 406-252-6303. Montana Coalition Against Domestic and Sexual Violence does not provide direct service but lists service options by locale at www.mcadsv.com/about/victim-service-programs-by-region. 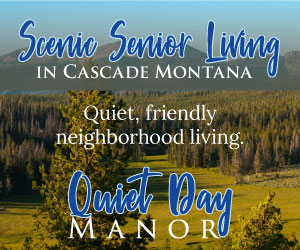