Florence Lucille Chadez Paxton, 94, of Homedale, Idaho, passed away peacefully at home at sunset on July 6, 2020.

Florence was born December 6, 1925 on the family farm to John and Mary Chadez. Florence lived her entire life in view of what she called “my beautiful Owyhee Mountains.”
As a young woman of the Greatest Generation, Florence endured the privations of the Great Depression and the rationing of the war years. By the age of 16, Florence was doing the work of a man on the family farm, working horses and milking cows, to help support the family and the war effort.

In her spare time, Florence volunteered for USO functions. She made her own uniform to wear while selling War and Victory Bonds, working scrap drives to collect iron, rubber, and kitchen grease for the war effort. She donated blood, which she continued to do throughout her life.
Perhaps her most heroic work involved the countless “letters from home” that she wrote to her loved ones, friends, and classmates in action overseas. Lifting the morale of those in harm’s way could never be measured. A hero of the home front, Florence was a lifetime member and volunteer of the American Legion Auxiliary and proudly flew the American flag, keeping its colors vibrant and mending it when it began to fray.  A graduate of Homedale High School, class of 1944, Florence married her high school sweetheart, Robert Paxton, on November 13, 1949. They raised their children on the family farm in Central Cove. Florence was an accomplished artist in crocheting, knitting, painting and drawing. At one point, she even carved a chipmunk from a block of wood. For the last years of her life, she drew hidden picture puzzles that were published in the Idaho Senior Independent and Montana Senior News.

She loved music and shared it through her beautiful voice. She also loved playing the violin, accordion, and piano. Her love of music lives on in her children and grandchildren. Florence received her license in Cosmetology in 1947 and kept her license current until her passing. She had an in-home business, but also made it mobile when love called for it.

A full-blooded Slovenian, Florence was always proud of her heritage in the Austrian Settlement. She enjoyed baking Slovenian “potica” and homemade bread, which she shared with friends and family. Her bread became known as “Grandma bread, made with love.”
She was proud of her hometown, Homedale, and the community she loved. She participated every year in the Owyhee County Fair since the age of five, and was the sponsor for the Youth, First Time Exhibition category. She had bushel baskets full of ribbons and rosettas from all categories of the fair.

Florence knew no strangers, and so many considered her as a mother and grandmother. She loved so many, and was loved by all who knew her. It would bless her and her memory if you offered a kindness to others, particularly those who have no one to pray for them. Her heart reflected the prayer of St. Francis of Assisi, “Lord, make me an instrument of your peace.” Florence is survived by her brother Eddie Chadez, daughter Colleen Paxton, sons Bob (Cathi) Paxton, Matt (Brenda) Paxton, and Jim (Kym) Paxton. She is also survived by her grandchildren John, Tony, and Mike Lowder and families, Elias and Daria Paxton, Jessie and McKenzie Mangun, Roger and Mark Ports and families, as well as nine great-grandchildren and eight great-great grandchildren.

She is also survived by many “adopted” sons and daughters. She was preceded in death by her parents, brothers John Chadez, Ted Chadez, sisters Dorothy Mansisidor and Mary Cegnar, nieces Carol Cegnar, Terri Davis, and nephew Dan Cegnar.
The family wishes to thank the many health care professionals who treated our mother with love and compassion. A celebration of life will be held later in the year. MSN 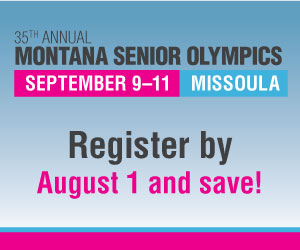