The Communists of Sheridan County 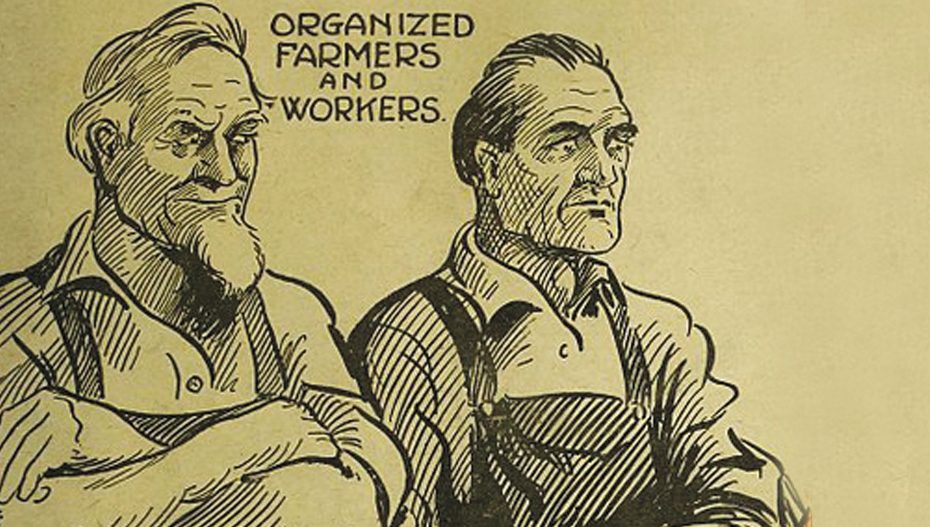 Communists in Montana? Many Montanans would be surprised to learn the Communist Party held most of the elected positions in at least one county in Montana’s northeast corner during the 1920s.

“Few know about the period when infiltration of Communism openly gripped Sheridan County. That episode of dissension is the county’s historical claim to fame,” said Pat Tange, docent at the Sheridan County Free Museum.

During the late teens, 20s, and early 30s, farmers in northeast Montana were being handed drought, high interest rates, exorbitant railroad shipping prices, and expensive staples. They were being trampled right into the soil they had moved west to farm. Because they wanted more control over their lives, they decided to join forces.

Slithering over from North Dakota, with headquarters in Minnesota, was the Nonpartisan League that had socialist leanings. The League’s concepts landed in highly fertile soil where the Scandinavian-heritage farmers had been acquainted with a variety of cooperatives and socialistic programs in their native countries.

To spur this hotbed of discontent, the League sent Charley Taylor to Plentywood, the county seat of Sheridan County, to start a newspaper. Called the Producers News, it grew to be an instrument of Communist influence for the next 19 years, although Taylor kept this term undercover for several years.

During the first election after the farmers joined forces in 1918, the League was able to elect every candidate it endorsed on either the Republican or Democratic ticket, except for State Senator and County Superintendent of Schools. This was repeated in 1922 and 1926.

Farmers became followers of Taylor, and the Producer’s News could be found in every home. However, as time went on, Taylor would pour scorn on individuals in the community by calling them offensive names that would be considered slanderous today. He printed that there had been a dead mouse in the food served at a local restaurant. He labeled the competitive newspaper, the “nauseous rag.” He especially disliked two doctors in the community.

Dr. Storkan filed a libel complaint against Taylor for writing that Storkan was an “amateur surgeon.”It was so disgusting to the doctor that he bought a newspaper, the Sheridan County Farmer, so that he could fight back. The newspaper war with County Farmer and other area newspapers became fierce.

Charley Taylor was a handsome, exuberant man both in print and at the podium. Even his enemies said he was a problem solver. Through his own cunning, the newspaper made him almost bigger than life, which his subscribers came to believe.

As the Nonpartisan League’s representative, his first step was to unite the farmers. By 1924, he ran for State Senator and won. Next he attended a Communist conference and came back to Plentywood, dropped the Nonpartisan League, formed the Montana Farmer-Labor Party that had Communist values, and convinced the Sheridan farmers to follow him.

Another character involved in the county’s Communist movement was Rodney Salisbury, who was soon an ardent Taylor follower and was elected as sheriff in Sheridan County from 1922-1928. He was then in position to take bribes from bootleggers coming over the Canadian border and was often accused of it.

On November 30, 1926, the property taxes had come into the treasury office—some late in the day. Money was just being put in the vault late in the evening when masked robbers stole more than $100,000.

That it was an inside job was obvious, and fingers pointed to Salisbury, although he was never charged with the robbery. As the result of rumors, Salisbury lost the sheriff position.

By 1932, the Farm-Labor Party gave way and openly became the Communist Party in Sheridan County, but it was not alone. The Communist Party had supporters throughout the United States; however, since a high percentage of farmers voted in a straight-Communist party ticket, along with Charley Taylor’s newspaper that supported the party, the county stood out.

That same year, the funeral of Salisbury’s daughter, Janis, who had died of appendicitis, loosened the Communist grip on the County. At the funeral held in the Farm-Labor Temple, her classmates sang revolutionary songs and recited the pledge to the “Red Flag.”

For a community steeped in their religious beliefs, this atheistic funeral was the turning point, and, during the next election, all of the radicals were ousted.

The election of Franklin D. Roosevelt as President presented the final blow to the Communist viewpoint in Sheridan County, because Roosevelt’s programs, such as the Works Progress Administration  and Civilian Conservation Corps, gave relief to depressed residents.

The Communist influence faded away so much that children of the next generation never heard of the radical activities of earlier years. On April 29, 1937, the Plentywood Herald remembered the historical Sheridan County newspapers during those stormy years by saying, “Dusty, old, and time worn, the files some day will reveal interesting facts of the journalistic profession here. The newspaper history of Sheridan county is destined to be long-lived.”  And so it is.

For more information on this period in Sheridan County, refer to Verlaine Stoner McDonalds’s book, The Red Corner: The Rise and Fall of Communism in Northeastern Montana. MSN