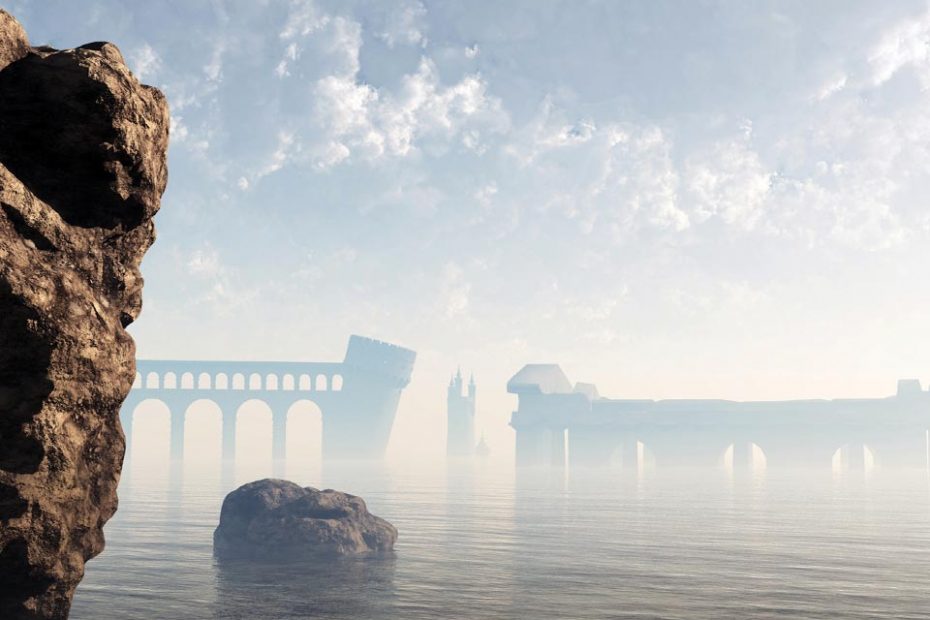 (SENIOR WIRE) As a travel journalist who has visited and written about close to 80 countries, the current situation is especially frustrating. However, while my travels are restricted, my imagination isn’t, and I’m dreaming about my bucket list itinerary to places — some real, others not — that are high in my “Want to see” agenda.

My bucket list includes experiences that appeal to my love of great theater and magnificent nature, my fascination with fantasy, and my longing to relive chapters of history long gone and imagine pages yet to be written.

For anyone who enjoys live theater, what bigger thrill could there be than taking in a Shakespeare play by his troupe in the original Globe Theatre? Unfortunately, that building, which opened in 1599, was destroyed by a blaze started by a prop cannon that misfired during a performance.

The current reconstruction, located about 750 feet from the original, continues to offer works by William. But my time-travel dream includes attending a play at the first auditorium, spotting the Bard and perhaps even chatting with him.

A very different kind of performance involves a young girl from Kansas, a talking scarecrow who longs to have a brain, a tin woodman who wants a heart, and cowardly lion who dreams of being brave. I would love to recreate their journey along the yellow brick road to the Emerald City, and to meet the supposedly “great and powerful” Wizard of Oz who, in fact, is an elderly man manipulating levers and a sound system to fool those who manage to find him.

Other never-never lands also have places on my virtual travel wish list. Who wouldn’t wish to check out an island-nation founded by demigods, inhabited by exotic animals, and festooned with magnificent plant life? The city of Atlantis was detailed in the works of Plato.

It served as an example of human hubris, and was submerged by the ocean when its inhabitants became too arrogant and prideful for the deities. Despite the allegorical underpinning of Plato’s work, some semi-scientific sleuths have speculated that Atlantis actually existed and have conducted expeditions to find it—so far unsuccessfully.

Shangri-La, the paradise conjured up by British author James Hilton in Lost Horizon, is located in a valley nestled beneath a mountain range far from the ocean. People in this joyful Heaven on Earth age slowly and live for hundreds of years. No wonder the name of the mythical place has become synonymous with utopia.

While I wouldn’t expect an imaginary immersion to lengthen my lifespan, I would treasure the opportunity to enjoy the ultimate bliss there for even a brief time.

An experience that is rooted in at least some degree of reality awaits those viewing the remains of what may be the most famous city in the history of the world. Homer’s Iliad relates the story of the Trojan War, which, depending upon the source, took place sometime during the 13th to 11th centuries B.C.

In fact, a city of Troy was once located in present-day Turkey, and the Battle of Troy may have happened, although many historians believe it refers to repeated sieges of the settlement during the Bronze Age (approximately 3300-1200 BC).

The city was attacked, destroyed, and rebuilt a number of times. While it’s possible to visit ruins that have been uncovered during archaeological excavations, it’s impossible to know which reincarnation of Troy they represent. My preference would be to walk the streets of the famous, and fabled, site when it was at its heyday.

Passing time of day with the Knights of the Round Table in King Arthur’s court also is a simulated sojourn I would relish. The legendary Arthur, and castled city of Camelot where he reigned, were introduced in French romances during the 12th century. The writings placed them in Great Britain, sometimes associated with real cities.

Wherever it was, or wasn’t, it would be fascinating to share war stories with the likes of Sir Lancelot, Sir Gawain and their associates in arms.

What would a compilation of favorite dream locations be without a nod to Mother Nature? While the challenge of culling the lengthy list is daunting, I would choose a stroll through the Hanging Gardens of Babylon. It’s no wonder that the enchanting oasis of floating terraces, lush greenery and cascading streams was included by Herodotus in his list of classic Seven Wonders of the World.

The story of the Gardens was perpetuated in Greek and Roman lore, and some historians continue their search for seeds of truth in the tales. However, my Quixotic quest for places real or not isn’t based upon a guarantee of actuality.

Speaking of which, Mars actually does exist. What’s questionable is whether, and when, humans will be able to visit there, much less survive. That challenge is why my aspirational trip list ends with a would-be outing to our celestial neighbor.

Despite similarities to Earth’s length of the day, comparable seasons, the presence of water, the roadblocks are many. Both the atmosphere and soil on the Red Planet are toxic, the climate is much colder, and severe storms can block sunlight for weeks.

Even with these challenges, or perhaps because of them, Mars is included in my list of places I would like to visit but never will.  MSN