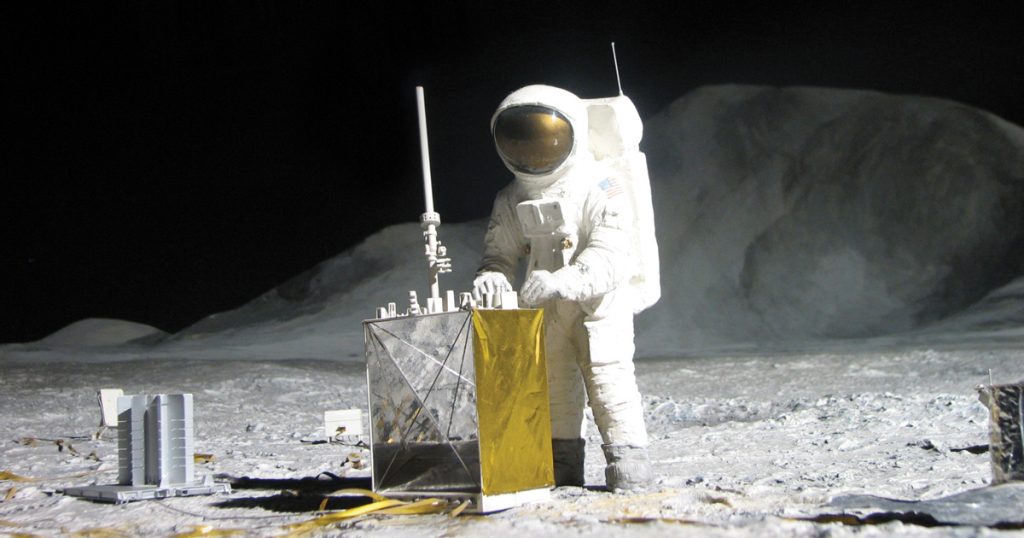 Perhaps there is no better way to summarize the state of the world than to simply observe that, 50 years ago, human beings traveled across 240,000 miles of space to walk on the moon, and today almost no one cares.

Worse, recent polls show that as many as 20 percent of Americans think it was all a hoax. Welcome to the age of the Internet.

Todd Douglas Miller’s Apollo 11 may change that. Using his access to over 20,000 hours of archival footage and sound recordings, including some never-before-seen 70mm film, Miller created a documentary for the 50th anniversary of the first moon landing that makes the moonshots suddenly vivid and relevant now 50 years later.

In 2016, Miller produced what I consider the best of all the Apollo-related documentaries, The Last Steps. It documents the accomplishments of Apollo 17, the last of the missions, featuring interviews with one of the most articulate of the astronauts, Gene Cernan.

Cernan literally left the last footprints on the moon.

That film has more standard documentary feel, relying on interviews and after-the-fact reminiscences and predictions about the future of space travel.

But Apollo 11 consists entirely of actual footage shot in July of 1969, capturing not just the immensity of the Saturn Rocket that sent Neil Armstrong, Buzz Aldrin, and Michael Collins to the moon, but the mood and excitement of the thousands of people who lined the causeways at Canaveral to witness the historic launch.

In this respect, Miller has brilliantly captured the 1960s zeitgeist, from row after row of computer banks manned by engineers in white shirts and horn-rims to the families of onlookers tailgating with beer and cigarettes as NASA methodically readies the ship.

With no voice-over narration aside from Walter Cronkite’s contemporary newscasts, the film nevertheless manages to make a statement about the deep contrast between then and now.

Then when Americans seemed united in a singular purpose in spite of whatever political differences they might have had. Now when political polarization overshadows the possibility that Americans might again work collectively to solve problems of astronomical proportions, such as global climate change.

The film also captures the drive and almost superhuman resolve of the astronauts themselves: Michael Collins circled the moon for more than a day, a quarter-million miles from home, while Aldrin and Armstrong descended to the lunar surface, surely making Collins the loneliest human being in history.

Collins’s sincere joy at being reunited with the moonwalkers after their mission conveys the true humanity of the NASA astronauts, who often seemed to act like over-trained robots, mere cogs in the machine of exploration who might easily have been replaced with robots.

Similarly, one of the most memorable scenes in the film occurs as Armstrong and Aldrin descend to the moon in the Lunar Excursion Module. The spacecraft had only flown once before in moon-gravity and had never been tested for actual landing.

Because of a boulder field at the landing site, Armstrong had to fly beyond it by hand controls, using every second of fuel he had in reserve.

At the last possible moment before an “abort” would have been necessary, he gently set the fragile craft down and issued the historic announcement, “Tranquility base, here, Houston. The Eagle has landed.”

Meanwhile, the film documents the ship surgeon’s data on the health of the astronauts: Armstrong’s heart rate soared to 160 beats per minute during the crucial moments.

Apollo 11 will rekindle your faith in American ingenuity and the possibilities of our country working together again.

Although the moon may not have much to offer, except as a stepping stone, the accomplishment of the moon voyages ought to tell us something about our ability to solve our Earth-based crises as well. MSN