Fight Off Those Zombie Microbes! 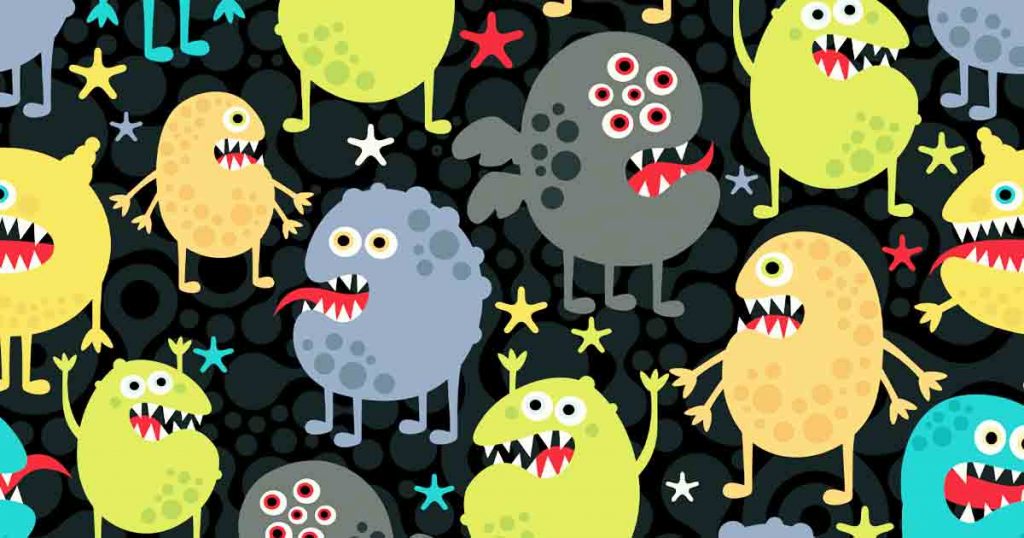 (SENIOR WIRE) What would happen if we were suddenly exposed to a Pandora’s box of deadly, zombie microbes absent for many millennia? Whether its man-made or Earth’s natural cycle, global warming is thawing permafrost, and researchers proclaim long-dormant, ancient bacteria and viruses are being released and springing back to life.

Recently, NASA scientists successfully revived bacteria trapped in a frozen Alaskan pond for 32,000 years. Which forces us to ask: will our collective aging immune system defend us?

In a word: yes … with teamwork.

At a discussion of epidemics hosted by the Massachusetts Medical Society and the New England Journal of Medicine, Bill Gates proclaimed, “The next deadly disease that will cause a global pandemic is coming. We’re not ready.” Melinda Gates said the threat of a global pandemic, whether it emerges naturally or is engineered, is perhaps the biggest risk to humanity.

The smallpox epidemic of 1780–1782 brought drastic depopulation among the Plains Indians. Researchers studying the anthrax outbreak in Siberia believe smallpox is frozen in the same area. One 2009 study of Antarctica’s frozen freshwater lakes revealed DNA from nearly 10,000 species of viruses, including many not previously identified by science.

Be forewarned: if we allow Dr. Pepper, Little Debbie, and Dr. Papa John to be the nutritionist for our personal department of defense (DOD)—good luck! Our DOD works against invading bacteria, viruses, and other pathogens. From first until last breath, our organs, tissues, and cells collaborate to fight harmful substances and protect us from getting sick.

The excessive sugary goodies we consume daily routinely shut down the immune system, leaving us defenseless against invading viruses and bacteria. Less sleep, overeating all the bad stuff, and extra stress also weaken immune response during flu and cold season.

Under stress, the immune system’s ability to fight off alien substances is reduced.

Booze harms our immune system, depriving us of valuable immune-boosting nutrients. Alcohol, like sugar, reduces the ability of white cells to kill germs. That’s why we are more susceptible to invading microorganisms that cause disease.

In modern society, chronic stress is overwhelmingly linked with the development of cancer and many chronic diseases. The impacts of stress on our health have been widely studied, and current scientific data gives us concrete evidence into the adverse effects of stress on overall health. Sciencedaily.com adds, “Stress wreaks havoc on the mind and body. Researchers discovered chronic psychological stress is associated with the body losing its ability to regulate inflammation.”

Plus, when winter’s sun is lower on the horizon, we aren’t able to absorb enough sun power to synthesize vitamin D that feeds the DOD.

Be aware what research and sources have discovered about sugar: WebMD warns us sugar suppresses immunity for four to six hours and has a dreadful impact on the building blocks of our immune systems.

Eating or drinking eight tablespoons of sugar, the equivalent of about two cans of soda, can reduce the ability of white blood cells to kill germs by 40 percent.

Seniors with naturally weakened immune response should focus on plant foods, beverages and supplements that “super-charge” the immune system.

Take a daily food-based multivitamin because most seniors don’t get enough nutrients.

Kombucha-fermented probiotic beverage is fizzing with billions and billions of probiotics that feed the DOD.

D-3: Implications of vitamin D deficiency on the immune system have become clearer. In D deficiency, there’s an increased susceptibility to infection. (NIH)

Regular exercise and a good night’s sleep keep us alert, active, energetic during cold and flu season and year round.

Under the specter of today’s antibiotic resistant bugs (MRSA), it’s advantageous to focus on our inborn ability to strengthen our aging immune system with what we eat, drink, feel and think. When we work synergistically with Mother Nature and allow her to nurture our defense system, our chances will improve. MSN