As a boy growing up in the 1950s, I was fascinated by trains. One of my notable early childhood memories was going with my older, adult brother to see Santa. Santa was pretty big and scary to my 5-year old eyes, but I remember telling him I wanted a train for Christmas.

Sure enough, I got a simple wind-up train that I either wore out from overuse or broke—I don’t remember which. Two years later, big brother again took me to a local department store before Christmas and showed me a really cool Lionel electric train.

Santa delivered once again, and that old Lionel was my favorite Christmas present ever. I played with that thing until I discovered girls and cars in my teenage years.

Fast forward 20-plus years when I had my own family and a job to keep me busy. Even then, I would go to model railroad fairs (when you become an adult, it’s more sophisticated to refer to toy trains as “model railroads” ) and collect a train car or two with the thought of building my own model railroad someday.

One of my co-workers, Mark Gerl, was an even bigger train buff than I. He not only had the proverbial Lionel train as a kid, but had also actually worked for a time on a real railroad. We would daydream about someday having our own layouts.

Fast forward another 20-plus years to Mark’s and my impending retirement. I still daydreamed about building a model railroad. Mark actually got busy adding an 18’ X 24’ addition to his house and built a cracker-jack HO scale model train layout.

His daydreams now were about cajoling other Helena model railroad fans to form a club, so members could jointly plan and build a really big model train layout.

Fast forward one more time to the present, while Mark and I have now been happily retired for 10-plus years.

Yeah, I still daydream about building a tiny model railroad, while Mark and three of his cohorts (Mark Luther, Jim Delsigne, and Bob Vanek) are officers of the Western Montana Railroad History Association (WMRHA) in Helena, one of the biggest model railroad club layouts in all of Montana.

Dame fortune smiled on Mark and his fellow Helena railroad buffs when they had the opportunity to acquire a large collection of HO scale model railroad equipment.

They immediately began selling pieces from the collection at annual train shows in Helena, Missoula, and Spokane as well as online.

They envisioned a model railroad that would replicate real railroad operations in virtually all of western Montana from about the 1950s era through the railroad consolidation of 1970s—no paltry daydreams for these guys.

After several false starts, they found a suitable location for rent in the basement of the Steamboat Block, the original location of the Power Townsend hardware store in downtown Helena.

The slow process of planning where to put railroad tracks, including railroad yards in Montana cities like Butte, Missoula, Helena, Great Falls, and Livingston and the building of bench work to hold cities and tracks has been underway for about three years.

Most of the track has been laid for WMRHA model railroads, and club members are able to operate their trains throughout most of this miniature version of western Montana.

Unlike the real railroad world, where tracks must be built to conform to the existing topography, geology, and vegetation, model railroad tracks are laid before the miniaturized scenery. Hobbyists then build the landscape around the tracks.

Making and placing model railroad scenery and buildings to mimic the real world is time-consuming and requires some artistry, but that detail work brings any model railroad to life.

Mark says the scenic work for the WMRHA model railroads will begin in earnest once the trackwork is all in place.

Organization leaders envision the WMRHA building serving as a museum of railroad history in western Montana.

To this end, they hope to eventually have exhibits of various Montana railroad memorabilia. They plan to provide guided tours of the railroad layout to schools and other interested groups of visitors.

Even though the railroad modeling is still a work in progress, Mark or another officer of the WMRHA would be happy even now to provide tours and explain operations to visitors. Send email to [email protected] Check out their progress on [email protected]

The WMRHA currently has 19 dedicated, train-loving members, and they would love to have more members to share the vision and workload. Regular membership costs $25 monthly and entitles one to bring trains and operate them on the extensive trackwork during normal operating hours. Sustaining membership costs $50 monthly and includes a key, which allows the member to show up anytime to run their trains or work on the layout. Family memberships are also available, but children must always be accompanied by a parent.

While Mark’s model railroad daydreams have morphed somewhat over the many years I’ve known him, he’s done the hard work to make them a reality.

Mine, on the other hand, have languished, and all I have are a few pieces of track, an engine, and a couple of train cars sitting in boxes.

I think it’s time for me to morph my daydream of having a model railroad in my own house to the more practical vision of joining the WMRHA .

The many miles of track are already in place, and I can join others in reliving the old days when the Milwaukee, Great Northern, Northern Pacific, and the Union Pacific railroads moved goods and people through the Treasure state.

What better way for we old men with childhood memories of our old toy trains to sharpen those memories by mimicking the real trains that helped build Montana? MSN 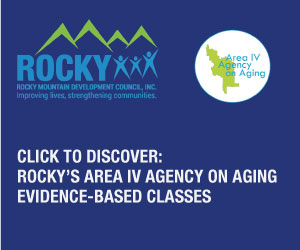