A national television meteorologist predicts the latest in a series of cold blasts of wind and snow that will soon envelop the eastern seaboard states all the way south to North Carolina.

From my vantage point in Montana, this isn’t particularly newsworthy. Actually, my eyes fastened onto the green grass behind where the television meteorologist was standing.

Green grass! Montanans haven’t seen green grass for months. At the time of this writing, Great Falls, Mont., located in the arid part of the state, has had over 62 inches of snow already this snow season. That’s 46 inches more than normal.

Looking out the window, I see that it is still snowing, and the thermometer hovers around the bottom of the bulb. It has already been a long winter. Almanac projections call for a possibility of snow off and on for several months. What is noteworthy is that national television meteorologists have largely ignored Montana’s unusually snowy, cold winter.

The snow plows have been stacking up the snow in the middle of the streets in Great Falls. Those stacks are getting so high that it’s almost impossible to drive through them. Piles of dirty snow are heaped up in parking lots.

New snow covers up the ugly snow, and then the scenario is repeated. Drivers are maneuvering on icy roads and in whiteouts days on end, and avalanches careen down the mountain sides.

We locals take long winters in stride. A few years ago, my husband had a private chuckle when he overheard a conversation between two men stationed at the nearby Air Force base. As they walked to their car in the mall parking lot, one told his buddy he had requested a change of station. He said, “I want to go where they don’t have those.” He pointed to electrical plugs that hang from the grill of Montana cars. These plugs are connected to car heaters that warm engines, so cars will start.

On my shelf is a book I keep mainly for a reminder of an attitude I should take about the winter weather. This tome with a north central Montana setting that took place around 1900 is titled, Never Let the Weather Interfere.

Over the years this has been the attitude of Montanans. During pioneer days, all-night dances were held in the school houses, and people would come from miles around, regardless of the weather, because they needed a break from the monotony of winter. Today kids travel across this huge state in school buses with four-wheel drive and all-season tires to activities throughout the winter.

Many of us take up the winter sport of snowmobiling or skiing, either downhill or cross country, to make winter more enjoyable. Yesterday, ignoring snow, slick roads, and temperatures hovering around zero, I still ventured out to lunch with a friend, a committee meeting, and a haircut appointment. No one even commented on the weather.

Maybe that’s why national meteorologists rarely report when we have winter weather in Montana.  We have good outer wear, detectors worn by those who recreate in avalanche areas, snow plows and blowers, four-wheel drive vehicles, all-season tires, and engine heaters on our cars.

For the most part we are usually successful at never letting the weather interfere. MSN 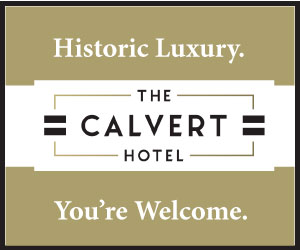