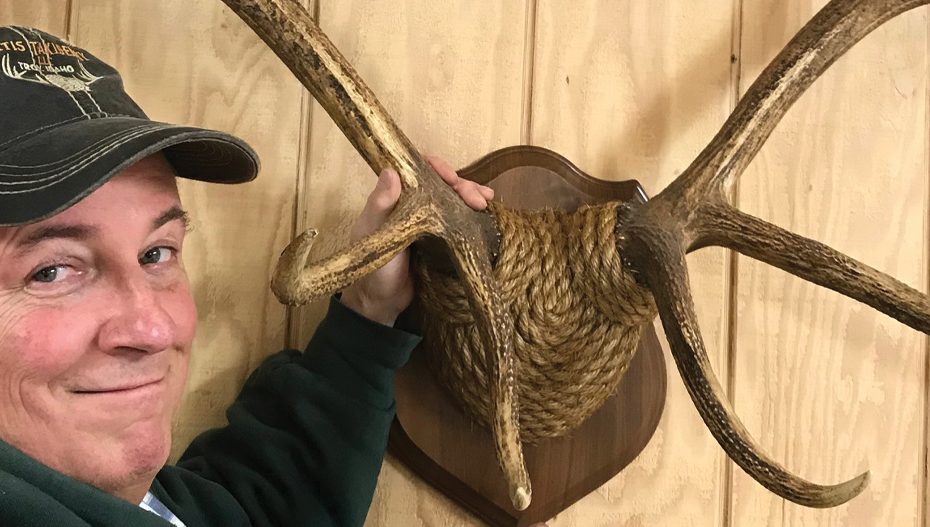 Most folks who hunt can easily recall every animal taken, every trail hiked or ridden, and every tent and campfire that went into making a season. Sometimes, an animal taken is so special that we want a permanent reminder of that hunt and the life we took. That’s were taxidermy comes in: it’s a visible reminder of what every hunter holds dear.

My friend, Dr. Dwight Curtis, Director of Moscow, Idaho’s Department of Parks and Recreation, has been a taxidermist for decades and still enjoys the thrill of putting together an exceptional mount for himself or others. But like most craftsmen, he started small.

“My first mount in 1972 was due to a bunch of ground squirrels making holes in our pasture for the horses and cattle to step in,” he recalls. “My dad shot a bunch of them, and making mounts of those guys was my first attempt at taxidermy.”

According to Curtis, his dad also introduced him to a man who already knew the ins and outs of taxidermy, so he got a quick course in what to do.

It was, he adds, just a hobby for many years.

“But, at one point it seemed I should actually treat it as a business, and I did for several years. Now, I’m more back to hobby status.”

Curtis says the smaller animals are the hardest to do.

“Some of it is down to my own aging, I guess,” he explains. “You have to have fine, small muscle control and good eyesight, even with the help of a magnifying glass, to really work the small mammals and birds.”

But that said, Curtis says he enjoys the challenge of working on smaller mounts the most. Animal Control of Moscow provides Curtis with some practice critters.

“Whenever they find dead fox squirrels that aren’t too damaged after being hit by a vehicle, they save them for me, and I put them in our freezer. They are good practice specimen, and that way they’re not just tossed in the trash.”

Although he hasn’t done a lot of birds, Curtis says working on waterfowl is particularly satisfying.

“My favorite bird to mount is probably a duck,” he adds. “Pheasants are pretty, but everyone does them so I gravitate to waterfowl.”

“The first time I mounted a bird, I didn’t enjoy it, because you really need to be a good artist to do it right, and I’m not there yet. But it’s sheer poetry when you see a really well-done bird mount.”

To prepare a bird, Curtis says you tan the skin like you would a deer or elk, but keep the feathers on.

“The feathers don’t need any treatment, but you have to be careful not to damage them as you skin the bird and dry the flesh.”

Curtis uses purchased molds for the animals he mounts, although he does carve fish forms himself out of a special Styrofoam.

“Using preformed molds really cuts down the time needed to finish a mount,” he explains.

Lately, Curtis has been doing a lot of re-mounting.

“I’m really getting a kick out of making old mounts look good again,” he says. “I re-did a big mule deer my dad shot that had been mounted poorly by an amateur. The hair was wearing off mainly because, with nine kids in our family, that deer head got petted a lot: we just couldn’t resist it.”

Curtis has also discovered that some spouses don’t want a full shoulder mount of a dead animal in their house. He’s found that mounting just the antlers and wrapping the base in rope with a trademarked process, called ‘the Curtis wrap’, looks classy and unique. The rope takes the place of a traditional leather skull plate and is a great way to showcase some beautiful antlers.

Right now, Curtis is working on a mount for himself with some special additions.

“I’m doing a shoulder mount of a deer, but I made a rustic backpack and have a rolled hide to put on, and I fashioned real snowshoes as well out of traditional materials, so the whole impression is of packing a deer out of the mountains.”

Crafting unique ways to display animals is a hallmark of Curtis’ work.

“A friend brought me a whole family of raccoons he’d eliminated, because they were killing his chickens,” Curtis recalls. “Some of them were in good enough shape to mount, so I put one with its head coming out of a timbered knothole, like you’d see in a tree.”

Curtis says getting kids involved in taxidermy is a great idea.

“If a kid is thinking about college, this is a great way to help them make money to cover some of that cost. It’s also a good second income for young people, because lots of people want animals mounted.”

But for Curtis, it’s not about money: it’s about making memories for people who cherish their time in the outdoors.

To see some great mounts, go to www.curtistaxidermy.com the website of Curtis Taxidermy, LLC. MSN