Following Dad Down the Road to Sobriety

In the spring of 1980, when I was a senior in college, I showed up at our home for Spring Break only to find that my father was nowhere to be found. I asked my brother and sister where he was, and they said, “You should probably talk to Mom.”

When I asked her, she sat me down and said, “Your father has checked himself into a treatment center for alcohol.”

The fact that I would make such a claim says a lot about how ignorant we were as a family about alcoholism. But it was also a pretty strong indication of how uneducated the public was about the disease at that time.

My father frequently kept a bottle of vodka under the seat of his car. He had another stashed in the garage. We all knew this. But we thought nothing of it. It was also quite common for him to not come home after work and not call my mom to let her know where he was. Several evenings I had to try and calm her down from worry.

But for him to claim he was alcoholic made no sense to us at the time.

I quickly learned why when we packed our bags and headed out for family week at the treatment center.

As I sat in those group sessions and listened to people talk about their experiences with alcohol, I felt a sense of panic at how much I related to their experiences. I had been fighting with a vague notion that something was wrong with me for a couple of years, but I never made the connection to alcohol until that week of confinement.

I went back to finish my senior year and plunged even further into my own addiction, perhaps trying to prove to myself that it was true, or perhaps knowing that it was just a matter of time before I needed to get the same kind of help my father did.

I’d never been sure. But less than a year later, after watching my father’s life completely transform, I woke up very early on a Sunday morning, opened my journal, and wrote down for the first time that I was an alcoholic and that I needed help.

There was a bit of irony to the way the rest of that day played out.

I was living in Seattle at the time, and I had a standing date to go watch the Seahawks games at my cousin’s house every Sunday. I went, knowing there was no way I was going to be able to say no to his usual offer of some good pot and a glass of scotch.

The irony was the first time I ever got drunk was at this same cousin’s wedding reception. That evening, still slightly buzzed, I went to my first meeting. It was the last time I ever did drugs of any kind, but I still had some drinking to do before I was able to quit entirely.

For the next few years, I attended meetings regularly, but in part because I was so young, I had a hard time admitting that alcohol had such a grip on me.

It was easy to compare myself to some of the people in the program and conclude I wasn’t that bad. Most of them had been through way more than I had, losing marriages, jobs, going to jail, getting DUIs. None of that had ever happened to me. But the fact of the matter was I couldn’t get my life together. Between a self-destructive attitude and lack of motivation, I had a hard time getting out into the world and finding a job.

I asked my parents if they would send me to treatment, which they very generously agreed to do. I learned a few things there, but I was still fighting the idea that I was in bad enough shape that my life would only get better if I quit completely.

After a couple more relapses, I moved back to Montana, where things started to improve. I got a good job. I met a woman. I bought a car. I was still struggling though.

Looking back on it now, I can see that I was a bit of an entitled little snot, thinking my life should be better than it was, just because I was making the effort. I would go for several months without drinking, then get irritated about something, or overcome with impatience, and I would drink again out of pure self-pity.

The road came to a sad end one night just a couple of months after I got married. Perhaps after a miserable honeymoon, I was disillusioned about how getting married was going to change my life. Perhaps I was still just generally unhappy.

I have never quite put my finger on what triggered it, but I stood up from the dining room table one night and told my wife that I needed to get drunk. I think it may have been the only time I ever admitted this without having to create some kind of excuse or drama to justify it. I just needed a drink.

I went to a lonely dive bar, which is actually just a couple of blocks from where I live now, and drank alone. Nothing dramatic happened. My wife somehow found me there, and when she walked in, I was ready to go home. There was no big scene, no fight, no car crash, no arrests.

But for whatever reason, that was it. I have since concluded that by admitting I needed to drink that night, without cause, without reason, I was somehow admitting to myself that I was completely defeated. That was almost 37 years ago.

Since that time, I’ve been through a couple of divorces, a bout with cancer, a bankruptcy, and the tragic death of a stepdaughter, all without taking a drink. I’ve also experienced the other side of life, fulfilling a dream of becoming a published writer, seven times now.

And cultivating countless friendships and adventures.

I have lived in 12 different states since I got sober, and sometimes felt as if I was newly sober again, just because I didn’t have the foundation I have come to expect from going to meetings. I still go almost every day, and it continues to be the bedrock on which I’ve built a new life.

My father had been sober 33 years when he died six years ago. I was just a few years behind him, and sharing that in common had a profound impact on our relationship. We had no unfinished business between us, and I was with him the night he died, along with my sister and mother. There is no greater gift I can imagine. MSN 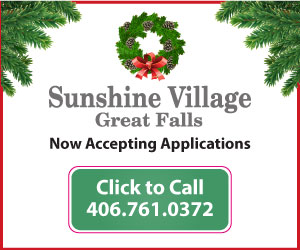