Celebrating the Rural Women of Montana 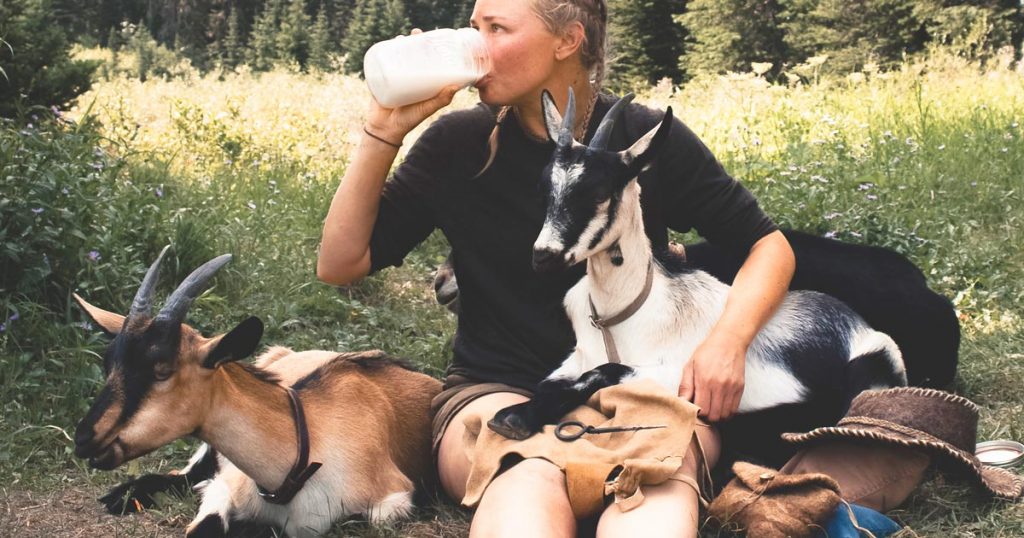 The United Nations’ International Day of Rural Women, held on October 15, celebrates the commitment, determination, and strength of rural women around the world.

In Montana and Idaho, women play a crucial role in farming, ranching, and conservation. Here are just a few of these exceptional women of the land.

Tracy Hentges, a member of the Assiniboine tribe, has long been a farmer and rancher in Frazer, Montana, but she grew up in rural New York. There she did chores for her great-uncle at his dairy farm and for her father, who raised horses and a few cows, pigs, and chickens. These experiences made her, as she says, “want to be a cowboy.”

She raised horses in the past, but now specializes in Black Angus crosses and all-Black Angus cattle, which graze on land she and her husband lease from the Fort Peck tribes. The couple also grows hay and hard red wheat. Hentges loves the life she leads and says she hopes her two younger daughters will want to follow in her footsteps.

Callie Russell of Flathead, Montana, has a deep love of wilderness coupled with in-depth, practical knowledge of how to survive in the wild. These qualities, and her positive outlook on life, won her a spot on the seventh season of The History Channel’s reality wilderness survival show, Alone.”

Russell became the runner-up for the longest number of days spent alone in the Canadian wilderness—89 out of 100 possible days. She was such a fan-favorite that she was invited to return for season eight.

In her younger years, Russell served with the Oregon Conservation Corps then worked as a wilderness therapy guide in her home state of Arizona. Wanting more experience in the wild, she headed to the Flathead area to live off-grid in the mountains. Since 2010, Russell has been living outside, often nomadically, under trees, tarps, canvas, in a yurt and in caves.

In the fall, Russell skins deer and elk at a wild game processor to harvest the hides, which she then tans and sells through her business, Montannery. She tracks mountain lions every winter for a conservation project and shares her skills with youth at several nature connection schools, including Ravenwood Outdoor Learning Center. She also teaches nature-based workshops for adults and leads backcountry trips.

Doreen Gillespie’s passion for agriculture led her to advocacy and public speaking through numerous agricultural organizations. She’s currently an active member of Montana Agri-Women, a nonprofit, nonpartisan organization that promotes education and communication for Montana women in agriculture.

For more than 40 years, Doreen and her husband, Butch Gillespie, have been cattle ranching on Revolution Ranch in northern Montana. They own Gillespie Show Cattle, raising both beef cattle and club calves, which are calves bred for sale to youth livestock show exhibitors. Doreen is also a brand inspector and serves as the chair of the Montana Livestock Loss Board.

The couple raised two children on the ranch, where they also hosted many work-study students from around the world. Doreen says of ranching, “You learn what life is all about when you’re dealing with a ranch because you see birth, death, (and) what happens in life generally.”

Karie Lee Knoke exchanged the corporate life in Seattle for an off-grid life near Sandpoint, Idaho, in order to become immersed in the natural world. Now she lives in a small yurt set deep in the woods, where she composts all waste, uses a gravity-fed, fire-heated bath-house (which she built herself) and forages for herbs and flowers to produce herbal remedies and essences.

Knoke shares her hard-earned wilderness knowledge at her Sacred Cedars Wilderness School. She and other instructors lead week-long immersion expeditions into the wild as well as teach buckskin crafting, fishing, and foraging for meals. Knoke also conducts energy medicine sessions.

Her backcountry skills and determined personality led to her being chosen out of thousands of entries to compete in the gritty reality wilderness survival show, Alone. At 57, she is one of the oldest competitors ever to be in the show. The ninth season, in which she appears, was filmed by The History Channel in Labrador, Canada last year and will air in the fall of 2022.

Carla Crane Osborne grew up on her family’s farm in Burley, Idaho, where she says she loved doing chores, including helping to feed the animals. Her memories of those years were so positive, she decided to write a book celebrating farm life from a child’s perspective. The resulting children’s book, Under the Barnyard Light, illustrated with paintings by Brandon Dorman, won the Ben Franklin Award from the Independent Book Publishers Association in 2021.

The Burley farm, currently run by Osborne’s brother, has always been a special part of her life. As a parent, she says, she and her husband, Ron, often took their children to the farm, to instill in them an appreciation of farm work. To this day, Osborne and her family visit the farm as often as possible.

Gwenna Wade says she’s never known a life outside of agriculture. Born and raised on a row crop and livestock farm, she later married a cowboy, Gus, with whom she has long owned and managed a cattle ranch in Carey, Idaho. Wade says she has been able to use her financial skills to help make the operation a successful business.

The couple’s two boys, now adults, are also cattle ranchers and are raising their own children to participate in ranch life.

Wade, who was Cattlewoman Chair for the Idaho Cattle Association in 2020, says, “I (always want) to have cattle around. I believe that producing beef for people far and wide is truly a noble and rewarding occupation. There is no better way to raise a family.” MSN