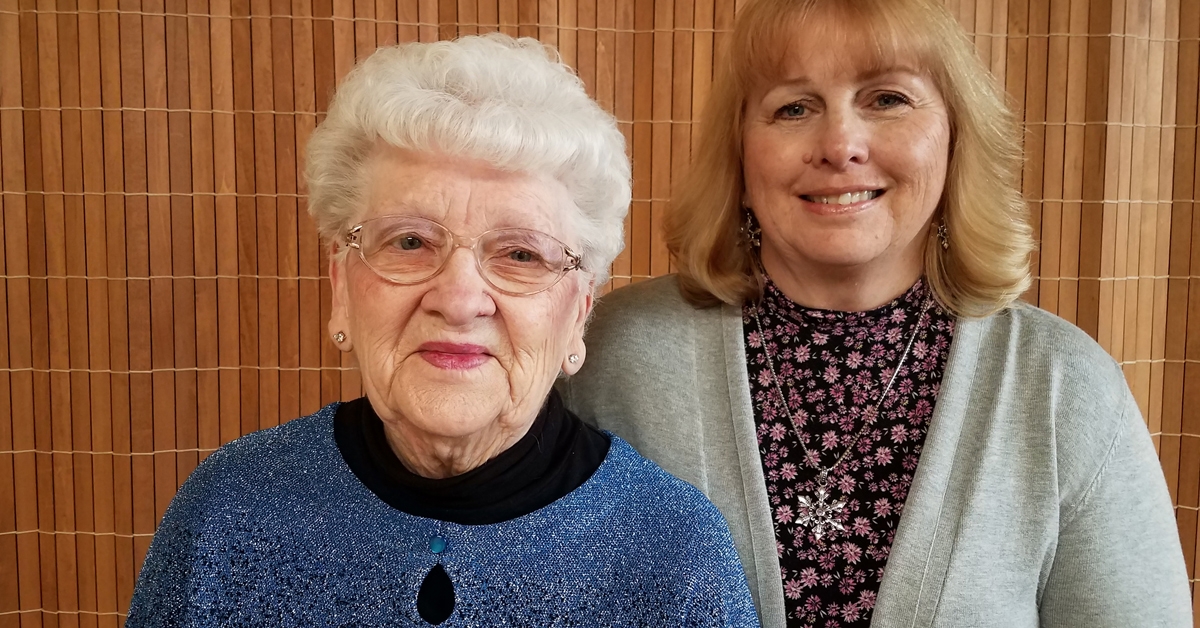 It’s hard to believe that a philanthropic group that has provided more than $300 million in financial assistance to over 102,000 women is practically unheard of throughout Montana and the U.S. But such is the case with the international organization known only by the initials P.E.O.

And should you be curious about what that acronym stands for, here is some unsolicited advice: don’t ask. As with sororities, you have to be invited to join this sisterhood.

Learning the meaning of those letters along with the organization’s password are two of its secrets that only members are privy to.

Why the secrecy? According to Kalispell’s Lorraine Wagnild, a longtime P.E.O. member, “It lends an air of enchantment and mystery to the organization.

It makes it special. Members want you to be dedicated to the purpose of P.E.O., to raise money to advance women through education. It’s a lifetime commitment. Once you join, you join for the rest of your life.”

Founded in 1869 by seven college friends to help women pursue their academic dreams, P.E.O. is one of the oldest women’s associations in North America. Montana’s first chapter was established in Glendive in 1910.

Today, some 3,700 women belong to 87 chapters in Treasure State communities. Internationally, P.E.O. membership numbers around a quarter of million women from every state and Washington D.C., along with six Canadian provinces.

As one of P.E.O.’s “Golden Girls,” Wagnild has helped raise money for educational purposes for over half a century.

During trying times, she has also lent a hand however and whenever needed to her local chapter’s sisters, as they refer to one another.

“I attribute a lot of the things that have worked out for me to being a part of the organization. The friends I’ve made and the inspiration I’ve gained have all been an emotional support,” stated Wagnild, whose daughter Sandy Magnan is now her P.E.O. sister as well. “We are here for each other, to share our love and understanding.”

Although asked to join in 1965 while working as the administrator at Immanuel Lutheran Home, Wagnild still recalls her feelings upon receiving the invitation—privileged and pleased.

“I knew it would be a way to become acquainted with many others in the Flathead Valley and associate with people of integrity that I liked and respected,” said Wagnild. “The chapter’s members were impressive in different ways. For instance, there was a single mother whose husband died when her child was 6 years old. She brought up that child herself while running a business and actively participating in P.E.O.”

Since the organization is on the secretive side, people typically find out about it by knowing a P.E.O. sister personally. However, no one can join simply because it sounds like a noble idea. P.E.O.s want to be sure potential members share their values and dedication to motivating and educating women.

So new members must be invited to join and sponsored by three current members who can vouch for them. Then a secret ballot takes place. Acceptance must be unanimous.

Chapters meet 15 times annually either in homes or community buildings, depending on the numbers attending.

After the business portion of the meeting, a speaker often presents a program followed by an opportunity to share bragging rights or blessings with the group. That privilege costs a dollar a brag or blessing and, over time, adds a tidy sum to the coffers.

Like most non-profits, P.E.O. depends on creative fundraising events to raise money. This could include anything from garage and patio sales to auctioning off themed gift baskets or selling homemade baked goods and handcrafted items.

The methods are as varied as the members who come from all walks of life and hold different religious convictions and political viewpoints.

One thing for sure, though, if the fundraiser includes auction items and husbands are attending, that chapter can count on solid income. Spirited bidding wars between these guys are the norm rather than the exception.

“Husbands bid against husbands, and some things can go for over $100 each. That means we can raise between $3,000 and $3,500 in one night,” explained Wagnild, whose local chapter members also hold an annual B.I.L. (Brothers-In-Law) dinner every May for the men in their lives.

These dollars, along with financial donations, have been distributed to women as awards, grants, scholarships, and low-interest loans. Everyone from college-bound high school seniors to women pursuing their doctorates has benefited.

In between are those who may be returning to school after an absence or women from other countries wanting an education.

In addition, Montana P.E.O.s offer the Jane Hammer Holmgren Scholarship to a Montana woman who is nearing graduation in elementary education or who has gone back to school for additional training as an elementary school teacher.

P.E.O. chapters also contribute to the stewardship of Cottey College in Nevada, Missouri. This liberal arts and sciences college was bequeathed to the P.E.O. organization by one of its sisters in 1927, so women could achieve their highest aspirations.

It has flourished ever since, expanding from being a two-year to a four-year college.

The organization’s emblem, a five-pointed star, aptly epitomizes the qualities each sister is expected to uphold: purity, justice, faith, truth, and love.

Members receive a pin upon their initiation. It is theirs for life but belongs to the organization. Understanding the meaning behind the star’s symbolism makes the P.E.O. motto especially relevant as their sesquicentennial anniversary approaches next year: “Celebrating 150 years of women helping women reach for the stars.”

For more information, visit mtpeo.org or peointernational.org or call P.E.O. headquarters in Des Moines at 515-255-3153.