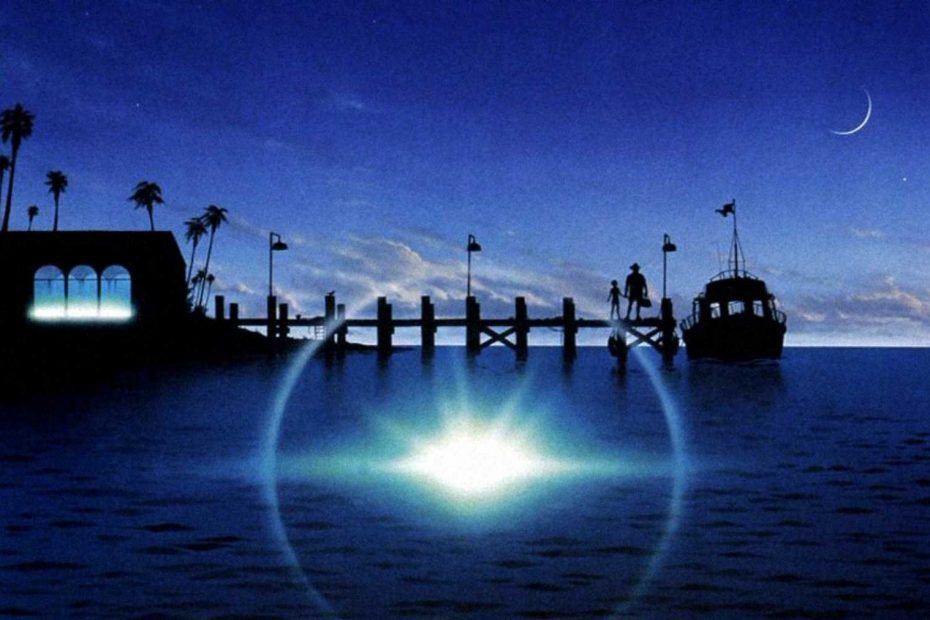 A few weeks ago, after my seven-year-old daughter and I returned to our hotel room after a soak in Bozeman Hot Springs, I let her talk me into letting her channel-surf with the remote control. After ten minutes of cycling through tedious infomercials and deplorable sit-coms, I told her we had to find something decent and stick with it because the cascade of jump-cuts was making me dizzy.

As it happened, one of the movie channels was just starting a film I vaguely remembered from high school, called Cocoon. Since it was rated PG, we decided to watch it. Directed by Ron Howard in 1985, it did well at the box office, making its mark as the 6th highest earner that year. But it received well-deserved critical acclaim, too, and it took home two Oscars—one for best supporting actor (Don Ameche) and one for best special effects.

The plot offered an interesting science-fiction twist on the “fountain of youth” theme: a group of elderly residents at a Florida nursing home happens to stumble upon a swimming pool in which alien pods (the “cocoons”) are awaiting rescue back to their home planet. The aliens happen to emit a powerful life force that rejuvenates the old folks and makes them feel young again.

But the return to youth comes with the usual problems of immaturity, such as infidelity and poor judgement, which create much of the dramatic conflict in the film, and which urge the plot toward its climax. Eventually the main characters have to decide whether to leave their families and lives on earth in order to have immortality on another world.

The movie shows Howard in his element, directing seasoned actors like Don Ameche, Wilford Brimley, Maureen Stapleton, and Jessica Tandy through a screenplay that is energetic and scene-driven.  The younger foils in the film, Steve Guttenburg and Tahnee Welch (daughter of Raquel Welch) perform admirably as the literally star-crossed lovers who discover unconventional ways to consummate their interstellar romance, all while trying to rescue the Antarean cocoons from the ocean and securing them in a swimming pool near the nursing home.

Cocoon spins a powerful yarn about aging and explores what makes life worth living as youth fades, and the day-to-day quality of our lives offers more challenges than rewards. The film gives off a kind of glow, evoking an emotional response in the viewer that would be sentimental, or even maudlin, except that it is tempered by sincere philosophical feeling in the most emotionally tense scenes.

Wilford Brimley steals many of these scenes with his down-home pragmatism and grandfatherly wisdom, although Ameche earned a well-deserved Oscar for his animated portrayal of the philandering Art Selwyn.

My daughter was fascinated by the premise of benevolent aliens visiting Earth with powers of immortality, but she was also inspired by the film to ask many questions about growing old and how both we and the world change with time. If the litmus test of a good film is that days later, you’re still discussing it, then Cocoon was a masterpiece for the two of us.

Ron Howard, who was a child star (he played Opie on the Andy Griffith Show), no doubt had a special reverence for many of the aged stars of his film, who had been in their primes when he was coming up. Reaching middle age himself in 1985 gave him a special  insight into that frustrating lesson life thrusts upon us: we are all destined to outlive our parents, and our children to outlive us, and we are compelled to drift through life, separated by generations.

And yet the film made clear that the feelings we have for those we love probably wouldn’t change much, even if we could live forever.