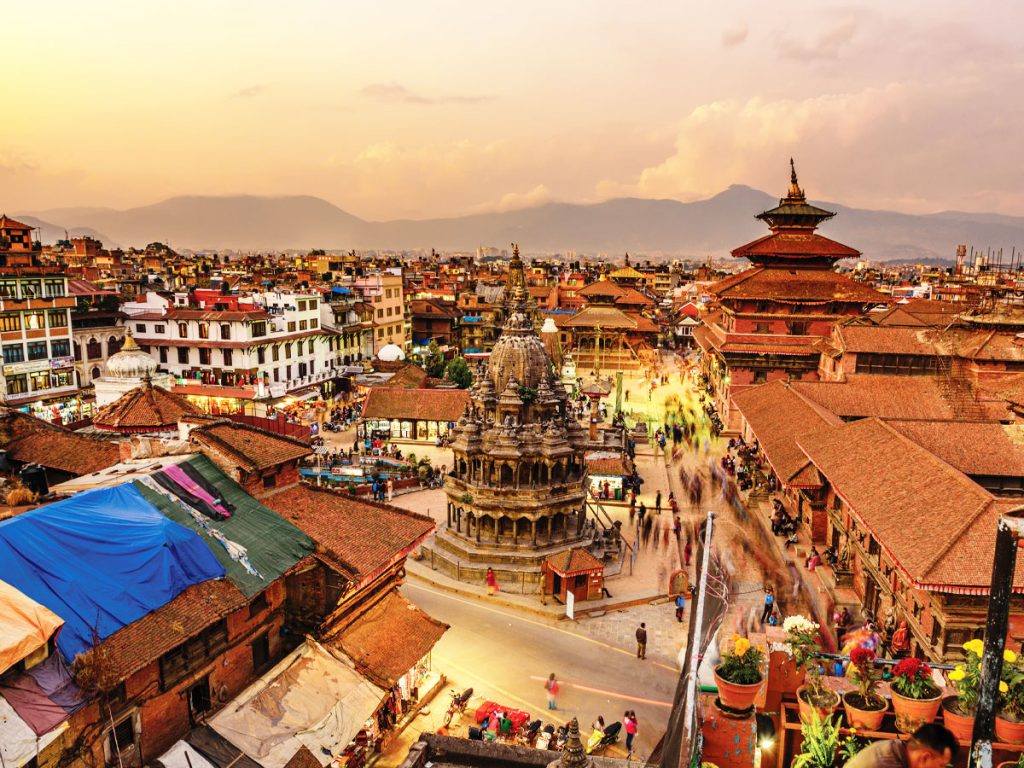 I didn’t know it, but the trip I was about to embark upon in the fall of 1976 would change my life. My husband and I, along with 16 strangers—all of us in our early to mid-20s and hailing from a variety of countries—were going on a two-and-a half-month overland journey from London to Kathmandu.

We would be traveling in an English Bedford truck, sitting on two long benches placed opposite each other in the truck bed. Like a covered wagon, canvas stretched over a metal frame above us. Flaps hung down the sides and back and could be raised or lowered, depending on the weather.

Our backpacks and duffel bags, and the two-person canvas tents in which we would sleep, were stuffed into a large carry-all attached to the Bedford.

We would buy produce, and occasionally meat, for our meals, which we would cook over an open fire.

It all sounded terribly romantic and adventurous.

Sam, our driver and guide, was a dour Londoner in his early 40s. We would learn a few things about Sam on this trip.

He’d recently received a new prosthetic leg that didn’t fit him very well. As a result, he had hidden throughout the Bedford an impressive amount of cheap whiskey, which he used to relieve the discomfort of his prosthetic.

We also discovered he didn’t know much about truck engines and had a terrible sense of direction.

Needless to say, these issues caused us some problems over the next couple of months.

One cool September morning, we, and the Bedford, took the car ferry from London to Calais, France. After leaving Calais, we stopped here and there for sight-seeing. We camped in city campgrounds, took turns cooking the nightly meals, and got to know each other over bottles of local beer.

As we entered the lovely city of Salzburg, Austria, a tire blew out, and Sam discovered the Bedford’s one spare tire also had a hole in it. It was a harbinger of things to come.

Unfortunately, we had arrived on a major holiday, and every business and tourist attraction was shut down for three days. Once businesses reopened, Sam bought the tires, and we left Salzburg.

He drove us quickly through Yugoslavia and Hungary, where the landscape was flat, gray-green, and mostly barren, with endless rows of ugly, concrete high-rise apartment buildings.

We could hardly wait until we arrived in Greece.

But instead of this version of Greece, Sam brought us to the island of Levkas, whose claim to fame was a thriving honey industry.

The masses of bees there proved to be highly aggressive toward humans, and our only respite from their attacks was to sit in the warm ocean water up to our chins or hide in our tents. We weren’t sorry to leave Levkas!

After taking a good many wrong turns, Sam managed to find his way to Istanbul. We spent two wonderful days strolling through the winding, covered markets, wandering through the glorious Hagia Sofia. We toured the Topkapi Museum, tried out the famed Turkish Baths, and learned to love Turkish coffee served thick, black, and sweet in tiny glass cups.

We car-ferried across the Bosphorous Strait, then drove on to the ruins of Ephesus, with its once graceful temples, central amphitheater, and ornately tiled public baths. It was awe-inspiring to walk in the footsteps of ancient Greeks and Romans, and, later, early Christians.

We made our way through the enormous, empty Great Salt Desert of Iran, over which bleak mountains loomed.

Ill luck struck us about halfway through the valley when the Bedford decided to have a nervous breakdown. We sat by the highway for nearly three days while Sam and an Australian engineer in our group tried to convince the truck to start. The rest of us played a lot of card games.

On the second day, a few of us women hitch-hiked a ride with an oil-truck driver to a nearby village. Using sign language, we asked the women filling containers with water at the town pump if we could wash our hair. They nodded and smiled their permission, then went to gather their friends and families to come and watch the show. Our hair still wet, we caught a ride back to the Bedford with another truck driver.

On the third day, the engineer discovered he could use some of the rubber bands Sam had packed, to piece things together well enough to start the engine. I’m not kidding; he really did use rubber bands.

Fortunately, the engine kept running long enough for us to get to a town where the necessary part could be purchased and installed.

After spending a few days in the elegant, historic cities of Isfahan and Shiraz, we drove on to Afghanistan. Sam got thoroughly lost, adding at least a day to our trip, but at last the Bedford rumbled into the capitol city of Kabul.

I hadn’t expected to fall in love with Afghanistan, but I did. The Hindu Kush Mountains were breath-taking.

I was moved as I stood before the massive stone Buddhas of Bamiyan, painstakingly carved into the tall red cliffs long, long ago. (Sadly, the Buddhas are gone now, destroyed by the Taliban.)

We drank endless cups of strong, sweet tea served in clear glasses by roadside vendors. We saw women in head-to-toe black burqas swirl by. People were astonishingly friendly to us and always eager to try out their few English phrases. I was sorry to leave.

To get to Pakistan, Sam had to navigate the Khyber Mountain Pass Road as it wound its perilous way down plunging mountainsides. Although there were no barriers between the bumpy, narrow road and the cliffs, he drove as if he navigating a NASCAR race.

We passengers, clinging to each other or onto our narrow benches, tightly closed our eyes as we murmured desperate prayers to assorted deities.

We learned later that an Afghani truck driver had told Sam that, just the day before, guerrilla fighters had been shooting at vehicles on the Pass. Perhaps Sam thought that driving really fast would prevent bullets from hitting us?

After a quick trip through Pakistan, we spent a couple of weeks touring southern India. I really don’t have the words to describe this amazing country. Ancient, lush, diverse, smoky, dirty, beautiful, friendly, poor, and colorful are just a few descriptors that come to mind. I loved it all.

Our last official stop was Kathmandu, Nepal. We traveled there via the road from Varanasi, India, up an exceptionally twisty, steep mountain road. Naturally, the Bedford broke down, and, once again, we spent a couple of days on the roadside waiting for someone to come to the rescue, which they eventually did.

After exploring Kathmandu for a few days, my husband and I said farewell to our fellow passengers and flew to Bangkok, then back to the United States.

That overland journey changed me for the better. It helped me realize I’d married the wrong man. (A few years later, I found the right man, and we’ve been happily married for 37 years.) I discovered the world is both heartbreakingly beautiful and heartbreakingly sad.

I found out that people’s similarities are greater than their differences. I made some life-long friends from other countries. And I learned something I’ve never forgotten: I am very fortunate indeed to live in United States. MSN