I am a resident of the forested highlands of the West Virginia Appalachian Mountains, who often visits the fair state of Montana. This is motivated in no small part by the fact that a 2-year-old holder-of-my-heart is a resident of Missoula. I delight in the chance to see her whenever I can. Therefore, when my Montana son asked if my West Virginia son and I would like to accompany him, his wife, and my granddaughter on a five-day canoe trip down the Missouri River below Ft. Benton, I jumped at the chance.

A couple of other families were also to be a part of the flotilla. These were comprised of two parental units each, a 5-month-old, a 3-year-old, and a 6-year-old.

I must admit that I approached the trip with some misgivings due to the remoteness of the area through which we’d be passing, coupled with the age of a large part of the contingent. This was only exacerbated when, on an earlier Missoula visit this summer, I accompanied my hammer-dulcimer-playing spouse to a jam session at a cider house. There I sat with the banjo player’s wife.

I mentioned my upcoming expedition to her, which she met with a description of a trip she had taken down the same waterway that included a “watch-out-for-all-the-rattlesnakes” admonition.

I did a little online research and discovered that, indeed, the territory we would traverse was prime rattler country.

I am a former Boy Scout Leader and Sierra Club Outings Leader, and I have taken more than one wilderness first aid course.

I decided to bone up on what to do in the unfortunate event someone is bitten by one of these why-the-hell-would-God-make-such-creatures.

In my youth I had heard of cutting X’s down the bloodstream from the bite and sucking out the venom.

Nope—long ago debunked as being totally useless.

I had once learned of the tourniquet technique: cutting off the flow of blood and presumably venom. Now, I discovered this was considered less than useless, because it was not only ineffective, but the unfortunate victim risked losing a limb if they did recover from the effects of the bite.

No, every source I accessed said to get the victim to medical personnel who could administer anti-venom. Great . . . at least during part of the planned trip we’d be a day’s paddle from medical help.

When my West Virginia son was forced to cancel on the trip due to a work issue, I almost backed out myself. My spouse, however, said that I should go and assume the role of St. Patrick (the bane of the former snakes of Ireland) for the conveyor-of-our-genetic-material-to-succeeding-generations. So I switched my own conveyance from a canoe to a kayak and became the worrywart of the expedition (a role I think was interpreted as a product of my age as much as based on any legitimate concern).

I chalked this up to youth being convinced that they are immortal; but admittedly the organizers of the trip, and not I, had been through the area before. Moreover, I discovered post trip that one of our party carried an “oh sh*t! button” (a SPOT GPS Messenger that provides satellite communication for emergency assistance). I might, just might, not have been quite such a weenie had I been aware of this—doubtful though.

If you have not paddled the Upper Missouri National Wild and Scenic River, you have missed out on one of the most beautiful waterways to float. The water is like a mirror, yet moves at a pace that allows one to drift along should you not wish to particularly exert yourself.

A good thing, too, for my Montana son, since my granddaughter would often wail in anguish if her mother didn’t hold her while in the canoe. This resulted, for much of the trip, in my son being the sole propulsion of a large canoe heavily laden with provisions.

The sides of the river are lined with majestic white rock formations that, with a bit of imagination, mimic ancient sculptures and castles.

My fellow paddlers often missed the opportunity to savor this panorama, frequently compelled to hurry along to reach the next pullout to allow their squirming, impatient progeny a place to work off their pent-up energy.

The easiest child of the lot was the 5-month-old—who mostly slept in the canoe. Since he was still nursing, he was easily satisfied when awake. At one landing where the mobile munchkins in the group loudly ran off like the little feral children they had quickly become, I thought I detected a concerned look on the new mother’s face. I unkindly said, “See what you’ve gotten your future self into.” I fear that I may have helped relegate her baby to only-child status.

The children dug in the sand, played in the dirt, splashed in the river, fought over sticks, threw rocks, found toads, and pleaded to go on exploratory hikes—which invariably morphed into demands to be carried. In short, they did what children do to entertain themselves in the absence of electronic devices and manufactured toys. I felt transported back to the time of, if not Tom Sawyer, then at least my own rural youth.

The adults (sans me, who is one generation removed from such responsibilities) struggled to feed and protect children and somehow get them to sleep in translucent tents while the summer sun was still shining.

Once they put their offspring to bed, the patriarchs and matriarchs settled down with adult beverages in a semicircle of chairs facing the river. Someone brought a copy of Meriwether Lewis’ journal, and we developed a ritual of ending each evening with reading the portion of the journal that matched the Lewis and Clark Expedition of Discovery’s route with that of our day’s journey.

Someone once told me that religion provides two things everyone needs—community and ritual. Although it appeared that none of the group was particularly religious in the formal sense, I could not help thinking that they had succeeded in meeting these two needs in their semicircle.

I, who consider myself religious, relished the cathedral of the Almighty through which we passed; including the brilliance of the night sky viewed so far from man’s artificial light. “The heavens declare the glory of God, and the sky above proclaims his handiwork.” Psalm 19:1

My granddaughter emerged from the outback a bit grimy and disheveled, but otherwise unscathed. Although her parents would certainly have been fine bringing her out in one piece on their own, I like to think my hovering and snake vigilance contributed. (Only saw three snakes—none of which were rattlers.)

I am grateful to the whole group for letting the old man tag along. I know the “are-you-doing-okays” were out of concern for my perceived ancient personage, which I appreciated; but yeah—still enough of the outdoors man and fit enough to assume a guardian angel role in the wilderness. MSN 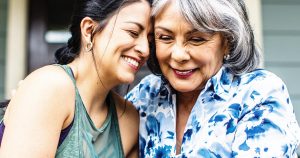 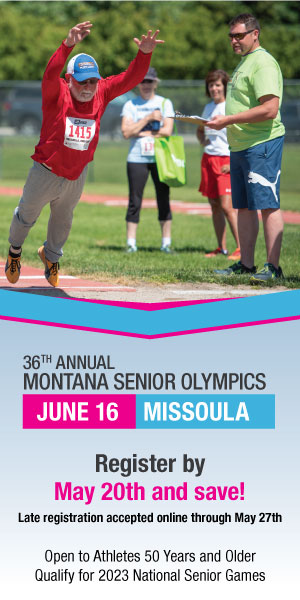