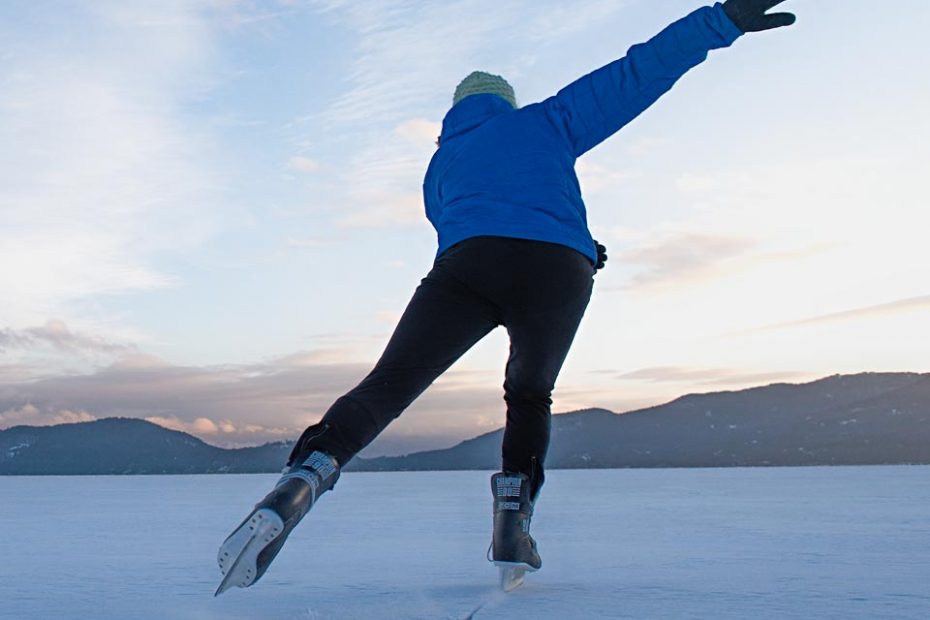 The MT Icebuds prove ice skating is not just for kids anymore. All over the northern United States, adults are discovering the joys of lake skating.

Montana and Idaho both happen to have numerous lakes and ideal climate conditions to make the pastime one of the most rewarding winter activities for people of all ages.

As outdoor winter sports go, skating seems to be something of a sleeper.

“All over northern Europe, it’s something probably 85 percent of the population does in the winter, and when the ice conditions develop, people descend on the lakes in droves.”

While the geographical region right around Helena happens to be perfectly suited for it, not a lot of people are into skating on the local lakes—yet.

“I am always trying to introduce new people to it,” Livezey said. “I mean, we’re situated in this perfect place for it: we’re in a region that’s cold, but where we don’t get a huge amount of snow. And within less than a half-hour’s drive from Helena, you have Canyon Ferry, Hauser, Lake Helena, the holding reservoir, Spring Meadow—a lot of possibilities for excellent ice.”

Livezey started a Facebook group, the MT Icebuds, as a way for skaters to connect.

There’s good skating over on the other side of the Continental Divide in Idaho as well, though the more rugged terrain in the panhandle and typically warmer temperatures make ideal conditions more elusive.

Margaret Williams, 56, of Sandpoint, has the immensity of Lake Pend Oreille nearby, and she seizes every chance she gets.

“I end up going alone sometimes because, when the conditions are right, you just have to lace up and go. It’s not always something you can plan for or put off for tomorrow,” she said.

Ice perfect for lake skating turns out to be more elusive than you’d think. Once the weather turns cold enough, there’s no shortage of lake ice. In contrast to every other winter sport, however, snow becomes the enemy.

“A half inch of snow is no big deal,” Livezey said. “You can skate through it. But more accumulation than that and the snow starts drifting, and that stops the long glides.”

Williams concurred. “As soon as a snow storm comes in, it’s all over.”

Sometimes skaters enjoy threading their way through the drifts if the ice is otherwise smooth. More commonly, the snow covers the ice, then melts a little and refreezes, making a kind of crust that’s just impossible to deal with.

Snow can also stipple the ice when it melts, ruining the mirror-like sheen that skating enthusiasts yearn for.

But when the ice is right, any skater will tell you it’s almost a religious experience.

Skaters who have mastered the basics appear Zen-like, with their arms swinging loosely back and forth in perfect synchrony with their long skates kish-kishing over the ice—the mastery of their form preserved in the long tracks they’ve etched behind them, smooth as a calligrapher’s perfect cursive.

I say “long skates,” because like most of the Ice Buds, Livezey’s blades are several inches longer than an ordinary hockey skate.

Called Nordic skates, they attach like a cross country ski to a back-country boot—where the toe is attached, and the heel is free to lift up. Length is the secret to speed, though skaters need to be diligent about sharpening their blades.

Like racing skates, Nordic skates are designed for maximizing gliding distance rather than providing agility on the ice the way hockey and figure skates do. You won’t be doing any axels or pirouettes on Nordic skates, and your figure eights might take up a half-acre of ice.

Over on the Idaho side, Williams would like to have a pair of Nordic blades but still gets plenty of joy from the hockey skates she uses, but steers clear from figure skates.

“I had a bad mishap with figure skates,” she explained. “The teeth of the toe stop caught me up, and I took a bad header on the ice. I think the neighbors who saw it happen may have gotten a laugh out of it, but I stick to the hockey skates now.”

She finds it hard to ignore the allure of perfect ice.

“It’s smooth as glass and just as clear. You see the bottom, all the fish, and it’s like you’re right in it,” she said. “It can be so clear that I call it ‘freak-the-dog-out’ ice because my Lab thinks it’s open water, it’s so clear.”

Livezey said safety is primary concern for veteran Ice Buds when they skate. “You don’t want to fall through the ice,” he said matter-of-factly, “but it can happen, of course. So you have to be prepared.”

Be Prepared for the Worst, And You’ll Be Fine

As with any sport, you have to be prepared to deal with the worst when it happens.

The Ice Buds Facebook page has lots of information about how to look for treacherous ice, as well as how to extricate yourself should you happen to fall in. As is the case in most types of emergencies, the most important response is to avoid panic.

“Hard not to panic when you fall in cold water, but your body will adjust,” Livezey said. “You have to just work through that panic and get your breath back, and you can get yourself out.”

Williams described once falling through the ice about two miles from where she had parked.

“I got out okay, but it was probably 10 below zero, and I wasn’t sure I would make it all the way back,” she said. “I reached in my pocket for my phone, and realized it must have fallen out where I had broken through.”

Williams had to skate back to find her phone, which she retrieved  by crawling on her belly to where the phone had landed on the ice. “I made it back to the car, very cold, and my laces were so frozen I had to drive home in my skates.”

Surviving A Break Through the Ice

The lesson, in case you’re curious and missed this page in Survival Guide for Ice Skating, is surprisingly simple: don’t try to climb out onto the ice as if you were exiting a swimming pool, because you’ll just break through the ice again when you thrust your weight onto the edge.

Instead, experts say to put your legs out behind you and kick as if you were trying to swim up and out onto the edge. Doing so will enable you to gradually work yourself onto the ice, allowing you to distribute your weight as you gradually crawl onto the surface.

“Two or three inches of ice is perfectly safe if it’s cold,” Livezey said. “And sometimes, when it’s warm, even a foot of ice might not be safe.” He said he commonly skates on ice whose surface fans with cracks as he skates over it.

But even if the ice is cracking, it’s often safe enough to skate on. Some of the best archived footage at the Ice Buds page illustrates this very phenomenon: a skater wears a GoPro video camera, and you can see cracks in the ice rippling ahead of him as he skates on ice that is a few inches thick and clear as glass. He skates close to shore, so it’s not particularly frightening. Being able to see the entire aquatic world encased just below is thrilling.

One of the best parts about skating on a big lake like Canyon Ferry in the middle of winter is getting to hear the symphony of eerie sounds the ice makes as it moves, freezes, and shifts around. It often sounds like the weird otherworldly language of whales recorded under the ocean.

According to Williams, it sounds like it’s alive, creaking and groaning a commanding respect.

Livezey likens it to a soundtrack for science fiction.

“It makes a myriad of sounds, like from outer space or the Twilight Zone,” he said. “But the sounds are familiar and connected to the start of the season, so I feel comfortable and elated to get out on the ice.” MSN 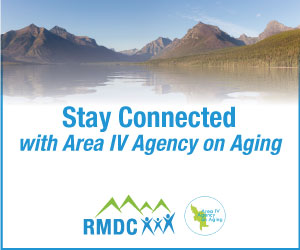