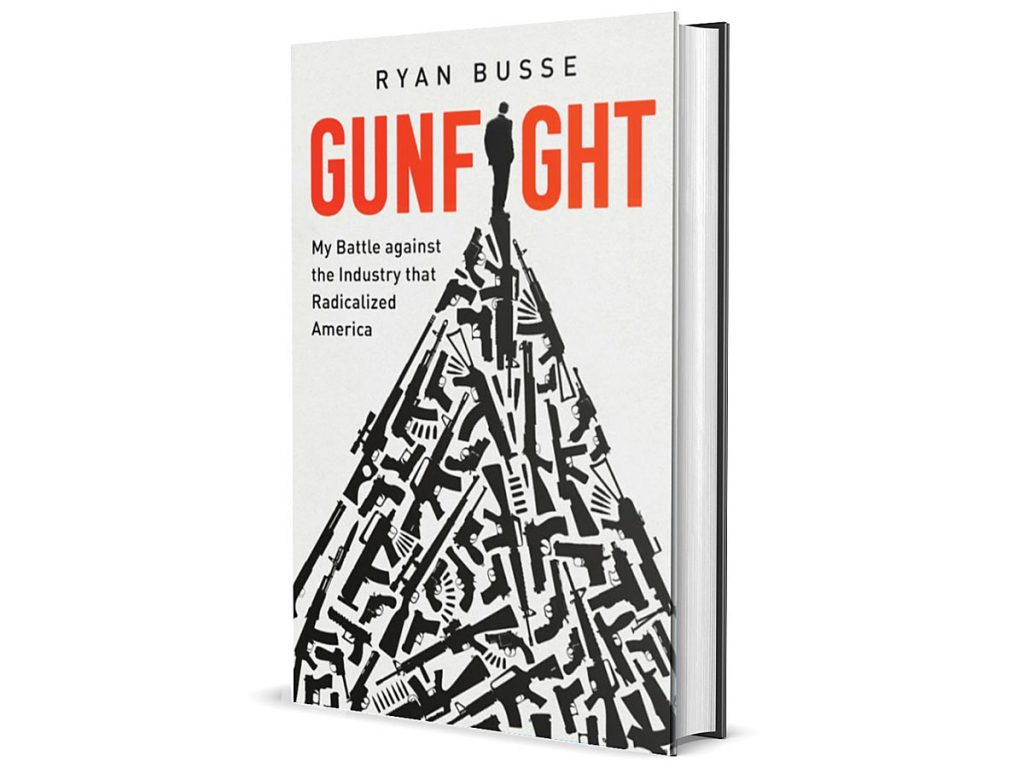 Fellow hunters have been devouring Gunfight, the first book by Ryan Busse, former Vice President of Sales and Marketing for the prestigious Kimber Firearms company and resident of Kalispell, Mont. After 20 plus years in the firearms industry, Busse pulls the curtain away from forces most of us would rather not think about in terms of guns, gun rights, and political influence.

Guns are personal, and they can last for generations. Our gun safe has rifles that are now being used by the fourth generation in our family. My husband can tell you what gun was used on what hunt and which animal it killed, and I suspect many hunters can do the same.

The gun I use for elk and deer hunting is a Kimber Mountain Ascent and the thing is a tack driver: It’s the best gun I’ve ever owned. So, when I got wind of Gunfight, I was eager to read it. After all, how many gunrunners (firearm salesmen) write about what goes on behind the scenes?

What I didn’t expect was how enthralling and thought-provoking Gunfight would be: it’s an absolute page-turner, and I devoured it in one day.

It’s a memoir, but a riveting one, about Busse’s life with guns, beginning with his love of hunting as a young boy on a ranch in rural Kansas, moving through his enchantment and support of public land hunting in the wilds of Montana, and culminating with his reflective new stance on guns after 25 years in the industry.

Guns, as hunters know well, are lethal. They are designed to kill, and woe be it to those who forget that fact.

For an industry whose historical focus had been on hunting rifles and shotguns and high-end pistols for special use in the armed forces and in law enforcement, the advent of firearms like the AR-15 was a sea change for many companies.

When these high capacity, rapid fire rifles began to show up at mass shootings, the gun industry was in a quandary: do they speak out against this assault weapon, or do they toe the line of the gun rights mantra in order to continue to sell product?  It’s a tough decision when livelihoods are on the line, but so is public safety.

As you read about Busse’s response to the changes in his beloved industry, you may need to rethink some of your own assumptions about fire arms, their place in our lives, what the tsunami of assault rifles means for our country, and how gun rights for high-capacity rifles are now an integral part of politics and the fabric of our society.

I hunt, as does our whole family, and we will continue to do so. Busse and his sons have been and will continue to be ardent hunters as well. But engaging in respectful dialogue about the issues surrounding fire arms and their place in our country is important, too.

Gunfight is certainly a catalyst for discussion among thoughtful gun owners. MSN

To order this book, feel free to use our affiliate link below: