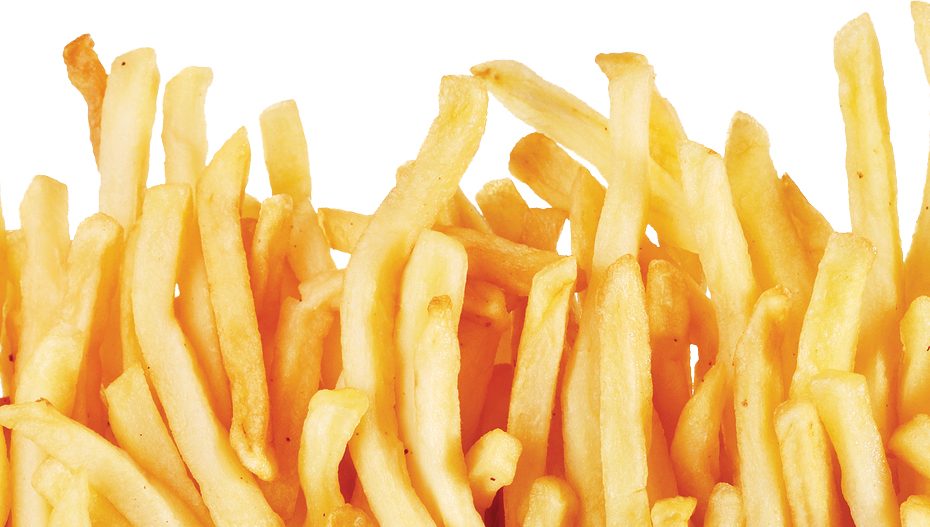 One of the most popular foods in the United States has its own special day: July 13 is National French Fry Day. It’s as good a day as any to enjoy the yummy deep-fried potatoes, whether they’re steak, string, waffle, curly, or crinkled fries.

If you’re attending a county fair or a festival this summer, you might try tornado potatoes. That’s a whole potato cut into thin swirls, put on a stick, then—of course—deep fried.

Potatoes are the most consumed vegetable in the country, with Americans eating an average of 115.6 pounds of white potatoes each year. According to a 2018 U.S.D.A. statistic, two-thirds of those potatoes are in the form of French fries, potato chips, and other frozen/processed potato products. Sweet potato fries have also gained a following in recent years.

The expression “French Fried Potatoes” may have first been used in print in the 1856 book Cookery for Maids of All Work. However, some historians believe the term began to gain popularity after American soldiers arrived in Belgium during World War I and tasted Belgian fries.

Since French was the official language of the Belgian Army at that time, American soldiers began calling the delicious fried potatoes “French” fries.

You can do a lot with French fries besides just frying them, sprinkling them with salt, then dipping them in ketchup.

Many folks prefer the ubiquitous fry sauce, which is usually created by blending one-part ketchup to two-parts mayo. Seasonings can also liven up fries. Garlic, curry or onion powder; sea salt; pepper; and red pepper flakes are just a few of the possibilities. You can also spoon chili or jalapenos on your fries, or pour on some “nacho” cheese sauce. Get creative!

In Canada, fries are an integral part of “poutine,” which is said to have originated in the province of Quebec in the 1950s. Today, though, poutine is practically a national dish. It consists of French fries and cheese curds (sometimes grated mozzarella cheese) which are topped with a warm brown gravy.

Conflux Brewing Company in Missoula, Mont., has created its own version, called Cajun Poutine. For this tasty dish, cheese curds, chorizo country gravy, and Tabasco aioli are piled on top of fries or tots (or cauliflower). Check out CBC’s website at confluxbrewing.com or call (406)926-3589.

Another unusual dish incorporating fries can be found at a popular Sandpoint, Idaho restaurant. Joel’s Mexican Restaurant’s “California Burrito” is composed of French fries, carne asada, guacamole, lettuce, sour cream, cheese, salsa, onions, and cilantro, wrapped up in a flour tortilla. So good! Joe’s Mexican Restaurant can be found on Facebook, or you can call them at (208)265-8991.

Here is one breakfast recipe for French fries. Enjoy! MSN