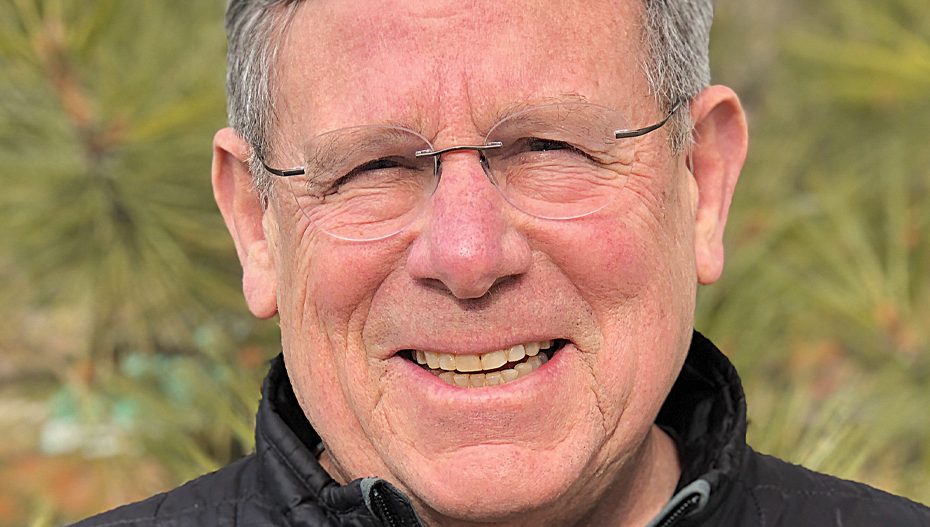 Anyone who knows Dennis Taylor will tell you he’s the kind of person who makes America great. He’s spent a lifetime in service to his country, his community, and his fellow human beings.

Even though he’s now at an age when most people have been retired a decade, Mr. Taylor was recruited earlier this year to be the interim City Manager for Bozeman, a job he’s had in several other cities, including Eugene, Ore., and Whitefish and Helena, Mont. It seems every time he’s ready to retire, some community needs his help, and his commitment to civic duty means its hard for him to say no.

Taylor was born a military brat. His father worked all over the country, though the Bay Area was where both his grandmothers lived, so he thought of that as “home.” That was, at least, until the family settled in Kansas long enough for Dennis to attend junior high and high school in Topeka.

“I was pretty good athlete,” he said with offhand humility. Taylor was a standout in wrestling and a football star who earned a full-ride scholarship to Stanford. A broken wrist his senior year scuttled that plan, and Taylor instead took a double degree from University of Kansas in Political Science and American Studies and embarked on a teaching career.

But the year was 1968, and America was knee-deep in the Vietnam War. He spent the summer after graduation in Berkeley, where, in response to the student demonstrations, the draft board was assigning everyone 1-A.

“At first I was ready to go to jail. I wasn’t a pacifist yet, but I wasn’t going to run to Canada.,” he said. “My dad was a New Deal Democrat who told me, ‘Don’t go to jail,’ and meanwhile my mom was telling me, ‘join the Air Force.’ Well, I had a college degree and signed up with the Marine Corps to be a lieutenant.”

After six months of infantry training and officer school, Taylor found himself in Da Nang in the spring of 1969, right on the heels of the Tet Offensive.

“My first night in country, we were taking mortar fire non-stop. I made the mistake of sleeping in my skivvies that first night, ended up barefoot in a foxhole,” he said. “After that, I slept with a flak jacket and kept my boots on.”

Taylor spent a combat-filled summer that year in the notorious “Arizona Territory” and spent his 23rd birthday in the jungle.

In August, his life changed forever when the battalion of 150 men he was with engaged a force of 1000 North Vietnamese Army (NVA). His battalion commander was killed, and Taylor watched several of his comrades die.

It’s impossible for him to talk about those events without getting choked up. With tears in his eyes, he tells me about one of his soldiers dying in his arms. On the last day of the battle, Taylor himself was shot and nearly bled out, but he was medivacked to Da Nang and then to a hospital in Japan. He spent a month in the Oakland Naval hospital stateside. By October he was participating in anti-war rallies, realizing what a disaster the war was.

He reported to Camp Lejune and was honorably discharged from the Marines in 1971.

Taylor spent the next few years in California plying his political skills, first for the McGovern campaign in 1972 and then for Diane Feinstein’s bid for mayor of San Francisco.

“The whole country was in turmoil,” Taylor said. “Those years from when Martin Luther King was assassinated, and the riots, and Bobby Kennedy, plus the war … I decided I wanted to give back to my country some other way.”

So the next phase of his career was a stint in VISTA (Volunteers in Service to America—often called the domestic Peace Corps), which landed him in Helena, Mont., where he met his wife, Joan.

“We both were in VISTA. I was involved in health care issues, and she created the Montana Foster Parents’ Association. So we worked in all the group homes here in Helena, and we raised five foster daughters,” he said.

Dennis and Joan were both community organizers, and as she segued into a career in social work, Dennis went to work for state and local government.

“I think Joan imagined I was going to be a Saul Alinsky kind of organizer,” Dennis joked, “and was a little disappointed went I sort of ended up being ‘the man.’”

At the same time, Taylor was fighting local battles on behalf of the elderly retired population of renters who happened to be living in downtown Helena’s Electric Block and who had all been served eviction notices as part of Urban Renewal.

“So now I’m fighting city hall, which we won—the tenants all got six months and funds to relocate.” Along the way, he served on the Neighborhood Council and Citizens Advisory Council, but then decided to go to grad school. That only lasted a year before he decided he didn’t like it, and he came back to Helena in 1974.

“Bob Johnson gave me a job as a Health Planner, and that started me on a 20-year career in state and local government,” he said.

Taylor’s jobs in that time included a stint as State Personnel Director and Labor Relations, Chief Administrative Officer for the City of Missoula, and City Manager in Helena in 1999.

“I’ve worked for several mayors, including Dan Kemmis,” Taylor said. “I remained good friends with all of them.”

Perhaps the most interesting thing about Dennis Taylor’s service career is the philosophy behind it. “I believe in democracy,” he said. “The great thing about city government, for example, is you’re part of a larger mission, which is the idea of shared community responsibility. The elected officials are your neighbors—you see them at the grocery store. And the cool part is that you can make a difference in your community, even with people you might not agree with. The big question is, ‘can we govern ourselves with civility?’”

The more Taylor talks about public policy and local involvement, the more excited he gets. You can tell he enjoys the work, and you know he’s good at it, because various cities keep asking him to go to work for them. He came out of retirement the first time to be Helena’s City Manager a couple of years ago, and, as soon as he hung up his coat and hat for the last time there, the city of Bozeman came courting. He agreed to be the interim City Manager there for the next six months.

“I’ve been in public service now for 45 years,” he said. “I studied management, and I have a strong civic and professional ethic. My upbringing, my Marine Corps experience, VISTA, all that—it gave me deep commitment to ethics and integrity. No scandals on my watch in 45 years,” he said with a grin, ending on a rare note of pride.

Does he have any advice for city and local governments in Montana for the future?

“Well,” he responded, thinking seriously about it. “My wife has been involved in aging issues, especially long-term care for a while, and has been chair of the governor’s council on aging for six years. So every time I became a city manager, she would tell me, ‘you have to prepare for this aging Tsunami’—the demographic shift as so many baby boomers get older. It’s already hit Eastern Montana. We are going to need to make that a central part of what we do as community planners and organizers.”

As he summed up his career, he brought up his Vietnam experience once more.

“War is hell, but in the middle of a firefight, you have a certain exhilaration, which is not unlike the political process.”

He capped it off with his own personal view about his life as he’s lived it: “After almost dying in Vietnam, every day afterward has been gravy. I have not had a bad day ever after that. And when you go through something like that you try to give back to your community.” After a pause, he closed his eyes for a moment and added, “For those who can’t.” MSN