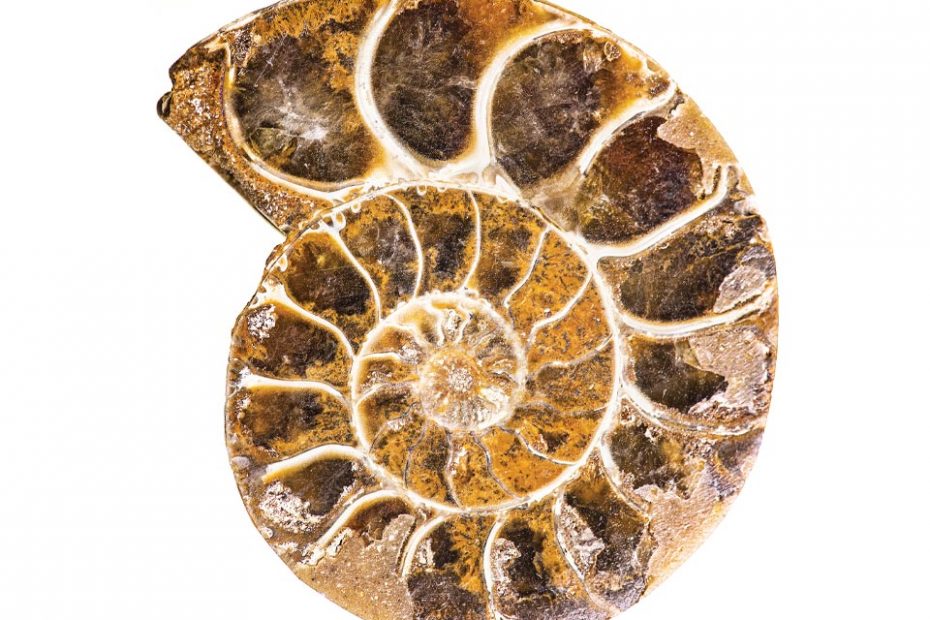 I’m a rocker. No, not the rock-and-roll kind, the geo-kind—a rockhound, an amateur collector of Earth’s past.

I started young, growing up in Northern Minnesota, keeping treasured rocks in the pockets of my little jeans. Today, a few favorite specimens I collected over decades sit on my desk.

All are useful paperweights, but my real attachment to them is the stories they tell, of a trail, a stream, a flight, a person, and geologic ages.

Rocks are silent friends that keep me company and bring back thoughts of adventure, but there is one that has eluded me.

Over decades, I wanted to own an ammonite fossil like one that caught my eye as a 6-year-old in a museum on the Oregon Coast.

I loved the curl of the small shells resembling a ram’s horn and knowing these beautiful water creatures existed across geologic time periods, becoming extinct with the dinosaurs about 65 million years ago.

As I continued to search for ammonite fossils sometimes found in Montana, I have also visited coastal areas, which are prime locations to search. The fossils may have fallen from eroded cliffs, surfaced along the shore at low tide, or become exposed in rockslides following storms.

Sometimes, on short takeoffs from sandbars, I carried a sack of rocks nearly as heavy as my backpack.

On a friend’s property in rural Alaska where they do hydraulic gold mining, I was more interested in the excavated fossilized bones of large ancient creatures than gold nuggets.

Unfortunately, I have no treasures from that site, but North of Fairbanks, I met a hard-rock gold miner who gave me a slab of quartz with sprinkles of embedded gold.

The swirls and sparkles remind me of tenting under black skies with stars so close to Earth they looked like golden sparks dancing with the Northern lights.

Montana is called the Treasure State for good reason. Much like Alaska, Montana has endless rock formations, precious metals, semiprecious stones, and fossils. Many locations are open for public exploration and rock collection.

You can find garnets and multicolored Montana sapphires at the Ruby Reservoir and at Crystal Park. Bring shovels to the public dig sites, where you’ll happen upon amethyst and quartz crystals. If you don’t want to get off the beaten trail, drive on into Philipsburg, and buy a bag of gravel from the Gem Mountain Sapphire Mine to explore in your own backyard.

Montana is also a prime location for fossil exploration. One can find thousands of specimens here, including plants, insects, and fish.

The first dinosaur fossils were discovered in 1855 near the mouth of the Judith River. Along the Dinosaur Trail, sites are scattered across Montana east of the Rockies from Choteau and Bozeman to Harlowton, across the Highline and as far east as Ekalaka. This odyssey takes days and offers many photo opportunities. You don’t even have to get your hands dirty, but, remember, it’s illegal to take fossils home.

My lucky year was 2020. I found an ammonite, not on the ground, but on a pendant for sale in a silent online art auction. I had marveled at the beauty of these fossil creatures over a lifetime, and now I have one to admire with my other treasures—only this one I wear near my heart. MSN