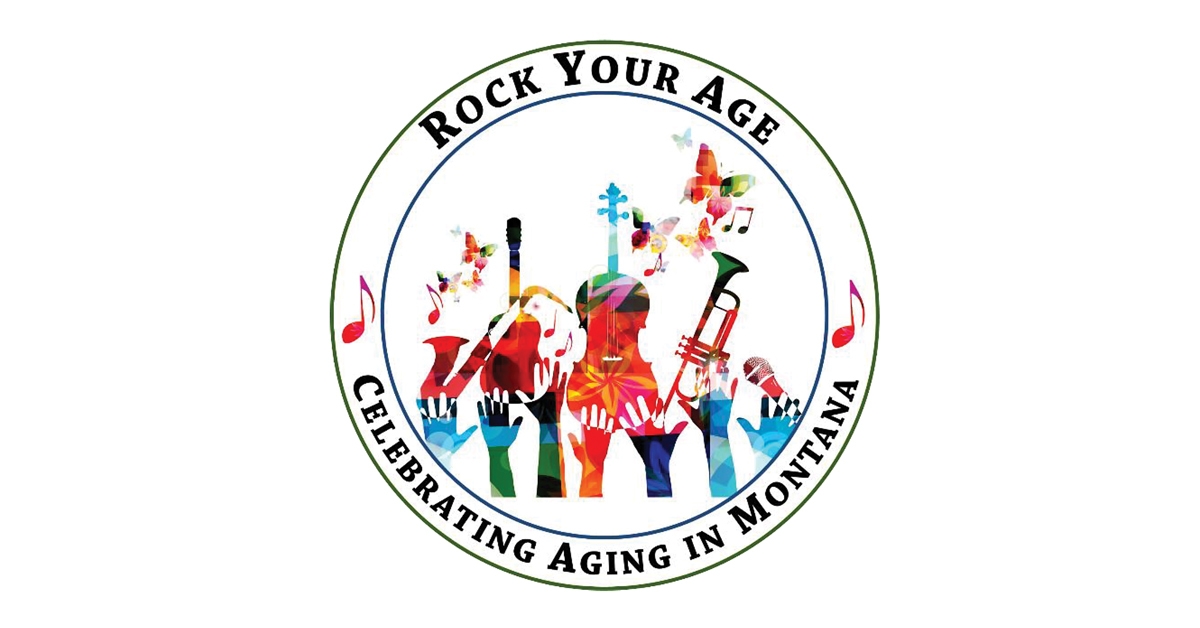 Six or seven years ago, my wife’s grandfather lived for a while at the Rainbow Hotel in Great Falls, an apartment building set up in large part for people of advanced age (the sign advertises it as “Senior Living”).  Grandad was 92 at the time, but down the hall lived a semi-famous character named Walter Breuning, who was 112. Grandad laughed when I told him, “That guy could call you ‘junior!’ He’s 20 years your senior.” Walter died a few years later—a few months shy of 115.

While it’s not exactly an exploding demographic, the number of people who live to be a hundred is trending upward, and the “Governor’s Centenarian Banquet” is one of the features of the 50th Annual Governor’s Conference on Aging being held September 25-27, this year (2018) at the Radisson Colonial Hotel in Helena.

There’s no question that 80 seems to be the new 60, and the motto for this year’s conference is appropriately enough, “Rock Your Age: Celebrating Aging in Montana.”

According to Jackie Stoeckel, Program Specialist in the Aging Bureau of the Senior and Long-Term Care division of The Department of Health and Human Services, Montana’s 2010 census showed we had 175 centenarians, and future projections estimate that by 2025, we will have over 3000 people in Montana over the age of 100!

Stoeckel also noted that demographic projections show the rural areas of Montana will be profoundly impacted by an aging population: some counties may expect by 2020 that 30 to 40 percent of their populations will be over 65.

The median age of the state right now is about 40, but some counties (Carter County, for example,) is almost 51.

Keynote speakers for this year’s event include Lance Robertson, Assistant Secretary for Aging, Administration for Community Living, who will present “Celebration of Aging”; Elaine Ryan, Vice President for State Advocacy for The American Association of Retired Persons (AARP), who will present a talk on how to “Disrupt Aging”; Lynn Mullowney-Cabrera, Executive Director of the Alzheimer’s Association (Montana Chapter), will offer a presentation about “Lessons from Life-long Teachers”; Nanette Whitman-Holmes, Director of Life Enrichment at Touchmark in Helena, will be talking on the “Best Friend Approach to Caretaking”; and William Marcus, one of Montana’s most familiar radio voices from MTPR, who will accompany the host and producers of Backroads of Montana (MT PBS Series) to talk about “Backstories of Backroads of Montana.”

The conference will offer numerous break-out sessions as well during the day, covering topics ranging from “Health Promotion for Rural Communities” to “Power of Attorneys—What you should and should not do.”

For gerontologists as well as the lay public with connections to aging relatives, this conference promises to be interesting and enlightening.

The conference features live entertainment as well, including performances by Montana’s beloved Drum Brothers and also The Geriactors.

Registration for the event is $75 and information is available at https://dphhs.mt.gov/sltc/aging/GovernorsConferenceonAging. Lodging is of course available at the Radisson, and with a special conference rate available.