National Memorial for Peace and Justice — Enlightening Our Inconvenient History 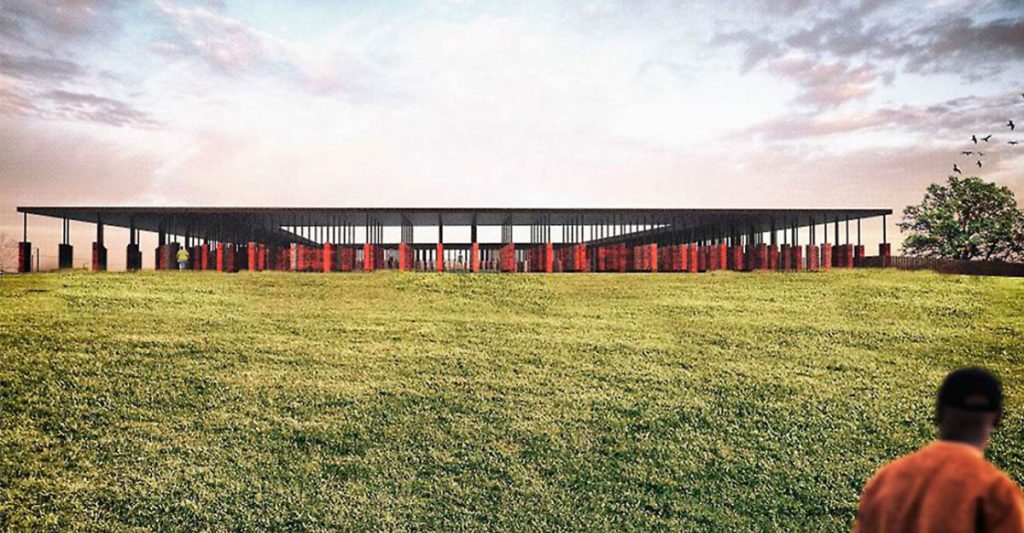 Many people struggled to understand the fuss over memorials and symbols honoring the Confederacy last year. Why should they be taken down after standing for a century or more, and what did Montana have to do with such memorials?

We learned that the Daughters of the Confederacy had erected a memorial in Helena in 1916, inscribed, “In Longing Tribute to Our Confederate Soldiers.” This was the only Confederate monument in the Northwest, and it was removed in 2017.

Montana writer and Civil War historian Ken Robison tells about Montana’s connections to the Civil War in his recent trilogy of books. In Confederates in Montana Territory: In the Shadow of Price’s Army, he wrote, “Having lost the war, the South was determined to win the peace on its terms.”

The monument in Helena, he notes, was dedicated when “race relations in the country were the nadir, with segregation and lynchings reaching their peak.”

He suggested that rather than tearing down the monuments to the Confederacy, we interpret them with added information and create new monuments that acknowledge the untold history behind them.

This has begun elsewhere, for example at the 2016 opening of The Smithsonian’s National Museum of African American History and Culture in Washington, D.C. As well, The Legacy Museum: From Enslavement to Mass Incarceration and the nearby National Memorial of Peace and Justice will open in Montgomery, Ala., on April 26, 2018.

Both  the  memorial  and  museum  are  the work  of  the  Equal  Justice  Initiative,  a  group dedicated “to challenging racial and economic injustice and to protect basic human rights for the most vulnerable people in American society.”

The museum is just a block from one of the most prominent slave auction spaces in America, steps from the dock and rail station where tens of thousands of black people were trafficked during the 19th century.

The memorial, commemorating the lives of thousands of African Americans who were lynched during the era of racial terrorism in the U.S., sits on the site of what was once a slave warehouse.

The lynchings not only left thousands dead, they traumatized countless more, trapping them in poverty and marginalizing them in Southern society. Meanwhile, state and federal officials did nothing.

Millions escaped the Klan and apartheid of the South, to head for cities in the North or West.

The memorial sits on a hilltop overlooking Montgomery, a city with 59 memorials to defenders of slavery and champions of racial segregation and white supremacy.

Until now, nothing has acknowledged that Montgomery was one of the busiest slave ports in the U.S., or that it hides a history of racial violence.

Initially, the memorial’s 800 columns appear to be holding up the roof, but when visitors walk up to it, the ground drops away to reveal that the columns are suspended from above, evoking the image of lynching. The columns represent the 800 counties where lynchings have been verified.

In the 6-acre field outside the museum stand 800 identical columns, bearing the names of these counties. Each county has the option of taking the column bearing its name as a memorial of their own.

The columns representing counties choosing not to confront this truth as part of their history will remain at the site.

The Legacy Museum has interactive displays that dramatize the stories of slavery, racial terrorism, legalized segregation, and current issues. One display shows rows of glass jars filled with soil from lynching sites, each one inscribed with the name of a lynching victim.

EJI founder and director Bryan Stevenson, writes, “In this soil, there is the sweat of the enslaved. In the soil there is the blood of victims of racial violence and lynching.

There are tears in the soil from all those who labored under the indignation and humiliation of segregation. But in the soil there is also the opportunity for new life, a chance to grow something hopeful and healing for the future.”

Stevenson, a graduate of Harvard Law School, is a professor of law at New York University Law School. He has won national acclaim for his work challenging bias against the poor and people of color.

He has received numerous awards, including the MacArthur Foundation “Genius” Grant. He’s the author of Just Mercy, which Time magazine named as one of the top 10 non-fiction books of 2014.

Memorials Around the World

The memorial was designed by Michael Murphy, MASS Design Group, who also created the Kigali Genocide Memorial in Rwanda and the 911 Memorial in New York City. Countries like Germany, Rwanda, and South Africa built memorials to reflect on the atrocities of their past.

Berlin marks the home of each Jewish family that was abducted, encouraging visits to the death camps, so people acknowledge and grieve the horrors of the past.

These monuments, memorials, and museums are meant to acknowledge the truth of history’s darkest times, making way for repentance, forgiveness, and healing.

“We have not done this in the United States,” Stevenson said. “Our nation’s history of racial inequality casts a shadow across the American landscape. This shadow cannot be lifted until we shine the light of truth on the destructive violence that shaped our nation, traumatized people of color, and compromised our commitment to the rule of law and equal justice.”

“If there is anything Germany can share from its own experience, it is this: facing up to the grim truth of what took place is the only path to begin reconciliation,” he said. “A past that is not examined fully and honestly will remain a burden for the future.”

Alternative memorials, monuments, and museums allow U.S. citizens to engage with honesty about our own history of atrocities, abuse, and racial injustice, so we can experience healing and reconciliation.

For more information about the memorial, the museum, Bryan Stevenson, and the Equal Justice Initiative, visit www.eji.org.